Why Latin America primary education is so bad

School systems in Latin America and Caribbean region (LAC) are facing important challenges. How should governments promote equality of opportunities in learning? What are the most efficient policy strategies to temper the effects of relative disadvantage on academic achievement among students? How early should we intervene to address performance inequalities? Should we focus on social background inequalities between students or on school processes to level the learning bar? How can we guarantee social inclusion in school enrolment as well as an efficient selection mechanism based on needs, abilities and interests?And, how can we train teachers in order to deal with disadvantaged social contexts adequately?

The countries in the region are among the lowest performers in international assessment for general skills to participate fully in society (PISA). Eight countries from Latin American participated in PISA 2012 –Argentina, Brazil, Colombia, Chile, Costa Rica, México, Peru and Uruguay. They performed among the 20 worst countries in all subjects. The best performer was Chile, who scored level 2 (threshold for basic skills), and the worst was Peru. At the end of compulsory education, the average Latin American average student is at the lowest level of PISA assessment, which means not to be able to interpret or recognize problems that require more than direct inference.

We know less about the educational and social processes that generate inequalities during primary education in LAC. Results of TIMSS -a curriculum-base large-scale assessment in mathematics and science for 4th and 8th graders- showed a similar pattern for the only two countries of the region that participated, Chile and Honduras. However, despite such bad news, the region shows improvements in all subjects, as the third regional evaluation from UNESCO informs us.

The first release of TERCE was in December 2014, and the second, in July 2015. Although results mirror PISA trends – at least 50 per cent of Latin American students does not reach the minimum proficiency levels in mathematics and science; they show overall improvements in learning achievement in the majority of the countries. Chile, Mexico, Uruguay and Costa Rica lead the ranking with higher percentage of students achieving proficiency, but only Chile has been improving. Uruguay and Costa Rica prove a relative decreasing trend, compared with last round in 2006. In previous rounds, Cuba reached the top list, but this time it did not participated in TERCE. At the bottom of the rankings we find Guatemala, Honduras, Nicaragua, Panama, Paraguay, and the Dominican Republic. It comes without surprise that top performing countries have stricter standards in their national assessment than the regional levels. The opposite situation as found in countries at the bottom of the ranking, according to IADB.

Information from associated factors to learning showed that achievement inequalities within these school systems are driven by the social background of their student bodies, a cross-national shared feature, and by institutional weakness. Although there have been remarkable regional improvements during the last fifteen years, in which primary-school age children enrolment reached 95% -very close to OECD countries rate (96%)- alongside its unprecedented economic growth and consolidation of democratic governments, the region is still lagging behind developed countries in terms of the organization of school systems.

These urging questions can be disentangled by distinguishing two main institutional dimensions. On the one hand, the degree of differentiation – which relates to the adequate sorting of students and the provision of different curricular tracks; on the other hand, the degree of standardization. This includes centralized control of funding, budgets, teacher training (input) and national examinations (output), the equalization of social background influence and the design of incentives among teachers and students.

In this regard, TERCE results show common patterns across countries’ different institutional frameworks, consistent with what educational research has found mostly in developed countries. For instance, from the side of parents and students, pre-school attendance and involvement of parents in children education from lower social backgrounds have a positive effect on outcomes. Moreover, for gender and ethnicity, TERCE calls for a mix of socioeconomic interventions aimed at implementing inclusive practices, which has been related to higher educational performances, especially in rural areas. It also suggests the provision of specialized curriculum (e.g. vocational training), according to local characteristics.

From the school side, evidence shows that teacher training has no effect on students’ performance. Simultaneously, classroom practices and organizational features of schools, like a good classroom climate, have a positive effect. Although LAC countries have a high rate of trained teachers, variations in how they develop their professional career and in the ways they are integrated in the school system might explain a part of achievement distribution. Finally yet importantly, the high level of socioeconomic segregation in school systems predicts accurately the achievement gap between schools. These issues call for an expansion of performance interventions by equalizing pedagogical practices, resources – a strong standardisation of input- and refined national assessments (output). Transnational policy strategies could guarantee inclusive policies of enrolment among schools in LAC countries.

Therefore, TERCE results had shed some light in LAC countries’ challenges: the need of balancing between the degree of school’s autonomy as learning communities, related to the differentiation between types of schools (i.e. vocational/academic, selective/non selective, secular/religious) and the degree of control led by the central authority. These policies have taken different forms and orientations in LAC. Centralized school systems, based in strong standardized policies, like Cuba, have shown highest regional performance. Autonomous and differentiated institutional frameworks, like the federated school system in Brazil, or the choice-driven school system in Chile, have shown improvements that clash with highly segregated school systems.

Overall, more information is needed to understand the specific social and educational processes that generate inequalities in educational outcomes on each country. The enhancement of national systems to assess pedagogical and research purposes, alongside the existing comparative regional and international assessments, can provide immediate and important results. 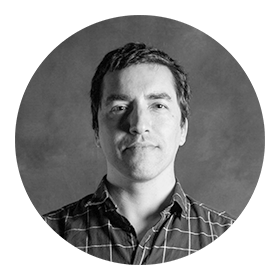 Francisco is PhD candidate at the Sociology department of the University of Amsterdam and affiliated with the Amsterdam Institute for Social Science Research (AISSR), Amsterdam Centre for Inequality Studies (AMCIS), and the programme group Institutions, Inequalities and Life courses (IIL). His PhD research focuses on the social processes that generates inequalities in individual educational outcomes, both academic performance and decision-making in access to educational opportunities over time, in Chile as country case. His research interests include the sociology of education, social stratification and mobility, labour market outcomes, educational inequality as well as quantitative methodology. He has extensive experience in empirical research and public policy, in both private and public organizations. He has worked previously as researcher and research coordinator at the National Assessment Office, Chilean Ministry of Education, and as researcher and consultor in private companies, in areas of public affairs and customer and employee relationships. He holds a master’s degree in social policy (research) from the London School of Economics and Political Science. For his academic work on his thesis in this programme he won the IEA Bruce H. Choppin Memorial Award 2014, conferred by the International Association for the Evaluation of Educational Achievement (IEA). He also holds a master degree in sociology from the Pontifical Catholic University of Chile.

A too simple story