In June 2015, the wire service Reuters ran a unique story – the “water wives” in Western India. The story quoted a man who said: “My first wife was busy with the kids. When my second wife fell sick and was unable to fetch water, I married a third.” He alluded to the water scarcity in the drought prone region of Maharashtra, but more strikingly, his words unwittingly cast light on the status of women engaged in unpaid work.

Before the World Summit for Social Development (Copenhagen, March 1995) and the 4th World Conference on Women (Beijing, 1995), unpaid work rarely figured in the discussions on ‘work’, ‘employment’, or ‘labor’ by economists and sociologists. Since then, there have been considerable efforts to analytically improve the questions of measurement and reporting in terms of incorporating unpaid work into the wider discussion. The Progress of the World’s Women Report (2015-2016) recently released by UN Women reveals that men do three fewer hours of unpaid care and domestic work than women on average per day. To stress upon the consequences of such asymmetries, the UN Special Rapporteur on Extreme Poverty and Human Rights’ report (2013) treats unpaid care work as a major human rights issue which condemns women to poverty and exacerbates the existing gender inequalities.

The fact that women’s unpaid work is a global priority today is evident from the fact that it finds place in UN’s Sustainable Development Goals (SDGs) which replaced the Millennium Development Goals (MDGs) in September, 2015. Within the stand-alone Goal 5 on gender equality and empowerment of women, the subsection 5.4 deals with “recognizing and valuing unpaid care and domestic work.” This has propelled a great deal of discussion and deliberation within the agencies of the UN, NGOs, academia, government institutions and private sector on the need to acknowledge how women’s unpaid work creates a gender gap by deterring the full realization of women’s rights. That said, what is less clear is the causal chain by which unpaid work translates into diminished outcomes for women, i.e., how does performing unpaid work create further gender inequality?

In 2012, during my field work days on work status and female autonomy among women tea plantation workers in the hill tracts of Munnar, South India, a repeated inference was how the combination of women’s paid and unpaid work negatively impacted the positive spill overs of paid employment. The women tea plantation workers told me that they felt “better off in terms of the income they earned and the purchasing power it granted them” but at the same time, they unanimously claimed that they felt “worse off in terms of their leisure time”. They found little time to watch television or go shopping due to their household chores – cooking, cleaning and looking after their children. This common complaint is referred to as “time poverty” – a concept that lack of time acts as a constraint in translating the access to income and resources into welfare outcomes for women. A direct consequence of time poverty is that women’s paid work, domestic (unpaid) work and reproductive labor jointly mount pressure on their lives. This “triple burden” comes in the way of enjoying the benefits of their work status and thereby takes a negative toll on their autonomy and ultimately welfare.

One way to bring these issues to fore is to include women’s unpaid work as a component of a country’s GDP. For instance, The National Statistics Institute (INEGI) of Mexico includes unpaid labor in its GDP by calculating the “costs in time/labor needed to meet the demands of the home and the net salary that would be paid for someone undertaking those tasks.” Currently, they estimate that unpaid work accounts for about 15% of Mexico’s GDP. Such an approach forces countries to radically rethink not just its statistics or what it means to work but would also offer dignity to invisible labor of millions. The consequences also undermine the view of homo economicus as a rational, utility maximizing automaton, but force us to ask if non-economic motivations deserve more scrutiny. As the economist Nancy Folbre asks in her book ‘The Invisible Heart’ (2012), did Adam Smith’s wife or mother fix his dinner “out of self-interest too?”

Where do we then go from here? To begin with, it is useful to think about how women’s unpaid work can be reduced and redistributed. Technology may be an immediate answer. Time saving technology, like blender and pressure-cooker, has had a major impact on easing the drudgery in the kitchen. Still, poverty and cultural constraints do not make the provisions of new tools necessarily effective. Paid paternity leave should be a common-sense-measure to bring more gender equality through the redistribution of childcare at home. Institutional intervention through fundamental social protection schemes are crucial steps towards the assessment of women’s care work. In Chile, for instance, Crece Contigo (Child Grows with You) supports working mothers by providing children from vulnerable families with free access to crèches.

Above all, advocacy is decisive. It is fundamental to make people, especially men, visualize the prospect of changing the sexual division of labour- the conventional idea of men as breadwinners and women as caretakers. Till then, unlike the science fiction “Invisible Man” who was powerful, we will have societies with all too real legions of “invisible women” with little (if any) power to take control over their own lives.

On the gridlock of rural electricity access in India
PEN Eritrea's fight for the detained and threatened journalists
Share this:
Tags:
sexual division of labour unpaid work
Previous

PEN Eritrea's fight for the detained and threatened journalists

On the gridlock of rural electricity access in India 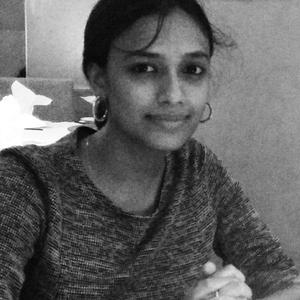 Ardra Manasi is a Master’s Candidate in International Affairs at the Milano School of International Affairs, Management and Urban Policy at the New School for Public Engagement, New York City. Previously, she was educated at the Indian Institute of Technology (IIT) Madras, India. She has worked with “AID India” (an educational NGO based in Tamil Nadu, India), with UN Women on a consultation project and currently works for India China Institute (ICI), New York City. On Twitter, she is @ArdraManasi