“Beira will be a safer, more sustainable, prosperous and beautiful city”

Beira, is a city built during the 19th century by the Portuguese and designed for at least at most 30 000. Today the population has grown to over 400 000 with thousands of people living in unplanned settlements putting a strain on the city’s facilities. Residents in Beira,Mozambique’s second largest city, are living in fear as the ‘angry’ Indian Ocean threatens swallow them.

And apprehension is growing among residents that the biblical apocalyptic end is nigh.

The city, which is central for the economy of Mozambique, and the neighbouring landlocked countries like Zimbabwe and Zambia, is practically under siege from tropical cyclones, storm surges, floods and the rising sea level.

Experts say wind risks in Beira are much higher than the capital Maputo, where storms dissipate energy largely. Also, as the report -Assessing the Risk of Cyclone-Induced Storm Surge and Sea-Level Rise in Mozambique says, “Maputo is more effectively shielded by the Madagascar land mass which also tends to dissipate cyclone energy and as such the probability of intense wind events is much higher in Beira than in Maputo”.

Experts have linked these disasters to climate change. Residents in this impoverished city are at their wits’ ends. They can’t save their homes from the marauding sea, which has become very hostile with each passing season. Every year one or another form of extreme weather condition ravages the city.

A Beira resident, Mussa Joanne says that the situation is becoming unbearable for the poor residents.   Many people in this coastal city have their houses near the sea: most of them have been destroyed by the water.

Some of these houses are shelters, essentially. They are just crudely structures, which are not strong enough to withstand the gushing sea water, tropical cyclones and storm surges.

“We have been trying to build barricades using sand bags and stones but this is not working. We are poor but we are trying to use available resources to address the problem,” Joane says.

Adding that: “The situation is worsening; we started observing these serious changes more than 10 years ago.  Sea water is coming with a lot of force, destroying our houses. We need assistance from the government. Yes, we are trying to address the problem using the resources available to us but that is not enough. With the assistance from government, I think we will be able to address the problem. We cannot move away from the sea because this where our life is”.

At the same time, as Vanessade Santos tells A-id, salty seawater is flooding local farms rendering them unsuitable for crops. “We have been living more than 25 metres from the sea but the water is keeping on coming close to us. The sea water is taking everything from us. At times we woke up with our property gone, even our cooking charcoal or firewood gone. Many houses were destroyed and our markets stalls were destroyed too. Residents are using sand bags to protect themselves but that is not enough,” she says.

An international environment watchdog, Greenpeace International said coastal flooding and storm damage, eroding shorelines, salt-water contamination of fresh water supplies, flooding of coastal wetlands and an increase in the salinity of estuaries were all realities of even a small amount of sea level rise. “Resources critical to island and coastal populations such as beaches, freshwater, fisheries, coral reefs and atolls and wildlife habitat are also at risk,” reads part of a report by Greenpeace International.

But even with the limited resources, the municipality of Beira was bullish that it would save the city from total ruin. And working with a consortium of private companies, the city has come up with an ambitious plan- the Beira Master Plan- which is expected to run till 2035.  Plans are already underway to relocate over 100 000 residents living in the city’s flood prone low lying areas.

A Dutch engineering firm, Deltares, supported by a consortium of various private companies, has helped to design the master plan.

The mayor of Beira, Daviz Simango has recently declared that up to US$100 million was needed to fully implement the plan. He called on private players to chip in with the much needed financial support. Despite  lack of funds, Mr Letitre, senir project manager of Deltares, says that, one the full plan has been implemented, “Beira will be a safer, more sustainable, prosperous and beautiful city”.

As part of the plan, the city would stop uncontrolled issuing of land use concessions in areas designated for water retention. The disorderly urban development of Beira is partly caused by land speculation as concession fees are relatively low and future ﬁnancial stakes are high. Land speculation affects sustainable development of Beira as concession holders or private developers are not encouraged to realize basic infrastructure and to create suitable land for construction. The master plan also revealed that land speculation increases prices for land and real estate, which hinders the affordability of land and real estate for lower class incomes.

Why Ethiopian plans for Renaissance are so controversial
Cooperation and development have changed
Share this:
Previous

Cooperation and development have changed

Why Ethiopian plans for Renaissance are so controversial 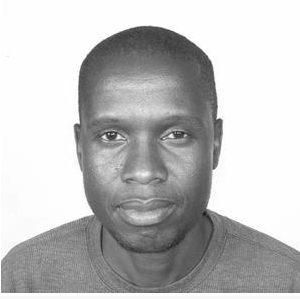 Andrew Mambondiyani is a journalist based in Zimbabwe with a special interest in climate change, agriculture, sustainable development, human rights and the environment in general. Between 2010 and 2011 he served as a Knight Science Journalism Fellow at MIT (USA) and in 2008 he was a Middlebury Environmental Journalism Fellow (USA).