Why Ethiopian plans for Renaissance are so controversial

The Grand Ethiopian Renaissance Dam (GERD) is a gravity dam currently under construction on the Blue Nile River in the Benishangul-Gumuz Region of Ethiopia, about 15 km (9 mi) east of the border with Sudan.

The construction began in 2011 and is expected to be completed in 2017.

The GERD is presumed to be the largest dam in Africa after completion. It is nearly two-kilometer-wide and 170-m-high with a total volume of 10 million m³.

According to Ethiopia’s recent announcement, 60 percent of the construction of the dam has already been completed and the installation is scheduled to begin soon. The government says the dam will be completed according to its plan and will start to operate next year.

“We are working hard to complete the project in the coming year”, government Communication Affairs Office Minister Getachew Reda told to journalists last week. “When turbines are installed, 70 percent of the project will be complete. The rest doesn’t take us much time.”

The project costs Ethiopia more than 4 Billion Euro and is part of the country’s ambitious plan to boost its energy production to 12,000MW in 2022 to become a regional powerhouse. The government says the dam alone will generate up to 6000MW.

The construction of GERD has, however, been a source of disputes  between Ethiopia and Egypt.  Since construction began in 2011, governments in Egypt have cast the dam as an existential threat.

Egypt fears the new dam, slated to begin operation in 2017, will reduce the downstream flow of the Nile, which 85 million Egyptians rely on for almost all of their water needs. Top government officials in the Ministry of Irrigation claim Egypt will lose 20 percent to 30% of its share of Nile water and nearly a third of the electricity generated by its Aswan High Dam.

“The dam will not harm the interests of Sudan and Egypt” Reda said. “But if some (parties) believe that they will be harmed by it, then this is not Ethiopia’s problem.”

Ethiopian government officials believe that GERD would have the capacity to insure domestic energy independence and would dramatically change the livelihoods of the population of Ethiopia and transform the economy.

Currently, approximately 83% of Ethiopians do not have access to electricity and rely on biomass energy sources, such as fire wood and charcoal.

The projected energy production from the GERD is also estimated to produce an energy surplus that Ethiopia will be able to sell to neighboring countries including Sudan and Egypt. Officials say this will make the country the largest exporter of power in Africa.

What is striking about GERD is that it has been controversial not only among Nile basin nations but also Ethiopians. It has been a point of contention among Ethiopian politicians, journalists and political activists since the project started in 2011.

The project is a national pride for some. Many, however, has continued to express their objection to the dam claiming the intention of the project is not economical but political. They believe that GERD is intended just to divert public attention from politics.

Negotiations between Egypt, Ethiopia and Sudan began at the same time as the construction works, in the hope to reach an agreement regarding the crisis. And the first agreement was signed in 2015 after several negotiations failed. According to this agreement, the two countries should conduct impact study until 2017. This agreement also requires the two parties to comply with the study’s recommendation.

Despite the agreement, the tension between the two countries has, however, continued throughout the construction process. And the potential for disruption and war is still enormous.

Brexit: there is a way to an even stronger Union
"Beira will be a safer, more sustainable, prosperous and beautiful city"
Share this:
Previous

"Beira will be a safer, more sustainable, prosperous and beautiful city"

Brexit: there is a way to an even stronger Union 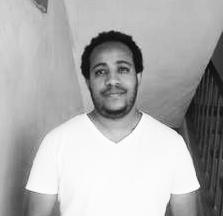 Betre Yacob Getahun is an Ethiopian journalist. He received his BA Degree in Journalism and Communication from Bahir Dar University in 2008, and has worked for several publications. He is also the co-Author of Nipo Nipo Tu, a book published in Italian.