Making the State local: The Politics of decentralized governance in Pakistan

Pakistan is currently in the midst of its longest uninterrupted phase of democratic politics. The most recent return to democratic politics in Pakistan occurred in 2006, when parliamentary elections marked a transition of power from General Musharraf’s military government to popularly elected governments.

The subsequent parliamentary elections of 2013, marked the first time in Pakistan’s 69-year post-colonial history that an elected government completed its term in office uninterrupted, and successfully transferred power to another elected government. Pakistan is now closer to the threshold of the ‘two turnover test’, a benchmark developed by Samuel Huntington which predicts that if a new democracy survives two turnovers of power, then it is more likely to achieve a stable democratic system.

Although Pakistan’s decade of democracy has been shaky, marked by the power struggles between the military and elected governments and infighting between major political parties and regional coalitions, there are some important signs, that a slow deepening of institutionalized democratic politics is taking place in the country, however tenuous.

An illustrative example is Pakistan’s recent attempts at decentralized governance, most notably the 18th constitutional Amendment, a landmark legislation, passed by Pakistan’s parliament in 2010.   The 18th Amendment devolved numerous important ministries previously held by the federal government in Islamabad to Pakistan’s four provinces.

The 18th Amendment reduced the ’federal list’ of subjects, which have exclusive parliamentary oversight, and abolished the ‘concurrent list’, allowing provincial assemblies far greater legislative powers over a wide range of subjects. The 18th Amendment provided a legal framework for a structural reshaping of the state into a decentralized federation, with substantial legislative and policy making power in key areas such as health, education, and social welfare policy now firmly concentrated in the hands of Pakistan’s second administrative tier: the four provincial governments.

These reforms aimed to reflect the original structure of Pakistan’s 1973 Constitution, whose architects, recognized substantial provincial autonomy in governance, an area that has been repeatedly altered during periods of democratic and authoritarian rule. The 1973 Constitution also recognizes a third tier of local governance, calling on the State to establish ‘local government institutions composed of elected representatives of the areas concerned and in such institutions special representation will be given to peasants, workers and women.’

In many respects, since the passing of the 18th Amendment Pakistan governance structures more closely resemble those of its neighbor India, where a strong federal system of government, with powers concentrated at the state level have a much longer institutional history. In both South Asian countries, the ongoing challenge is decentralization to the lowest tiers of governance, at the district and sub-district level, where elected bodies have historically played a limited role. This is an area where India has made some varied but important progress since the initiation of Panchayat Raj system of local governance at the village level in 1992.

The 18th Amendment, is not Pakistan’ first attempt at decentralized governance. In fact, Pakistan has a somewhat paradoxical history of decentralization, which has been an important arena where the country’s longstanding power struggle between the military and political parties has repeatedly played out.  Military governments have typically initiated local government at the district and sub-strict level to circumvent the influence of political parties, and create a new cadre of regime loyalist local politicians. It is unsurprising then that the three most ambitious attempts at decentralization in Pakistan occurred under the military rule of Ayub Khan (Basic Democracy Order 1958), Zia Ul Haq (Local Governance Ordinance 1979) and more recently under Pervez Musharraf (Local Governance Ordinance 2001).

Musharraf’s local governance reforms were notable for creating district councils with mayors (Nazims), elected on a non-party basis.  Although the underlying political motivation to hold elections on a non-party basis made the reforms controversial, particularly amongst Pakistan’s political parties, the reforms highlighted the administrative effectiveness of local governance, compelling Pakistan’s powerful bureaucracy to work with elected district officials, a collaboration that has been fraught with institutional power struggles even under more centralized military rule.

In metropolitan areas such as Pakistan’s largest city Karachi, the establishment of municipal governments and the election of a mayor with increased powers during Musharraf government proved to be very popular. These reforms ended the dominance of the deputy commissioner, a senior civil servant, who held immense administrative and revenue collection powers, a direct legacy of centralized administration at the district level introduced during British colonial rule in the sub-continent.  However, with the return to democracy in Pakistan in 2006, Musharraf’s local government reforms, came to an end, as political parties, consolidated power at the provincial level, preferring to use the district civil bureaucracy for policy implementation.

In 2013, three years after the passing of the milestone 18th Amendment, all four of Pakistan’s newly empowered provincial legislatures passed a local governance acts, committing themselves to holding elections at the district level. These legislative reforms differed from previous attempts at decentralization in one key respect, they were initiated by elected governments under a deliberative process, rather than being imposed by the federal government, as occurred under previous military governments. These local government laws enable party based elections, allowing political competition at the district level.

Yet, despite successfully passing the legislation, provincial governments have displayed little enthusiasm in holding local elections.  This delay in devolving power to the lowest tier of governance, is a reflection of both the traditional preference of political parties to concentrate power at the provincial level, as well as weak local state capacity and administrative challenges.

In the midst of numerous delays in holding local elections, Pakistan’s Supreme Court mounted pressure on provincial governments to live up to their constitutional commitments to hold local elections. In 2015, some  local body elections were held in each of the provinces. However, the electoral process has been slow and fragmented and no clear timeline for implementation, despite routine politics promises to do so by provincial governments.

Decentralized political systems have been widely admired by political scientists and development specialists as an institutional mechanism that can increase multiparty competition, break ethnic constituencies and foster local accountability and welfare provision. However, as Pakistan’s case suggests, decentralized governance has also been an important political vehicle for authoritarian rule that has threatened political parties, wishing to consolidate their political base at the provincial level.

With power now firmly centralized in the hands of Pakistan’s provincial governments, the question remains open whether the elected provincial governments have sufficient political incentives to carry through their pledges to devolve governance to the district level or whether the process will once again be stalled. Pakistan’s decade of democracy suggests, that establishing effective decentralized governance that harmonizes the power of the bureaucracy with locally elected officials, to create a new institutional infrastructure for participatory local governance will be an arduous process.

Bringing politics back to squares, literally 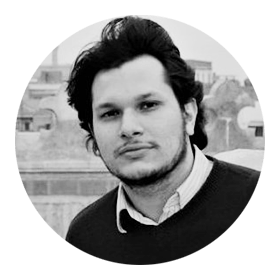 Rehan Rafay Jamil is a PhD candidate in the Political Science department at Brown University and a fellow in the Graduate Program in Development (2016-17) at the Watson Institute for International and Public Affairs. His research interests include political economy of development, distributive politics and governance in South Asia. His dissertation examines the relationship between social safety nets and citizenship rights in Pakistan. He has a master’s degree in International Affairs with a focus on economic and political development from Columbia University.