It is well known that adequate feeding and nutrition are key elements for good health and growth of human beings. However, according to the United Nations Food and Agriculture Organization (FAO), about 795 million people out of the 7.3 billion people in the world do not have enough food to lead a healthy life; the vast majority live in developing countries.

Nevertheless, nowadays the world, and especially developing countries, faces the double burden of malnutrition and undernutrition. This means that, in the same Mexican house, you can have an obese or overweight person and a person with lacks adequate nutrition.

Both food insecurity and obesity could be independent consequences of low income and the resulting lack of access to enough nutritious and healthy food, or stresses of poverty. Previously, obesity was associated with developed countries and was a sign of economic well-being. The narrative used to say that well-being came together abundance and waste of food. Now, we can talk about the obesity of poverty. Obesity among poor people may be the consequence of bad diet quality. Specifically, a high concentration of food rich in energy, but low in healthy nutrients, vitamins and minerals (calcium, iron, zinc), which can lead to obesity hidden malnutrition.

While there is greater understanding of the relationship between hunger and poverty; poverty and obesity relationship is less clear. Then, obesity among food insecure people and among low-income people can occur due to the next six reasons:

Cycles of food deprivation and overeating: it has been observed that people who tend to eat less or to skip meals due to restrictive budgets could overeat when food does become available. Unluckily, overconsumption is even easier, given the availability of cheap, caloric foods in low-income regions. These cycles also could lead to disordered eating behaviors.

Leisure poverty and lack of opportunities for physical activity: it is well known that poor neighborhoods have less resource for sport than higher income neighborhoods. However, when this kind of areas are available, they may not be attractive because of problems related to more visible signs of pollution, noise, violence, etc.

High levels of stress: evidence shows correlation between food insecurity and stress, and other mental disorders. For example, members of low-income families could face high levels of stress and bad mental health (i.e., anxiety, depression) due to low-wage work, and emotional pressures given their financial situation, lack of access to health care, and violence in the neighborhood.

Greater exposure to marketing of obesity-promoting products: Low-income people are exposed to excessively more marketing and advertising for obesity-promoting products, which encourage the consumption of unhealthful foods, and discourage physical activity (some examples are: fast food, sugary beverages, television shows, and video games). According to some institutions, such a kind of advertising has a predominantly strong influence on the preferences, diets, and purchases of children, who are the targets of many marketing efforts.

Limited or null access to health care: in developing countries, many low-income people are uninsured and lack access to basic health care. This vulnerability results in lack of screening for food insecurity, as well as absence of diagnosis and treatment of chronic health problems, like obesity, diabetes, etc.

Therefore, for governments and international organizations, there are two major challenges: 1) ensure access to food, and 2) improve the quality of the diet. Specifically, these two trajectories should be translated into the following efforts. First, correct targeting of social programs for poor people with problems of malnutrition (mainly chronic undernourishment) and access to a good diet. These programs should be evaluated through rigorous methodologies that account for the effects on the target population, and the efficient use of resources. Second, awareness campaigns for all types of public (children, adolescents, the elderly, men-women, etc.) on healthy diets through the mass media, local media and social networks; these campaigns should be ongoing.

Multidimensional Poverty: The lack of Social Security in Mexico 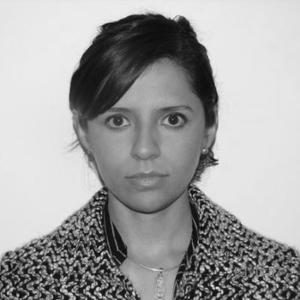 Zaira Fernandez holds a PhD in Economics from The University Carlos III. She has wide experience in evaluation and design of public policies related to health, food insecurity and poverty. She currently works for the Evaluation and Monitoring Department at the Mexican Ministry of Social Development.