The Black Lives Matter movement developed in reaction to how 17-year-old Trayvon Martin was posthumously placed on trial for his own murder. The founders, Alicia Garza, Opal Tometi, and Patrisse Cullors, position the movement as a stance against state violence directed at African American. that deprives blacks of their basic dignity and political rights. They define state violence as poverty, genocide, systemic violence against, and exploitation of, the black queer community and black women and girls, mass incarceration, immigration policy, and ableism. They aspire to build a new black liberation movement aimed at stopping the systematic and intentional targeting of all blacks.

Black Lives Matter is not a devaluation of any other race’s worth in society. Rather, it is an affirmation of blacks’ right to exist individually and collectively as a people, unencumbered by state violence and oppression. It acknowledges black contributions to American culture and history and black resilience. Black Lives Matter encompasses more than the incident that spawned it or the many acts of state violence that have come after. Its creation puts faces to the larger issue of race relations in America. Most importantly, these faces are of three black queer women. In the American civil rights context, this alone is a movement. Black Lives Matter places black women, black queer, black disabled, undocumented blacks, and blacks with criminal records at the center of the discussion. It acknowledges the intra-marginalization of these communities in past liberation movements and affirms their existence by including them in the foundation of their nuanced ideological framework.

The phrase black lives matter is a verbal acknowledgement of the fact that institutions relate to blacks and whites differently. This difference emanates from the complexities inherent in race itself and the structure of the American racial state. Race, as a concept, is a social construct and is vastly more complex than can be espoused upon here. It is mythological, ideological, biological, and cultural. Race is historical, which means it is affected by institutions of ever present power. Racial identity is fluid, changing with one’s geographic location, personal situatedness, and societal norms. How a state constructs racial identities directly affects the relationship these identities have to institutions and identities relate to institutions creates the various systemic disparities highlighted by the Black Lives Matters movement. Race is a major point intersectionality for non-whites. The Black Lives Matter movement seems to recognize this and includes groups marginalized within the black community. Blackness, one’s personal and collective black social identity, is the amalgamation of these intersections and relational differences and it is not exclusive to African Americans.

A fascinating aspect of race is that it was constructed in several nations, over three continents, and across the Atlantic, simultaneously. There are many racisms in the world as race was produced globally, Racism is quotidian and is always articulated as an everyday occurrence. Within blackness there are a myriad of externalities that have incredible power in shaping access to rights and liberties, power and opportunities, and income and wealth. The power of institutionalized racism is enacted upon people of color globally as systemic international racism. The global slave trade marked blacks as unfit, disabled, damaged, and in need of regulation and correction. The long history of racial oppression in the West has institutionalized privilege, along with subjugation, control, and dependency as an international phenomenon. Race is not explicitly talked about but is forever woven within western political thought and action.

International institutions, like American institutions, relate to black lives differently, which produces negative externalities for people of African descent. The Independent reported that the world’s media failed in their response to the kidnapping of 200 Nigerian school girls between the ages of 16 and18 by Boko Haram. In addition, President Bill Clinton’s decision to intervene in the Bosnian conflict and not do the same in the Rwandan Genocideis an example of how little black lives matter on a global scale. The International Criminal Court’s purpose is to investigate war crimes, genocide, and crimes against humanity the world over, but The New York Times reports that it has focused its resources almost entirely in Africa. Amnesty International has included China, Israel, Pakistan, Saudi Arabia, and Russia in the list of the 10 worst human rights abusers yet western nations and their strategic allies appear to be exempt from investigation by the International World Court. This is such a problem that three African nations have either left or vowed to leave the international court.

Besides the U.S. presidential election, the Syrian conflict and refugee crisis are two of the most reported stories in the international media and rightly so. Over 470,000 Syrians have been killed and another 11 million have become refugees. Major outlets like NPR, The New York Times, Frontline, Time, Daily Mail, Aljazeera, Foreign Policy and The Washington Post are all coving the war on a daily basis. Some estimates suggest that 5,000 Syrians are killed each month. Such a large death toll and the impact refugees are having on neighboring countries and Europe in general make this conflict a global crisis worthy of the intense coverage. But if all lives mattered, not only in the/an American context but a global one as well, these same news outlets would give equal attention to the 5,500 Eastern and Southern African children who die every day from largely preventable diseases and the additional 1,500 African children who succumb to malaria every day. In Eastern and Southern Africa, more children die every two months than the total number of people who perished in the 2011 Japan tsunami. In Haiti, the 2010 earthquake killed 316,000 and displaced another 1.5 million. Hurricane Matthew killed 900 Haitians and made another 500,000 homeless. Aljazeera reported that everyone in Haiti was a victim. Of the 2.1 million Haitians affected, 900,000 were children and 800,000 are urgently in need of food. These numbers dwarf those coming out of Syria in magnitude and acuteness. The international coverage and response to these non-war crises has not reflected the ideological position that globally all lives matter.

Where the west has focused on African nations, we have seen the development of the poverty industrial complex. The documentary Poverty Inc. outlines how non-governmental organizations, multilateral agencies, and aid contractors have created a system of for-profit philanthropy in which the poor stay poor. Governmental foreign aid has also fallen short of its intended goals. The west has spent 2.3 trillion over the past five decades on foreign aid and has been unable to get twelve cent medications and four dollar bed nets to mothers which would have prevented five million child deaths. Half of the world’s global aid is phantom aid and is not available to poor countries. A major issue is that foreign aid does not actually go the poor. Of phantom aid, Nineteen billiona year of is spent on consultants, research, and training. Tied in to the receipt of aid are protectionist policies that prevent recipients from accessing the free market so recipients are often forced to use donor country goods and services, and large scale mega projects encourage inefficiency and corruption.

The globalization of the Black Lives Matter’s agenda to include international incidents of state violence and exploitation would be critical in the liberation of all people of African descent. As previously stated, systemic disparities are a product one’s relationship to institutions. Which lives matter, Bosnian verse Rwandan, is determined by the relationship to international institutions. In a global economy, international institutional relationships are perpetuating a system of global oppression. The matter of black live and black liberation is an international issue. Remembering the nuanced foundational tenets of the Black Lives Matter movement that all black identities have value and worth and shall be included in the fight for international personhood. The globalization of Black Lives Matter could be an important step in unifying the various African and diasporic groups, with their various concerns, under one ideological umbrella. Black liberation meaning the achievement of equal access and use of one’s rights, liberties, power, and opportunities. Liberty, in the Western sense, is not a privilege; it is a natural right of all human beings. Liberty is for everyone and this is why Black Lives should Matter at home and abroad. 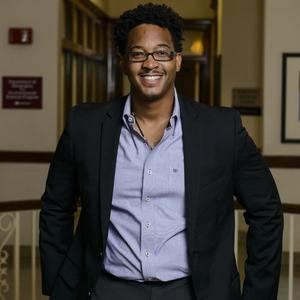