Anti-Muslim rhetoric has become a useful tool for European right-wing populists to mobilize voters. In his 2016 electoral campaign, President-elect Donald Trump adopted a similar strategy and employed rhetoric demeaning entire groups of people like Muslims, but also immigrants and refugees. Trump is thus regularly mentioned in the same breath with leaders of European right-wing populist parties and movements that have embraced anti-Muslim attitudes and ethnocentrism. It is true that, like European populists, Trump employs an essentializing language of an enemy and threat that heavily relies on an imagined ‘us’ versus ‘them:’ ‘we’ – the American nation – are threatened by ‘them’ – the violent, terrorism-supporting Muslims at the gates. He constructs the image of a dichotomous relationship between ‘Muslims’ and ‘Americans’ that includes an assertion of supremacy and hierarchy.

However, while there are undoubtedly similarities in their discourses, there are limits to these parallels, particularly with regards to the argumentative structures employed in the discourses. While Trump unidimensionally portrays Muslims as a threat to national security, right-wing populist movements and parties in Europe construct them primarily as a threat to European culture. Like his European colleagues, Trump discusses Islamic terrorism alongside moderate Muslims and Islamic terrorists – for him they are all one and the same. But the leaders of right-wing populist parties and movements that are spreading across Western Europe, such as Marine LePen in France, Geert Wilders in the Netherlands, or Nigel Farage in Great Britain, add another component to the discourse: they focus more on the threat to ‘enlightened,’ European cultural values and to the imaginary ethnic homogeneity. For them, Muslims are unwilling to integrate into European society and threaten to irreversibly dilute and ‘islamize’ Europe. Accordingly, the debate is heavily dominated by conflicts about religious rights, such as the construction of Islamic buildings, Muslim female dress in the public sphere, circumcision, and religious education. This cultural turn in the public discourse about Muslims in Western Europe allowed anti-Muslim rhetoric to be concealed within a defense of liberal values – such as gender equality and sexual liberties, and is thus turned into an ‘acceptable’ form of racial rhetoric.

Donald Trump, on the other hand, has rarely constructed Muslims as a threat to the American way of life. He does not lament or allege a general unwillingness of Muslims to integrate into American mainstream society, nor has he discussed restricting their religious rights. Instead, he has almost exclusively constructed Muslims as a threat to America’s national security. In December 2015, he announced that if he was elected president, he would implement “a total and complete shutdown of Muslims entering the United States” which he later corrected to a temporary ban based on nationality, not religious affiliation, he suggested a registration databank for Muslims residing in the United States, and equated Syrian refugees with ISIS members who could start a military coup on American soil. Muslims, particularly Muslim men, become a signifier of Islamic terrorism on American soil. In an interview with CNN’s Anderson Cooper, Trump asserted that “Islam hates us. (…) There’s an unbelievable hatred of us. (…) there’s a tremendous hatred and we have to be very vigilant, we have to be very careful.” When Cooper follows up to clarify whether he is referring to radical Islam or Islam in general, Trump replies: “Well it’s radical but it is very hard to define, it’s very difficult to separate because you don’t know who is who.” Like other populists, he fails to differentiate between Islam, fundamentalism, and terrorism. This could also be seen in the third presidential debate when Trump affirmed that “thousands of Syrian refugees, who probably in many cases – not probably, who are definitely in many cases, ISIS-aligned. And we now have them in our country. Wait ‘til you see – this is going to be the great Trojan horse. Wait ‘til you see what happens in the coming years.” Politics is emptied from geopolitical developments, history, and historical developments, and only explained with religion.

Trump chooses to focus on constructing Muslims as a threat to national security instead of as a threat to American culture and social cohesion partly because of the size and socioeconomic background of the Muslim minority in the US. With approximately 3 million people (1% of the population), the group of individuals who identify as Muslim is relatively small compared to the 5-8% of the population in some European countries, such as France and Germany. In addition, Muslim immigration to the US is a more recent phenomenon and the group is dominated by professionals with a higher educational background, whereas in Europe a large proportion are (former) labor migrants drawn from peasantry and the working class. Due to its small size, the Muslim community might be less of a ‘visible’ threat to American society and seen as better socioeconomically integrated than in Europe.

Another reason concerns the role of religion in US and European public spheres. The American population is known to be more pious than European societies. Constructing Muslims as a cultural or religious threat might be a less successful electoral strategy in the US than among the more areligious European voters, so Trump focuses on the rhetoric about Muslims as a national security threat. And as his support increased from 22% to 37% in the Republican primaries after he suggested a ban of Muslim immigrants, his strategy seemed to have worked.

Ironically, while the level of religious affiliation among the European population is much lower than in the US, religious and national identity have historically been much more intertwined in Europe – even when state and church have been opposed in European countries for centuries. That includes even those countries who are proud to consider themselves strictly secularist, such as France which abides by its concept of laïcité. While the US has also long considered itself a white, Protestant country, it has been more successful in integrating immigrant religions such as Catholicism and Judaism and might thus be more accepting of Muslim religious practices.

That Trump focuses on constructing Muslims as a threat to national security and less as a cultural threat to “Americanness,” and thus employs a less holistic anti-Muslim rhetoric than European right-wing populists should not allow us to “whitewash” the Trump effect: his rhetoric expresses a racist discourse, an example of what Etienne Balibar called “neo-racism,” a racism that is no longer built on alleged biological difference and inferiority but rather upon cultural differences between groups. Minority groups are not portrayed as inferior but ‘different’ – for Trump, Muslims are prone to violence and terrorism, for his European counterparts, they are ‘uncivilized’ and unwilling to integrate. On both sides of the Atlantic, an exclusionist rhetoric of hate and threat is used to refuse Muslims any individuality, conflating the majority of Muslims with the Islamic extremist minority to a homogeneous group. In a speech he delivered after the Orlando shootings in June 2016, Trump said: “But the Muslims have to work with us. They have to work with us. They know what’s going on.” Trump’s rhetoric equally essentializes religious and cultural differences and thus reinforces ideological dichotomies of ‘us’ versus ‘them,’ ‘good/peaceful/enlightened’ versus ‘evil/violent/uncivilized.’ Muslims are portrayed as the menacing Other to the peace-loving West. And the existence of these allegedly objectively different religious groups justify the social hierarchy/inequality between different groups within society: Muslim refugees and immigrants in the US are put under general suspicion, Christian immigrants are not; Muslim women’s right to wear religious garment in the public sphere in Europe is restricted, crucifixes are still hanging on some schools’ walls.

Trump’s anti-Muslim rhetoric represents less of an elaborate ideology than those of European right-wing populists. There are limits to how intolerant one can be in a de facto multicultural society like the US, a country in which the current incumbent is African American and has the middle name Hussein. Nonetheless, it has real effects on Muslims’ lives: hate crimes have risen to a post-9/11 level, and there have been reports of Muslim Americans afraid to display religious markers in the public sphere.

Some in the Republican Party and many in the political opposition have called for President-elect Trump to explicitly disavow his inflammatory campaign rhetoric before he takes office on January 20. The inaugural address will be his first chance to rise to the occasion – and perhaps even send a message to his European admirers with upcoming electoral battles.

Globalizing the agenda of #Blacklivesmatter
The end of the age of hyperglobalization
Share this:
Previous 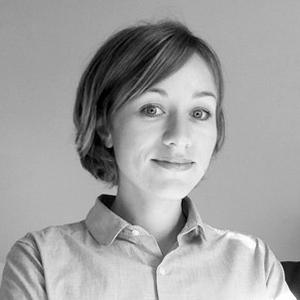 Svenja Kopyciok holds a Master's degree in North American Studies, Political Science, and Psychology from Bonn University and an M.A. in Sociology from Brown University, where she is currently a PhD Student. Her research focuses on nationalism, Islamophobia among the Left, and the integration of migrant and cultural minorities.