Economists like Paul Krugman and Maurice Obstfeld argue that such a phenomena can be explained by increasing returns to scale – output increases at a larger proportion than the increase in inputs – on production and trade. This new branch of economic thinking about trade has been dubbed “new trade theory”. On the other hand, Heckscher-Ohlin classical trade theory is based on differences on factor endowments or comparative advantages, where trade is driven by the differences among trading partners with constant returns to scale – output increases at the same proportion than the inputs.

Based on increasing returns of scale, which predict that trade can occur among equally industrialized countries, new trade theory allows for intra-industry trade. The phenomena we observe in our contemporary world.

The distinction between classical and new trade theories is not a trivial, if we want to understand the driving forces behind the rapid growth in trade that the world has experienced over the last decades, the explanation of its recent slowdown and the perils that international trade faces in what might be a new era of globalization.

The explosion of world trade growth was driven by the expansion of intra-industry trade among developed countries. Think of the automotive industry trade among US and German car makers. Emerging countries, such as China or Mexico, also joined the global value chains that are part of a wider intra-industry trade among many countries and sectors, including high-technological ones (electronics, aerospatial, chemical, metal-mechanic, agroindustrial, pharmaceutical,etc) and low-technological ones (maquiladoras), which have become the sources of growth for many countries following the export-oriented growth strategy.

Thus global value chain integration became an important factor in the development process of many countries. It also has unleashed strong forces that with the rise of transnational corporations, the liberalization of finance around the world and the rapid technological change, has created shifts on developed and emerging economies. Manufacturing jobs move from one country to another and advanced economies have made a transition from being industrialized to being focused on services.

That pretty much was the history from the 1980s to the 2008 financial crisis.Since the great recession, hyperglobalization has changed rather quickly. These changes have opened up new questions on its nature. Can globalization end? Is trade compatible with an inclusive growth around the world? Brexit and the anti-trade-deals-agenda of Trump administration brings new, somehow existential, questions on the table. What can we expect from trade in the world economy of the future?

Brexit and Trump do not equate with the end of globalization. It is more appropriate to say that we will see the end of the period of trade growing faster than world GDP – what some scholars call hyperglobalization.

On figure 1, we can see that, from 2012 to 2015, trade has grown just 1.1 times as much as world GDP and 0.8 times on 2016. This shows what appears to be a normalization of trade on its historical long trend, growing more or less the same as the world economy.

There are many reasons behind this change. However, more important than others, we can identify the slowdown in developed countries since the 2008 financial crisis. Moreover, developing countries, with their underdeveloped inner markets, are not able to compensate the lack of demand on the world economy. As this were not enough, since many countries of the world are integrated on global value chains, the competitiveness gains from one country do not necessary translate into a higher export output. Simply, just a fraction of the added value of production is in the country itself. Then, to make things worse, export-led-growth does not necessarily bring about a strong internal market, as it was at the time of the XXth century industrialization.

So, in the age of Trump, it is reasonable to expect trade to be in line with world output growth, but globalization is an evolving phenomena. However, Brexit, impasses at the negotiation of new trade deals, such as the Trans Pacific Partnership (TPP), the Transatlantic Trade and Investment Partnership (TTIP), the likely renegotiation of the North American Free Trade Agreement (NAFTA) add to the idea that trade and growth in the world economy will be intertwined.

We are left with the most pressing questions concerning trade in a new age for globalization. Can trade be a source of inclusive growth? And, what can we learn from recent events regarding globalization?

Standard economic theory and empirics tell us that trade is positively correlated with growth, but it says nothing about distributional issues. More growth do not necessarily translates into income growth for all people – for example see the famous elephant graph of Branko Milanovic and Christoph Lakner that shows the distribution of cumulative growth on the world. The aphorism ‘a rising tide lifts all boats’ is simply not true. Trade, like many other economic activities, produces winners and losers. The recent backlash against trade is the result of a long history in which losers outnumbered the winners. For trade to be a source of inclusive growth, we must accept that losers need to a compensation.

It’s useful to think of Dani Rodrik’s trilemma of globalization . The incompatibility that may exist in a country between the integration to the global economy, its internal economic needs in terms of policies, and the existence of a democratic regime. Hyperglobalization has exacerbated the tension between the three dimensions. This was not the case at the time of the Bretton Woods arrangements, when countries sacrificed some in globalization for economic and democratic needs.

If we want globalization to serve development more broadly, we also need to rethink its shape. This might imply a new kind of embedded liberalism, which is more resilient to populist and demagogue backlashes.

If we go back to the first trade deal in modern history – the 1860 Cobden-Chevalier treaty between Britain and France, it was a source of hope for both countries. It was meant to be a symbol of friendship and cooperation against trade tariffs – a symbol of war. Perhaps we also have to rethink international trade. As a tool capable of creating true prosperity for all. Otherwise, we might end trapped in what the far right-wing populist movements around the world hope for: a zero-sum game world.

The Banality of Trump’s islamophobia
US Climate Policy under President Trump: Why the Sky is Dark, but not Falling
Share this:
Previous 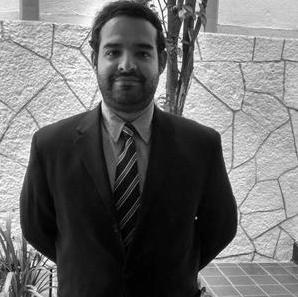 Diego is an economist and economic historian, he received an MSc in Economic History from the University of Lund and a BSc. in Economics and International Development from the University of London under the academic direction of the London School of Economics. He has served as a consultant for the UNDP, as an advisor in economic development in the Mexican Senate of the Republic and is a regular contributor to different Mexican newspapers and magazines. His research interests are Latin American and global income and wealth inequality from a historical and contemporary perspective, long term economic growth and energy transitions.