Many of us are still in disbelief that Donald Trump has been elected President of the United States. His bombastic assault on immigrants, due process of law, religious freedom, and free speech all give us reason to sound the fascist alarm bells. And while his rhetorical attacks on these civil rights issues are of great concern, perhaps the single greatest threat of a Trump presidency is found in his contempt for climate change. If we continue emitting greenhouse gases under a “business as usual” scenario, a warming of 4 degrees C would be a likely outcome. A warming of 4 degrees C would kill 250,000 to 5 million people across the earth annually and reduce global GDP by roughly 1 to 5% (approximately $ 1 – 4 trillion USD). To put these figures into perspective, 4 degrees of warming could kill a population up to the size of Los Angeles and cost up to 25% of US GDP every year for the foreseeable future.

Given these dire predictions from the scientific community, Trump’s disparaging words on climate change are distressing. Trump has pledged to “cancel” the Paris Agreement, “dismantle” the US Environmental Protection Agency, and “cancel billions in payments to U.N. climate change programs.” With such radical and scientifically ignorant positions being advocated by the president-elect, many of us—myself included—saw November 8th as the day the sky began to fall. Fortunately, our domestic democratic institutions and the global response to climate change are bigger and more resilient than any one man. While a Trump presidency will certainly be detrimental to progress on climate change, it won’t be as catastrophic as many of us are thinking.

Take the Paris Agreement, for example. The Agreement was negotiated and signed by 193 different countries and formally came into force on November 4th, 2016. Under Article 28 of the Agreement, any country interested in withdrawing must wait at least three years from the date of ratification before announcing its withdrawal, and then wait one year before such withdrawal is official. This would bring us to the end of Trump’s designated term in office. Now, there are other avenues Trump could take, such as backing out of the United Nations Framework Convention on Climate Change altogether, which would subsequently remove the US from the Paris Agreement. He could also simply ignore US commitments outlined in the Agreement since there is no legal enforcement mechanism enshrined in the text. But this dramatic response would be very costly on the international stage, hindering Trump’s ability to negotiate with world leaders on other issues. Canada and Mexico have already floated the possibility of imposing a carbon tariff on US imports if Trump were to abandon the Paris Agreement. So while “cancelling” US involvement in the Paris Agreement is technically within Trump’s power, it would take time and would carry with it a heavy price tag that the president-elect may not be willing to pay.

What about an exclusively domestic institution like the Environmental Protection Agency? Can President Trump “scrap” the EPA in its entirety? Luckily, this is not within the powers of the president. Eliminating a government agency like the EPA would take an act of congress, and many experts agree that even with the Republican-controlled House and Senate there wouldn’t be enough votes due to the popularity of the agency. Trump could also ask congress reduce the EPA’s budget, making it difficult for the agency to perform its functions. But that decision, again, ultimately lies within the purview of the legislature, not the executive branch. All that being said, something that unfortunately is under Trump’s control is who leads the EPA, and he’s tapped Myron Ebell. Ebell is staunch climate change denier and was a part of the American Petroleum Institute’s misinformation campaign called “The Global Science Communications” plan, which aimed to “educate” citizens and the media about the spurious “uncertainty” around climate science. So while Trump won’t be able to deliver a knock-out blow to the EPA, he has undoubtedly hindered its ability to mitigate climate change.

And what of Trump’s promise to cancel all payments to UN climate change programs like the Green Climate Fund? The Green Climate Fund was established in 2010 with the aim of allocating $ 100 billion USD annually to help the poorest countries of the world reduce their emissions and adapt to climate change, tasks they surely could not afford on their own. The Obama administration has pledged $ 3 billion USD to the fund, all of which Trump would like to revoke. However, this too is a spending decision that lies with congress, not the president (though, it is unlikely that a Republican congress will allocate money to the fund). Fortunately, the Obama administration has already paid $ 500 million USD of the pledge. That’s not nearly enough, especially when one considers that the US is responsible for nearly a third of all historical emissions that are generating the need for these poorer countries to reduce their emissions and adapt to the coming changes in climate.

Now, even if a Trump administration were to overcome all of the obstacles outlined in the previous paragraphs and were to withdraw from the Paris Agreement, dismantle the EPA, and renege on our pledge to the Green Climate Fund, there remain at least three reasons to be optimistic. The first is that the US currently only accounts for 16% of worldwide CO2 emissions. So even if the US under a President Trump were to ignore its mitigation duties, the other countries of the world could still make a significant contribution to reducing climatic harms.

Second, while Trump will occupy the federal executive office, there are many states and cities that are taking climate change mitigation into their own hands. California, for example, has recently instituted a cap-and-trade program that, in conjunction with other initiatives, will reduce the state’s greenhouse gas emissions by 25%. Eight other states—New Mexico, New Jersey, Maine, Massachusetts, Connecticut, New York, Washington, and Oregon—and a multitude of US cities have also implemented their own emissions reductions targets, which means the US could at least come close to meeting its Paris commitment even without federal action.

Third, and perhaps most importantly, a recent study by the Chicago Council on Global Affairs found that “seven in ten Americans (71%), including majorities of Republicans (57%), Democrats (87%), and Independents (68%) say that the United States should participate in the Paris Agreement.”  US mid-term elections are less than two years away, and the next presidential election is less than four years away. If the Trump administration and the Republican-controlled congress decide to shirk their climate obligations and withdraw from the international mitigation and adaptation processes, voters may well punish them for it at the polls.

I don’t want to paint too rosy of a picture. Make no mistake, a Trump presidency is a serious threat to the welfare of current and future generations when it comes to the dangers posed by climate change.  But fortunately, our domestic institutions are composed of checks and balances that diffuse power and limit any single individual from causing complete and utter disaster. So while Trump’s victory in November was certainly a setback, it’s far from being the final word. The sky may be dark, but it’s not falling.

The end of the age of hyperglobalization
Dimensions of Poverty and Inequality in Latin America
Share this:
Previous

Dimensions of Poverty and Inequality in Latin America 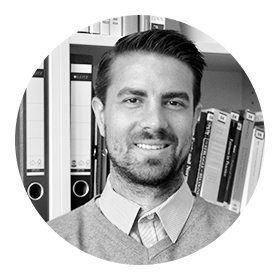