Rural smallholder farmers in South Africa have for decades been confronted with the oft-cited hurdles hindering their capacity to effectively contribute their quota to national food security. Most smallholders are found in rural areas where the absence of both physical and institutional infrastructure stalls their productivity. Lack of access to industry information and services  impedes their ability to take advantage of what would have been very lucrative market opportunities.

High transaction cost has proven to be a recurrent limitation to the growth of smallholder farmers and this is mainly linked to the absence of infrastructure and communication platforms in these isolated areas. As a result, most of these farmers grow low-quality produce and also at very low yields, which results in their products being rejected by the markets. Recent consumer interest in the entire food value chain also raises issues about the uniformity of produce and food safety, and this tends to make it nearly impossible for the smallholder to enter such high-value markets.

Another major hindrance is Human capital constraints among smallholders in rural South Africa. Illiteracy and poor technological skills have been obstacles in reaching out to the relevant industry institutions for expert advice and assistance. The deficit in technical know-how knowledge results in the production of low quality crops.

Furthermore, access to markets has remained a major challenge.  Rural black farmers often produce on subsistence scales – on relatively small land size and with varied cultivation methods – making their viability difficult in an agricultural economy which thrives on high volume and low production cost. There have been some government programs, like the 2011-2015 Strategic Plan for Smallholder Support (SPSS),put in place to address the general challenges confronting smallholder farmers. However, these interventions have provided very little practical remedies to the stumbling blocks impeding emerging farmers from accessing the markets.

Bokamoso believes that although government role in stimulating agricultural production among smallholder remains critical, private sector led interventions must be leveraged to address the constraints facing rural smallholder farmers. The rural farmers, who are among South Africa’s most financially vulnerable population segment, also tend to bear the brunt of post-harvest losses and price fluctuations. These challenges render the farmers vulnerable to the exploitations of middlemen and wholesalers who give very unfavorable quotes for their produce. Consequently, many rural farmers have become despondent in the face of a bleak economic outlook arising from these challenges and are deserting their lands to migrate into townships in search of non-existent employment opportunities.

Against this backdrop of litany of challenges smallholder agricultural growth will continue to be illusive without access to the requisite support services. To significantly improve the livelihoods of rural farmers, a multi-prong approach needs to be adopted.  Farmers have to  be  able  to increase  their yields  and  decrease  post-harvest  losses; they must be able to  sell  their  produce to their target consumers;  and they  must have support to build protection against  price  fluctuations. In order to take advantage of the enormous opportunities the agriculutural value chain presents, a South African based Social Investment company, Bokamoso has designed a composite package   to help rural farmers navigate the agribusiness ecosystem with emphasis on best practice in farming and market distribution of produce.

Bokamoso Impact Investments is a social enterprise dedicated to connecting the invisible rural population of South Africa to opportunity via empowerment, using a diverse entrepreneurial platform. It is the brainchild of Lesego Florence Serolong who is on a mission to nurture the country’s rural smallholder farmers into commercial growers by tapping into their latent economic resources that have remained unexploited for decades, such as the fertile land and most importantly the human resource. The organization’s most recent and most impactful activity surrounds an agricultural hub in Manyeledi village, in the North-West Province of South Africa–an extremely remote community bordering the Kalahari desert, located in the middle of a food desert and stranded from technological, educational, and basic human resources.

Lesego and her team has invested time and resources in Manyeledi and Tseoge Villages engaging the communities in discussions and lending an ear to concerns and issues stalling economic growth in the areas. Those community meetings drew hundreds of young people; both post-matrics and non-matrics, looking for an opportunity to succeed beyond their stationary existence in areas bedeviled with a depressing statistics of 80 percent unemployment rate and just as many inhabitants reliant on social grants and pension. The twin scourge of teenage pregnancies and high dropout rates from schools in these areas also add to paint a bleak future for the villages of Manyeledi and Tseoge. Many organizations have passed through these communities, promising development, yet nothing has come to fruition. These organizations reneged on their pledges mainly because they have often adopted a paternalistic and top-down approach in dealing with community members, thus failing to seek community input in designing solutions. Therefore Bokamoso’s strategy of engaging communities as stakeholders finding solutions is key to ensuring the long-term sustainability of their projects.  The communities hosting Bokamoso’s project had hitherto been written off as areas with no economic viability. However, Bokamoso saw them differently- as places full of untapped potentials. These villages and their surrounding areas have vast arable lands that are not being fully utilized due to lack of adequate public investments. This presents a great opportunity for growth and economic development within these communities.

The Bokmoso Agri Innovation Hub was launched on 10 Feb 2016 in Manyeledi Village, Kagisano-Molopo District, North West Province. In attendance were 20 newly selected Agri learners, the oldest among them being 68 years old. In a show of support, the chief of Manyeledi, spoke with excitement about how such a project which is home grown could change the trajectory of his community by deploying its own assets. The project is designed as an innovative platform for a more expansive, multi-partnership program that promotes access to appropriate agribusiness and the entrepreneurial resources required for effective participation in wealth creation and investments among smallholder farmers in rural South Africa. The overall goal of the project is to sustainably reduce poverty, unemployment and food insecurity by tackling their root causes and deploying proven strategies for achieving lasting impact. The specific objectives are:

Commitment to farmers: The organization offers farmers the best technical know-how and the incentives to increase production with the certain knowledge of a ready market for their produce.

Commitment to consumers: Consumers are provided access   to large quantities of fresh vegetables that surpass the quality of products transported from produce markets hundreds of miles away.

Commitment to Investors: Bokamoso Impact is committed to increasing the company’s value and providing profits to its investors, with transparency and corporate ethics as its guiding principles.

As an Impact investments company, Bokamoso is strategically placed to have far-reaching positive social    impact  in the communities we operate in, and by extension, on the overall agricultural sector in rural South Africa. This we will achieve by doing the following:

• Significantly raise sales revenues of smallholder farmers by up to three times, thereby helping reduce the incidence of abject poverty among our network of farmers.

• As an unintended positive consequence, our agricultural hub will help spread farming best practices to other farmers in nearby communities beyond the immediate cohort of farmer students.

• By offering smallholder farmers credit facilities to access inputs and also afford other production costs, Bokamoso brings financial services to these smallholder rural farmers who would otherwise have remained unbanked.

Ultimately, the organization  intends to showcase to the rural populace how farming can be a viable source of livelihood which will help drastically reduce the high rate of unemployment which hovers above 50 percentin rural South Africa.

The organization’s program at the hub runs over a period of 12 month and students who join the program are introduced into the Bokmoso’s agricultural farming initiatives. Students applying to enrol for the incubation training program are carefully selected and a 50/50 gender selection is applied to ensure training to also cater for the high percentage of women in the communities that is involved in small scale farming.

The modules presented to the students over the duration of the course include Agricultural Farming Principles and technologies (Practical Farming), Financial Management and Business Ethics.Interest expressed by locals in the project has been massive with the hub already graduating its first cohort of 20 students and taking on an additional 15 students after the first intake of learners.

Graduates from the program form part of a network of hub services utilizing their specialized skills and knowledge obtained through the training and adding value to their community by transferring such skills to other members of the community. Post incubation graduate farmers are introduced into a 5-7 year agricultural project in which they are provided inputs (seed, fertilizer), equipment (tractor services, irrigation, etc.) and direct support by on-site agronomists. Famers focus on the production of quality graded vegetables such as cabbage, tomatoes, onions and potatoes. Bokamoso’s projects sites have been identified and selected based on where there are significant production constraints and substantial local demand for output; therefore ready market already exists for production output.

Bokamoso also assists farmers to aggregate their productions. The resultant economies of scale achieved makes the retail supermarkets accessible to them. Moreover, decreasing average costs by sharing larger production cost enables farmers to be more viable. This allows farmers to increase profit without the need to increase the prices of produce. The organizaation’s relationships up-stream with food processors, retailers, and branded companies, ensures that the output produced by the projects has a willing and ready buyer. In a nutshell, the organization offers a one-stop shop for rural farmers with support and training to realize their full potential and offers access to guaranteed market and prices.

Impact investing is fast becoming an important vehicle for economic development in South Africa. A 2015 report by the Global Impact Investing Network (GIIN) indicate that South Africa has emerged as the hub for social impact investments within the SADC region. The country accounted for three-quarters of all impact capital invested in Southern Africa, amounting to almost $5 billion. Among the key sectors investors are interested in are smallholder agriculture commercialization schemes. This is ample testimony of the promise and potential smallholder agriculture holds for both investors and small scale farmers.

Nevertheless there is an apparent lack of nexus between investor appetite and the types of investments on the ground; usually early stage businesses. Investors looking to venture in agriculture in South Africa have to appreciate that it is a very viable sector to invest in despite its nascent state. Early-stage businesses also need to prepare in terms of capacity and scalability to embrace the exponentially growing interest in the sector. This is the future opportunity Bokamoso Impact Investments has strategically positioned itself to seize in the medium to long term.

How to understand academic disadvantage in PISA assessments in Latin America region?
The Potential for Social Investment Re-engineering in Europe
Share this:
Previous

The Potential for Social Investment Re-engineering in Europe

How to understand academic disadvantage in PISA assessments in Latin America region? 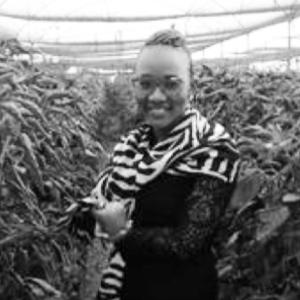 Lesego Florence Serelong is the founder and CEO of Bokamoso Impact Investments. Following her degree at the London School of Economics, Lesego Serolong spent time abroad in Asia in impoverished communities exploring the ways in which entrepreneurship presents a sustainable way to lift whole communities economically and on a long-‐term scale. She felt that rural communities in her home country of South Africa had the same potential to be transformed by social entrepreneurship. After a year of research in the above community in the North-West Province, which included direct and open discussions in the town hall, surrounding problems existing in the community and solutions available–agriculture emerged as a multi-‐dimensional solution.