More people are displaced in the world than ever before, and humanitarian organisations are often overwhelmed with the amount of people in need. Yet when we think of leaders to address the issue of forced displacement, we often envision heads of states or the UN. Rarely do we think of refugees.

Refugees are commonly victims of persecution, war, and violence. This has led to a perception of refugees as people in need, often reliant on humanitarian assistance. This, in turn, leads to their depiction as solely beneficiaries of aid rather than as providers of assistance. Yet refugees help themselves and their communities in significant ways.<

In Kampala, for example, YARID (Young African Refugees for Integral Development) and the Bondeko Refugee Livelihoods Centre are refugee-led community organisations providing a range of services such as trauma counselling, livelihoods training, language instruction, and microfinance for refugees. Beyond formal organisations, examples also abound of informal networks and religious and cultural practices through which refugees respond to community needs. Other research demonstrates that refugees themselves are often the ‘hosts’ that take refugees in. Yet refugee-led initiatives generally find themselves locked out of international sources of funding, unable to meet auditing and accounting criteria, and so remain under the radar and under-researched.

Through qualitative and quantitative research across rural and urban sites in Uganda and Kenya, our research is working to create the first evidence base that systematically and comparatively documents the ways in which refugees in East Africa engage in the provision of protection and assistance to their own communities, i.e. refugee-led social protection. This previously under-researched topic has the potential to directly contribute to improving the welfare of both refugees and host communities by identifying how external assistance can work in more complementary ways with community-led initiatives. We seek to highlight that refugees should not inevitably be perceived as a ‘burden’ on host states but have the potential to improve the welfare of refugees and citizens in the host countries in which they reside.

One example of how refugees undertake this is through refugee-led micro-finance groups. In 2016, Robert Hakiza, a Congolese refugee living in Uganda and himself the leader of a Kampala-based organisation, and I undertook a research project examining refugees’ access to financial services. Refugees face an abiding exclusion to financial services, meaning that they are often unable to obtain start-up capital for small businesses. Particularly in urban areas, where refugees are not provided food or shelter from humanitarian agencies, this poses a huge barrier for refugees in becoming self-reliant. Today there is a significant amount of research exploring the best practices of micro-finance loan provision to refugees, yet there is a notable gap in research on refugee-led micro-savings and micro-finance groups. This lack of knowledge extends beyond a gap in refugees’ micro-finance mechanisms – it bypasses an important area of study regarding refugee self-reliance and leadership.

weekly in grassroots savings and loan groups to place small amounts of money (averaging from 50 pence to 5 pounds) into group savings and take out and repay micro-loans. Members also discuss business challenges and offer each other advice and support. The savings groups comprise mainly women and average 30 members. The loan cycle generally lasts 12 months, after which members divide the interest amongst themselves and either end or begin another cycle.Members describe these micro-finance groups as overwhelmingly successful, providing individual members with an opportunity for a lump sum of capital that many could not otherwise accrue. They are generally used to start or improve small businesses, and enable refugees to have livelihoods, send children to school, and tackle hardships. In short, the financial support refugees offer to each other is a significant site of initiative and ingenuity, and demonstrates that in the absence of access to formal banking, many refugees are doing it themselves.

We initially focused on group support mechanisms, yet, as we began to interview the heads of refugee-led savings and micro-loans groups, we realised that leadership was integral to our findings, as well. The individual effort required for these groups to start and run is enormous. As the founder of one refugee-led savings group explained,

‘It was a personal idea. I saw a lot of people suffering, moving from place to place [from organisation to organisation] looking for support and not getting help. I was affected…It took six months to get people together.’

This story of perseverance is similar to many told by other founders of refugee-led savings and loan groups in Kampala. However, although both group leaders and members are emphatic about the help these groups provide, many refugee-led micro-finance programmes do not have enough capital to make substantial loans to members. Average loan sizes are generally under 300,000 Uganda shillings, roughly £62/$89, and not enough to start a small business. We found that although group solidarity –widely agreed upon as necessary for successful micro-finance programmes – is present in refugee-led micro-finance groups, they are unable to support members with the loans they need.

In turn, although international organisations often have the funds to offer large loans, their overall success rate with micro-finance programmes for refugees is low. This is commonly attributed to loans being seen as ‘hand-outs’ and community collateral being weak or non-existent in institutionalized programmes, which may target groups of refugees lacking social cohesion. Our research demonstrates that preserving the grassroots nature of refugee-led groups while injecting them with more capital from institutions may offer a way to address some of the long-standing issues in refugee micro-finance provision. MFIs could offer large loans, while the community collateral that grassroots refugee-led initiatives provide could serve as an important bulwark for MFIs against loan delinquency. Yet the lack of recognition of refugees’ own finance mechanisms impedes the ability for partnerships of this nature to be formed or even be considered at all.

This research has brought us into contact with brilliant and resourceful refugee leaders and stimulated reflection on the particular challenges of serving others within contexts of displacement. It has also illuminated the ways the humanitarian system engages (or doesn’t) with local, grassroots leadership and ‘bottom-up’ solutions to struggles. This challenge was rendered visible at the World Humanitarian Summit (WHS) in April 2016 through discussions on ‘localisation’. Targets were set in the Grand Bargain to allocate 25 % of humanitarian funding to local and national organisations. However, the ‘fundamental shift’ in the provision of refugee assistance that WHS consultations discussed were mainly focused on increased investments to the countries that host the majority of the world’s refugees rather than a focus on elevating refugees as partners in assistance.

The refugee leaders of micro-finance groups and other forms of assistance are important reminders that leadership does not need podiums, or big offices, or even much in the way of resources at all. To think otherwise is to give in to what has been called ‘the reductive seduction of other people’s problems’, in which people in the Global South are commonly perceived as needing ‘saving’. Our research demonstrates the opposite: even under the most constrained circumstances, refugees help themselves and their communities in diverse and meaningful ways. It is up to the rest of us to learn from all they have already achieved. 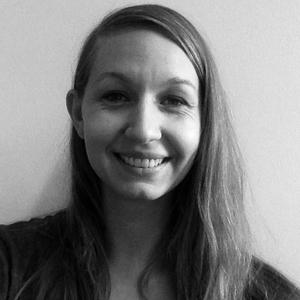