Within a multi-cultural, multi-religious, interconnected, digital society, the use of the Internet for religious purposes has potentially important implications for inter-ethnic and inter-religious relations, policy-making and education.

Furthermore, Internet has, over the past decade, provided a new platform for religious groups as a new approach and a venue for proclamation, communication and interaction, with both members and non-members of their religion.

To promote knowledge and awareness of their stories and their willingness to “be there” in the society where they were born or where they arrived during childhood, young Muslims in Italy have created several associations and groups and Internet has allowed them to diversify their communication strategies: creating websites, forums and Facebook pages and groups where they can discuss their daily lives, share advice, news, articles, ideas and information, practise active citizenship and develop new public spheres.

It is the emergence of a group that creates public spherule, occupies a public space and can be transformed into a community.

In the pioneering research of Parker and Song, the two researchers studied how the use of the web among the Chinese and other Asians in Britain has created new public spheres. They noted that “the Internet provides a medium for the expression of often inarticulate previous minority perspectives”. Although they focused on identity expressed in “ethnically connotated” websites, the authors acknowledge that this is not their ultimate meaning, stating that “this is merely the initial step in verifying the purpose: they offer to their users and co-creators to engage in a collective discourse and form an active audience”.

As also Totaro highlights there is a new generation that “no longer wants just to be online, but that wants to participate actively in the construction of meanings and metaphors as well as to make its contribution: a generation that demands the right to be involved”.

The increasing growth of the Internet is therefore reshaping Islamic communities worldwide. The profile of the people using these networks ranges from college students to Islamic intellectual authorities. The way that this transformation comes out is that young Muslims who are familiar with online platforms use these spaces to enter debates and get their own informal space to present and represent their identities, ideologies, aspirations and even solutions.

These platforms can in fact offer peripheral voices the opportunity to express their experiences against stereotypes and marginalization. Moreover, the presence of second generations in the house can also provide a definite advantage for the first generations, allowing them to deepen their faith, through an empowerment process due also to the strategic use of Internet and of social media platforms.

The second generations in this sense can act as a bridge to structure new diasporic relations between their parents and Islamic scholars who more and more promote their teachings through Facebook and other social networks; furthermore listening and watching videos of Islamic scholars based in Europe can help the first generations to understand better their children and their way of living and practising religion in the European context, their religious points of reference and their religious groups or affiliations.

On one hand this role of the second generation can expand the family’s social and cultural capital which can be a strategic and decisive element for integration. On the other hand, the more the parents understand the context, the tools and the messages the second generations are exposed to online and offline, the more they will be also able to prevent the spread of messages of radicalization and violent extremism to reach their children.

There are, in fact, risks and opportunities in the massive diffusion of new technologies and the use of social networks, blogs and Islamic forums, including the development of bottom-up interpretations of Islam, of an Islam called “cut and paste”, eclectic, from which people can take inspiration according to their religious preferences.

Internet can also link young people born in Italy with religious practices distant from their experiences outside the family (in secondary socialization) and encourage the spread of visions which are radical and irreconcilable with the context in which they live, producing situations of isolation and estrangement and bringing them more and more to seek refuge in “protected” environments online and offline, with the risk of being recruited by radical Islamist groups as foreign fighters.

Research by Dounia Bouzar, director of the Centre for Prevention Against Islamic Sectarianism, indicates that 91% of recruitment take place online, but in many cases Internet acts as radicalization-accelerant in the further stages. It is estimated that there are nearly fifty thousand Twitter accounts of ISIS supporters, with an average of about thousand followers each.

Recruiters appeal to youngsters living in European countries and looking for their way of being Muslim with messages of martyrdom and loyalty packed in rock video formats.

This is a new genre labelled as pop-jihadism by Daniel Koehler (2013), director of the German Institute on Radicalization and De-radicalization Studies. Recruiters convince young people that they can be part of something bigger that will allow them to forget about their ‘small problems’ at home.

In the digital age, jihadists can now reach people from different social backgrounds and demographic cohorts. That is what David Thomson, author of the book “The French Jihadists”, calls the “democratization of the cyber jihad”.

It is also noteworthy that, through social media like Facebook and Twitter, it is now easier to keep in contact and it may happen that those who left for Syria stay in touch with friends at home and, chat after chat, get them too to leave for the so-called Islamic State. As stated by researcher and expert of radicalization, Montasser AlDe’emeh:

“If you play football together every day in the park and two of your friends go to Syria, you stay in touch with them on Facebook. And they will say: ‘Belgium is boring. Here we have beautiful rivers and Kalashnikovs. Here in Syria we are somebody’. In Belgium, you are nobody.”

Contacts of this type have a strong potential for recruitment, even involuntarily or indirectly.

Internet, in fact, questions the traditional space-time constraints, producing new forms of interaction, not related to the classical categories of near/far. It also allows increased contact between people living in the West and groups and individuals in the Islamic world, allowing Muslims who wish to isolate themselves from the environment and reconnect to the reality of belonging, ascriptive or chosen, in a virtual ummah.

In this sense, as the sociologist Renzo Guolo stated: “Online Islam further relativized the de-territorialization of the Muslim community in the West and appears as a tool that promotes its transnationalism”.

Indeed, transnational actions and political identities that some second and third generations of Muslims in Europe have embraced seem to give rise to a de-territorialized public sphere that not only calls into question national borders, but overcome also the local level.

So these young people want to be recognized − and represent themselves − just as Muslims, part of a virtual and transnational Muslim community, instead of the local communities in which they live their daily lives. However, this attitude is a sign of a very dangerous trend, the symptom of an inner ambiguity, which is likely to lead them to embrace radical forms of Islam and, at worst, to become foreign (or domestic) fighters.

Furthermore, individualization and privatization of religion or the participation in a virtual religious community can mean more freedom to adapt certain rules to certain contexts or to develop new forms of mixing and syncretism, but it can also lead to more fundamentalist orientations and radicalization against the society of residence, especially in individuals at risk of exclusion and discriminations also because without the same rights as the citizens. 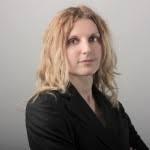