The Italian healthcare system needs ambitious reform if it wants to remain among the best health care systems according to the World Health Organization index – that reform needs to be tech driven.

It is even more urgent at a time when Government debt is on the rise, GDP growth is at a minimum, the tight fiscal parameters imposed by the EU are limiting government expenditure, and an ageing population (Italy’s has the second oldest population in the world) is putting strain on the resources.

At the risk of sounding cliché new public health policies need to disrupt the current organizational model. This doesn’t mean the public healthcare should give up its role to the private section, rather that the public health care system should learn from new solution arising from the tech world.

Application of new tech solutions to healthcare is vast: from telemedicine to data-driven prevention all the way to wearable devices.

Each of the aforementioned solutions can innovate the public health care system and is worth an indebt analysis, but given the length of the article I will focus on a single area: the management of the non-urgent medical cases in hospitals.

In other words: people that clutter the hospital emergency rooms when they have no reason to be there.

According to a 2013 report by SIMEU, the Italian Association for Emergency Medicine, every year 24 million people access Italian emergency room. Of these around 15% are classified as “non-urgent,” meaning that their medical problems could have been addressed by a visit to their physician.

This translate to roughly 5 million people cluttering the emergency rooms and burdening hospitals and doctors with extra work: 410,958 a month, 13,698 a day and 570 an hour.

One of the reasons behind this rush to the emergency room is the difficulty primary care physicians are having in playing the role of filter between the population and the hospital.
Until the rise of the internet and the growing expectations of immediate answers primary care physicians were the point of access to medical information while points of access of today have multiplied and become immediate.

The flow below shows how the relationship between patients with “non-emergency needs” and the Italian public health care system was built starting from the end of the Seventies.
Such a structure has remained the same since the seventies despite great changes in patient-consumer behaviour and expectations.

Without a reform of the patient-doctor relationship patients are found their own way to access instant medical information.

Below this new flow is represented:

Another reason why more patients choose the hospital can also be attributed to the slow response and the inconvenient times one can access primary care physicians. The average waiting time to get an appointment with the selected primary physician in Italy is 4.3 days while visiting hours are usually confined to public office daily hours.

In an essay titled the “uberification of the U.S. service economy” Steven Schlaf, a venture capitalist, outlined how the ride sharing platform’s organizational model to deliver services has radically changed the industry.

Successful applications of the uber model spam most service industries: from hospitality (Airbnb) to food (Deliveroo), to transport (Uber and BlaBla car).

The management of non-emergency medical cases by the public health care system has a lot to learn model.

Let’s imagine an uber-like flow of a patient in need of medical information.

Patient A wakes up with a rash. In today’s framework he has three options to understand what it is and find out how to cure it: 1) wait and see how the rash evolves, 2) get worried and try to make a diagnosis by reading info on the internet, 3) rush to the hospital to get an answer.

In the new uber-like model the same patient could pick up his phone, tap the public healthcare app, access a chat, take a photo with a smartphone, send it to a dermatologist and get an answer in minutes. Once the patient has received the answer he/she decides not to go to the hospital.

The dermatologist can be anywhere in Italy. He does not even need to be in the hospital, he can simply be on duty on his computer and ready to answer incoming medical request.
The flow would look like this:

On average a doctor can manage 6 non-emergency requests. The working day is 24 hours. 144 are the total chats per day. So, if the doctor works 8 hours per day, he/she can answer 48 requests in an 8-hour shift.

Non-Communicable Diseases, Mental Health and Addiction: The case of India
Pre Exposure Prophylaxis: Where Does it Stand for Young Women?
Share this:
Previous

Innovation for development: the way to go 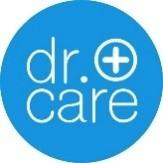