Dynamics of empowerment: an intersectional approach to gender equality But is it really the best strategy when it comes to improving women’s conditions?

The SDGs manifesto against gender discrimination and women inequality is bold. It highlights some basic elements and factors that hamper women’s claim to an equal footing in a fair society. Its simplicity and linearity present women empowerment as a static process that can be attained through the implementation of clear-cut strategies and the fulfillment of well-defined objectives.

This straightforward approach finds resonance in a general tendency to legally articulate strategies of development mainly based on legal guidance and schemes. It is not coincidence, that the last decades have witnessed an increased number of legal norms and judgments concerning women/gender issues.

However, while it is the case that gender-based discrimination requires the deployment of legal practices and policies, it is also important not to forget the stratified horizon within which inequalities grow. In this respect, women discrimination might call for the creation of flexible legal patterns that avoid any segmental understanding of this phenomenon, along with analyses and measures that truly allow defeating social mechanisms which buttress condition of unfairness.

On this account, the SGDs agenda for gender equality should be understood as the schematization of a task that needs to be tackled along with an increased awareness of diverse and broader social dynamics that the developmental schemes tend to neglect. The vigorous effort delineated in the SDGs guidelines should turn into a multifaceted intervention on a variegated set of sedimented structures.

To begin, as the long history of women discrimination has demonstrated, discrimination is not a unitary phenomenon and therefore empowerment strategies can hardly be organized along a unitary line. The most visible and accountable division is that between a form of discrimination that arises in the private sphere and another form that takes place in the public.

From domestic violence to child marriage, from sexual abuse to genital mutilation and other forms of gender-based violence, private discrimination is mostly rooted in a cluster of beliefs and feeds off sedimented patriarchic concepts and habits. As Pierre Bourdieu explains in his seminal essay Masculine Domination, these manifestations of women’s subjection can be seen as naturalized social constructions that culminate in a “somatization of social relations of domination”.

This means that women themselves are prone to adopt patriarchal standards and to acquire habits that perpetuate the divide between genders. In a recent article published on The Guardian, Suzanne Moore debates the case of practices of sex selection, or better, selective abortion in Armenia. She explains that boys “are an investment” since they “ensure the family lineage, and […] will provide in old age”, whereas “[g]irls grow up, marry and leave. They move in with the husband’s family. […] Girls are a loss”.

While Moore describes the encouraging proliferation of educational initiatives to support the 2006 law against sex selection, she also observes that some “of the biggest pressures on women to have sons come from other women: mothers–in–law”.

The Armenian case is a glaring example of how the law and the educational initiatives tend to overlook the complex historical and social variables lying behind personal relationships. Legal measures that only target one object, defining and isolating it from its context, minimize the multiple and incommensurable segments that compose power relationships. Elizabeth Povinelli understands this as a constant swinging of the law, a displacement that obliterates the mess of unpredictable interactions which is doomed to leave something behind. The “part that has no part” in the law is exactly the consideration of the ambiguous participation of single actors in social practices.

In the SGDs plan, the path toward gender equality is described as the achievement of a series of goals that appear to be self-standing. Something that can be easily adjusted through legislative measures. Instead, any process of improvement requires a more composed approach to discrimination, one that takes into account not only the mere materialization of inequality, but cuts deeper to unearth the combination of factors that affect and shape disadvantage.

Policy makers should avoid what Davina Cooper defines an as “isomorphic approach to equality” in order to embrace a more intersectional point of view.

This entails setting the stage for a general redefinition of the way in which goals are articulated. An intersectional approach to discrimination calls for a more careful analysis of the elements that contribute to the creation of a specific social condition. The reconsideration of the “geometry of disadvantage” requires an adjustment of objectives in the light of the multiplicity of actors and functions that collude in defining the situation.

However important and propitious, pre-defined goals (e.g. “5.3. Eliminate all harmful practices, such as child, early and forced marriage and female genital mutilation”) run the risk to scotomizing the force and intrinsic value of traditional patterns of behaviour. In particular, guidelines and a fortiori policies should avoid the introduction of  a dichotomy that exposes discriminated subjects to the double bind of choosing habits over opportunities, culture over culturalization.

In this sense, empowerment can no longer be regarded as a linear path toward a stable objective.

Empowerment should to be considered as a circular process that takes as its starting point the positionality of single social actors. Emphasis should be placed on the distinctiveness of each situation, with the awareness that every actor produces and is at the same time exposed to an intricate web of meanings, affects, relationships which cannot be standardized, nor imagined before they actualized.  In practice, as Cooper points out, “this means taking a person-centred approach”. Since, “universal rights and values are best achieved through attention to the particular forms that discrimination takes and the specific realities of people’s lives”.

Indeed, such a diffracted approach might sound particularly challenging, but it is much more likely to create the conditions for social actors to become aware of what determine inequality. Moreover, taking this debate out of the legal realm and to reintroduce it in the political framework would lay stress on the role of social actors other than women, so as to be more alert to the intricated we of actors that produce inequality.

The Power of Civil Mobilisation 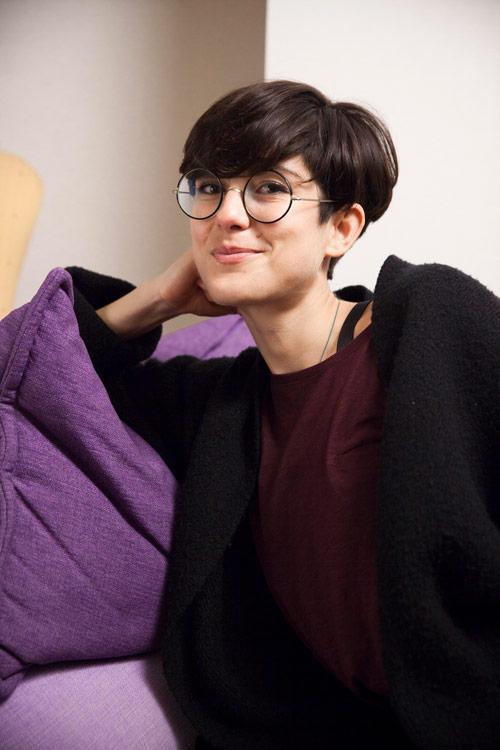 Valeria Venditti acquired her Ph.D. in Political Philosophy in 2016 at ‘Sapienza’ – University of Rome. Her research includes feminist and queer studies, legal theory and kinship studies. She is a member of the editorial team of Politica & Società and regularly gives seminars in various European and Italian universities.