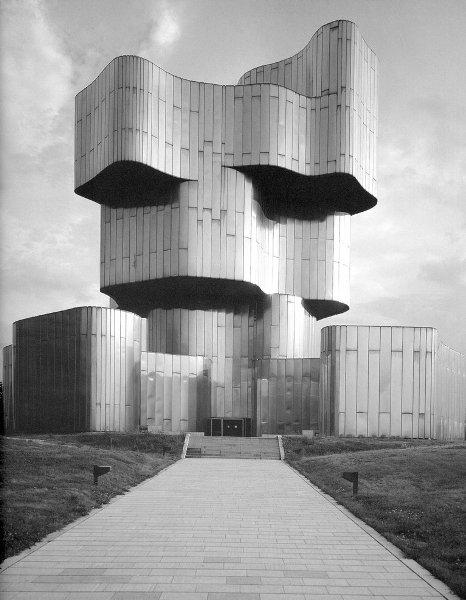 A piece of modernism in Yugoslavia.

Nearly three decades after the disintegration of Yugoslavia, ethnic lines among three largest ethnic groups in the region, Serbs, Croats and Bosnian Muslims are still deeply carved and in most segments in lives of ordinary citizens, are politically and economically institutionalized in particular in areas of education, political and economic clientelism, media etc. These divisions are holding hostage the progress of the region and places the newly established independent ethnically homogeneous states among the most iniquitous in Europe in terms of political and economic corruption, political nepotism, transparency, unemployment, rule of law etc. If there were any doubts in the 1990s, that economic and political instability of Yugoslavia could have been resolved via democratic exercise utilizing previous built up ethnic tolerances among Yugoslav people, those hopes are now long dashed and the void left has transformed the region from political elite’s instrumentalization of ethnic groups, to ultra conservative Croatian, Serbian and Bosnian governments. While these three largest groups are often taken as an example because of its size, other regional ethnic groups are not to be ignored and deserve equal scrutiny, mainly Slovenians, Macedonians, Montenegrians and Kosovars (Albanians) which happen to operate under the same or similar modes of political decision as the other three.

Naturally, the question persists in regards to why after nearly three decades of state building and reconciliation separation and ethnic intolerance in particular in Bosnia continue to be deeply rooted and on some levels even promoted, while Croatia, Serbia and Kosovo who tend to be more ethnically homogeneous than Bosnia, teeter on the verge between fascism and ultra conservative religious nationalist governments. It is not unusual for Croatian and Serbian governments to not condemn or turn the blind eye to some form of fascist “peaceful march” at their main squares in their capitals respectively in the last year or two or assertively work on implementing historical revisionism of WW II of their Nazi quisling puppet states, while simultaneously condemning, discrediting, destroying and removing any traces of anti-fascist Yugoslav movement and the Yugoslav legacy of WW II. Simultaneously, the Bosnian Muslim political elites under the radar collude with radical Arab countries for a handful financial handouts at the expense of radical Arab Muslim strand creeping up into traditionally peaceful Bosnian Muslim communities which now more often than not, come in direct confrontation with local Bosnian religious communities who favor moderate Yugoslav-European traditional type of Islam.

It appears that wars in Yugoslavia, which lasted nearly ten years cumulatively in addition to two decades of post reconciliation efforts has taught ordinary citizens nothing or it could be that regional ethnically charged political elites have simply grew more sinister in their instrumentalization of ethnic cleavages and have become morbidly resolute on taking advantage of the West being preoccupied with own political and socio-economic affairs.

Whatever the outcome of the above, hardened ethnic divisions nearly three decades after the collapse of the country that held them together, appears to not bear well for the future and the well being of Western Balkan region nor to a good extent for its next door neighbor, the EU, especially since EU in recent years has its own headaches with its strand of ethnic rather nationalist mobilization, dubbed as populism.

Lastly, scholars have traditionally assumed that ethnic mobilization would disappear with the ongoing development of modernization, the spread of liberal democratic values and further assumed that traditionally “ethnicity was a transitional phenomenon or a factor that did not and would not have any influence on the formal political system”. For some cases this argument drew on Marxist reasoning that ethnic identity would be trumped by class identity and working class struggles against the capitalism. Still for others, in particular after the 1980s ethnic attachments were dismissed in lieu of advancement of liberal democracy.

However, the resurgence of ethno-political mobilization based on either territorial and linguistic cultural facets among ethnic groups in Western Europe (Catalonians, Basque, Flemish, Bretons, Corsicans) in the 1970s it contradicted the prior scholars’ expectations. Ethnic differences within particular nations did not appear to erode over time. This was in particular true with Eastern Europe where it was taught that socialist system and working class identity would erode need for ethnic based identify.

This idea came unraveling during the fall of Soviet Bloc and democratic wave that followed sweeping East Europe in particular former Yugoslavia which witnessed resurgence or rather recoil of ethnic identity premeditatedly instrumentilized in opportune time by political elites who turned ethnic mobilization into ethnic conflict. This historical adjustment in how scholars understood ethnic mobilization and at what stage turns violent and under which factors and thus the impact it continues to have on formal political system, has called for reemphasis of consideration on the need to reflect about the correlation between politics and ethnic mobilization.

African Migrations and African invasions
Can Behavioral Science Improve Policies for the Inclusion of Migrants?
Share this:
Previous

Pluriculturalism in Bolivia: An overview based on latest Census 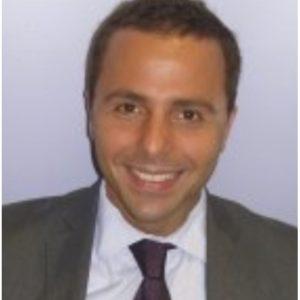 Dr. Goran Filic is native of Dallas, Texas. Holds an undergraduate degree in Finance with minor in Economics from Southern Methodist University, Cox School of Business in Dallas. Completed graduate studies at Columbia University, School of International and Public Aﬀairs obtaining master’s degree in International Aﬀairs. Awarded doctoral scholarship earning a Ph.D. degree in Political Science from University of Milan. Currently assigned on Jean Monnet Project commissioned by European Union in partnership with University of Bologna with focus on Democratization and Reconciliation of Western Balkans. Dr. Filic has published articles on the topics of conﬂict management, democratization, ethnic mobilization, reconciliation and peace sustainability in the post conﬂict societies. His main research ﬁeld is political philosophy with accent on global justice, democracy, ethics, conﬂict management and peace.