Pluriculturalism in Bolivia: An overview based on latest Census

Nevertheless, many disparities and gaps remain. For instance, the conditions of vulnerable and excluded populations – especially for those that belong to ethnic groups – need improvements.

From 2009, the Republic of Bolivia officially changed its name to the Plurinational State of Bolivia – given the fact that many people come from different aboriginal ethnic groups.

There are 119 nations that were identified in the last 2012 Census. This enabled Bolivia to declare itself as a Plurinational or Multicultural Country. When so many nations, cultural norms and practices, traditions, and life styles should coexist and interact, there might be challenges at community level, as it happens in many municipalities around Bolivia.

According to the last Census, the nations of “Aymara” (1,6 million) and “Quechua” (1,8 million) are the most important in terms of population. There are other relevant ethnic groups such as “Guaraní” or “Peasant”. In addition, the 56% of the population belonged to any ethnic group live in rural areas and 43% had Spanish as their first language.

Most of Aymaras and Quechuas live in two of the most unequal departments of Bolivia: Chuquisaca and Potosí.

For instance, according to the basic education indicators in Chuquisaca and Potosí, important percentage of Quechua population (14% and 12% respectively) did not know how to read or write. In terms of access to education, 58% did not attend school in Chuquisaca and 51% in Potosí. In addition, 13% in Chuquisaca and 11% in Potosí did not achieve any grade nor level in school (e.g. primary, secondary, post education). Regarding health, 3 women in Chuquisaca and 4 out of 10 had their deliveries in a private place other than a health facility.

This data attests the existence of a significant challenge, which is linked with the ways through people know and speak Aymara or Quechua, to the improvement of current indicators in the field of education and health, also considering the enormous disparities and gaps.

There are other “living conditions” indicators related to sanitation and water in Potosí.

For instance, 59% of households did not have sanitation mechanisms and 33% of communities had bad quality of water. Even though, between 2001 and 2010, the social investment had increased in Potosí (255% growth), challenges remain.

The most significant increases in social investment were aimed at health, education and environment. The sectors of Basic Services (e.g. sanitation services and water facilities) and Social Protection had the lowest increases.

For Chuquisaca, where most of children and adolescents speak Spanish (56%) and Quechua (38%). There, one of the biggest issues is related with adolescent pregnancy. There are some municipalities (Monteagudo and Macharetí) where, according to the last census, adolescent pregnancy reached 35% and 26% respectively. This means to say that adolescent pregnancy affected one quarter of the adolescent population. In terms of education, 4,7% of adolescents drop school. In selected municipalities (Villa Charcas, Incahuasi, Culpina, Poroma, among others) 3 out of 10 children did not attend school. As of 2012, Chuquisaca had the worst education indicators in Bolivia. And, on health, 45% of children had stunning and 44% of households did not have bathrooms.

Data suggests a series of possible recommendations. In Chuquisaca, legal and normative frameworks should incentivise the inclusion of otherwise excluded and vulnerable populations such as Aymara and Quechua, which are a significant share of the population. Morales’ administration should have focused efforts to understand and improve the conditions of these groups.

We now know that the conditions of these peoples have not improved over the years. Certainly, more evidence is needed, and a new Census (that may be carried out in 2020 ) can improve the knowledge on these matters.

A short map of European occupational programmes for training and skills-learning
Data Systems for the SDGs
Share this:
Previous 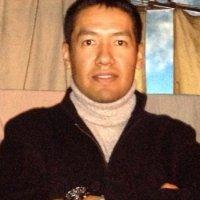 Antonio Canaviri Zamora is a monitoring and evaluation expert. He is currently affiliated with FLACSO Argentina.