Social policies, social provisioning and inequalities in Brazil: from the PT governments to the ongoing crisis

Since about 2014, and especially since 2016, Brazil has been experiencing an intense social, economic and political crisis. At the beginning of 2018, there were nearly 14 million unemployed individuals, or nearly double the number of four years earlier, whilst the share of informal employees and self-employed workers had risen by some 3 percentage points and averages wages had not recovered in real terms (data form IBGE, PNAD contínua). Extreme poverty reached 1.5 million more people in 2017 than in 2016, whilst real GDP per capita has been decreasing uninterruptedly since the end of 2013.

This deterioration of social conditions stands in contrast to the largest part of the Workers Party (Partido dos Trabalhadores – PT) administrations (2003-2016), during which Brazil underwent a period of growth and redistribution that included large sections of the population into the market as consumers. Illustratively, between 2003 and 2013, the extreme poverty headcount decreased from 13% to 5% of the population and the Gini index of household per capita income fell from 0.58 to 0.53, based on data from household surveys. This growth and redistribution process was part of a larger Latin American trend, which, importantly, swam against the current of global developments.

This markedly different trajectory of Brazil and Latin America during the 2000s, with its subsequent reversal, invites an assessment of the successes and shortcomings of the PT’s social and distributive policies. The crisis has thrown wide open the prospects of the upcoming October elections, with many hankering for a return of ex-president Lula and a sizeable minority courting the far-right. Yet it is unclear that reediting the former’s policy mix will resurrect its social gains, whilst the right has very little indeed to offer in this regard. The development strategy needs to be rethought.

It is argued here that, to tackle inequality and destitution going forward, the country needs to go beyond the state-sponsored, yet ultimately commodified forms of social provisioning the PT implemented. Although a series of key policies did raise income in the bottom of the distribution, they failed to tackle top incomes or transform power structures, whilst sizeable stimuli were offered for the private sector to lead the provision of key services such as health, education and housing.

Synthesising these trends, the distribution of income did change during the 2000s. Higher minimum wages, conditional cash transfers and greater pension coverage drove sizeable gains for those in the bottom; nevertheless, the top one percent, through their control over capital, continued to appropriate about a quarter of national income. Lula’s repeated statements that businesspeople and workers never gained as much as during his government, or the fact that poverty fell whilst banks enjoyed record profitability, encapsulate these dynamics pretty well. Lacking deeper transformations of the distribution of power and resources, however, the gains for those in the bottom were fragile, as the recent crisis shows.

These distributional developments were fragile for a further reason, as the jobs created, even if in the formal sector, were mostly of low quality. Data from National Accounts show that, between 2003 and 2013, employment creation was concentrated in low-paid, low-productivity sectors, such as construction, sales, and services for personal consumption. Hence the share of posts paying more than three minimum wages decreased by six percentage points, accompanied by greater outsourcing and labour market churning rates. Formal jobs might have been created, but they were increasingly more precarious and less stable.

With regards to health and education, their provision in Brazil follows a mixed structure, in which a free public system coexists with a subsidised private one. The country has got a universal healthcare system (Sistema Único de Saúde – SUS), free at the point of access but chronically underfunded, and a free education system, extending from childcare to post-graduate degrees, but with a severe shortage of vacancies. At the same time, public money subsidises the private, commodified provision of health and education through, amongst others, tax exemptions for individuals and companies, tuition fee waivers for low-income students in private higher-education institutions, and subsidised student loans.

The PT did not make a clear option in favour of public health provision, but essentially offered subsidies so formal-sector workers could opt out of the public system. Ocké-Reis and Gama estimate that health-related tax exemptions amounted to about R$ 25 billion in 2013, with a real increase of about seventy percent since 2003 and just under a third of the Health Ministry budget. Consequently, out-of-pocket expenditures on health were one of the items that increased the most in household budgets between 2002 and 2009, while the profits of private health insurance providers nearly tripled in real terms between 2003 and 2011.

As for higher education, the policies focused on expanding the for-profit, commodified segment of the private sector, albeit tempered by a simultaneous increase of funding for the public sector. Tellingly, although enrolment in public HEIs increased by two thirds between 2003 and 2014, their share of total higher education enrolment during the period fell from thirty-one to twenty-five percent over the same period. Massive subsidies and loans allowed for this increased dominance of the private sector, as it is estimated that in 2014 over R$ 30 billion of public money was destined to the private education sector in its different levels, guaranteeing the solvency of providing education as a commodity. One of the effects of this process is that Kroton, a Brazilian company founded in 1966, became the largest private education company in the world in 2014.

Financial inclusion and growing indebtedness were further results of the period. Between 2005 and 2014, the household indebtedness to yearly income ratio grew from eighteen to forty-six percent, with a large entry at the bottom-end of the market (data from the Brazilian Central Bank). This means that as the income of workers in precarious positions grew, they not only became consumers of state-subsidised private health and education, but also entered the financial system and acquired debt.

Amongst other factors, this increasing consumption of financial services was actively spurred by the subsidised-housing programme My House, My Life (Minha Casa, Minha Vida – MCMV). Launched in 2009, it offered different schemes depending on the income of beneficiaries, from paying construction companies up to 90% of the value of the housing unit to subsidising credit. In all cases, the remaining value of the properties was to be paid through a mortgage provided by Caixa Econômica Federal, and the arrangements in place were highly lucrative for the private companies involved.

Therefore, in the case of housing as well, the PT governments created programmes and subsidies that did manage to reduce deprivation and to include low-income individuals into the markets, but as consumers of commodified services with strings of debt attached. Official data indicate that about two million housing units were delivered until 2014, at a cost of R$ 88 billion in subsidies and generating debt obligations of R$ 131 billion.

In sum, the PT governments stimulated the commodification of key services, particularly health, education and housing, supported by the extension of state-subsidised private finance. On the one hand, this alleviated deprivation across different dimensions, such as by extending higher education to broader swathes of the population and reducing financial exclusion. On the other, public money increasingly became the guarantor of financial rents and of the profits of firms in different sectors.

Through this process, social mobility did occur in Brazil, but it came to mean exiting poverty, getting a formal, low-skilled job and accessing credit at lower interest rates to pay for state-subsidised private health and education. Not only was this constrained in its horizon of change, it had also ended long before President Dilma Rousseff was ousted in 2016. With growth stalled since 2013, a clear choice for austerity was made from 2015 onwards and the downwards spiral accelerated: under tougher distributional choices, the government continued attempting to balance different interests, with increasingly meagre social, economic and political results.

There were undeniable improvements in social indicators between 2003 and 2013, but further gains and the reversal of recent losses need a different policy mix. Under a less permissive domestic and international economic scenario, the strategy of maintaining growth and redistribution without attacking loci of power and distributive injustice is unworkable. Choices need to be made which can encompass large sections of the population, bringing together low and middle-income households.

Opting for the public provision of key goods and services, instead of lining the pockets of private companies to provide them with dubious results, is a central step going forward. The vast subsidies in place could instead fund a programme to increase the coverage and quality of public health, education and infrastructure, key demands behind the 2013 mobilisations in the country that have not yet been met. As an element of a progressive and inclusive development agenda, Brazil could redirect the share of the budget that funds privileges and profits for the few towards guaranteeing rights for all. Fortunately, the task is not to create a model from scratch, as there already exists a public provisioning system that can prioritised, alongside its workers and stakeholders. 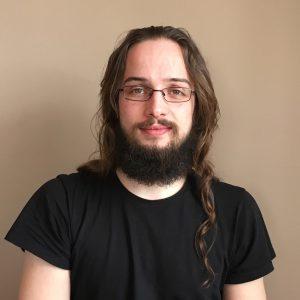 Pedro Mendes Loureiro is currently an Economics PhD candidate at SOAS, University of London, and from September will be a Lecturer in Latin American Studies at the University of Cambridge. His main research agenda focuses on the political economy of the left-of-centre governments in Latin America (the ‘Pink Tide’), unpicking their advances and shortcomings in terms of promoting structural change and reducing inequality. His other research interests include heterodox economics frameworks (Marxist, post-Keynesian, institutionalist), inequality measurement, the capabilities approach, state theory, inter-disciplinary and pluralist approaches, mixed methods, and financialisation