Lately, there has been a quote from Machado de Assis, Brazil’s most illustrious writer, circulating around. It dates back to an article in the newspaper Diário do Rio de Janeiro, from 29 December 1861, where he states that “In Brazil, there are two countries: the real and the official one. The real is good, and with the best of intentions. The official is caricature and burlesque”. Over a century later, this statement remains valid, with one presidency candidate embracing and reproducing “official Brazil” at its worst.

This year’s elections have seen the culmination of a long-coming and widespread phenomenon: the emerging of far-right candidates and the prospect of establishing authoritarian and populist governments. Even though this movement is not only restricted to Brazil, the country has been struggling with the maintenance of its democratic institutions, and the election of Jair Bolsonaro may have political, social and economic consequences beyond those yet seen since the so-called re-democratization period.

The presidential race opposed the former army captain Jair Bolsonaro to the left-wing candidate professor Fernando Haddad, from the Workers’ Party (PT). While Haddad seemed to be playing the democratic game, Bolsonaro showed a complete disregard towards it. He threatened to criminalize his competitor and promised either jail or exile to all his opponents. A careerist politician, with 27 years of parliamentary life, Jair Bolsonaro has further threatened to dismantle many existing social rights, some of which were acquired during the 12 years of PT government. He has also been outspoken about his misogynists and racists thoughts  as well as his enthusiasm of old military personas from the dictatorship regime (1964-1988). Brazil’s newly elected president is a self-proclaimed supporter of torture and torturers, rapists and murderers, brought along in a distorted revival of anti-communist discourses, disguised as an anti-corruption rhetoric targeted only at the PT.

Right after Bolsonaro’s election, on 28th October, Humans Rights Watch issued a declaration saying that they would keep a close eye in monitoring both the rhetoric and actions of the newly elected government, as well as keep researching, independently, about the respects of human rights for Brazilian citizens. One of their concerns regards Bolsonaro’s position against civil society organizations and critical media, as he explicitly said he would end “all activism” in Brazil, and waged war against social movements like the Landless Workers Movement (MST) and the Homeless Workers Movement (MTST), promising to declare them “terrorist organisations”. He also threatened to “cut federal funds” for all critical press. His declarations are even more potent in light of the execution of the Rio de Janeiro’s councilwoman and activist Marielle Franco, in March of this year. The case, still unsolved after 8 months, shows the negligence of the state institutions towards human rights defenders.

By each passing day new unreasonable announcements are made. In the two weeks following his election Bolsonaro nominated a new Foreign Minister who believes global warming to be a plot created by “cultural Marxists” amongst other nonsenses, and notified the extinguishment of the Environment Ministry (to be united with the Agricultural Ministry) and the end of the Labour Ministry. Later and after many criticism, he denied the end of Environment Ministry via Twitter account, his favourite communication platform, all the while attempting to discredit press vehicles that notified otherwise.

In fact, labour rights, acquired through the struggles of organised Brazilian workers, are one of the main targets of Bolsonaro’s government. The disregard towards the subject is shared between all his power cupola: his vice-president, General Hamilton Mourão, also a reserve officer, and just like Bolsonaro himself often in the core of controversial statements, was recorded saying that labour rights such as the thirteenth month of salary (also known as Christmas bonus) were an exclusivity of Brazil, one that generated high costs for employers and should, therefore, be abolished. Afterwards, Bolsonaro called his vice off also via Twitter, but the episode raised concerns amongst trade unions and workers’ movements.

Over his 27 years as a congressman, Bolsonaro has again and again positioned himself against workers rights. In 2013, he voted against the bill that proposed to extend basic labour rights, such as the 8-hour work day, the right to unemployment benefit and overtime pay, to domestic workers, a category composed vastly by poor, black women, historically marginalized and excluded from legal protection. His argument was that granting domestic workers the same rights as the other professional categories would result in higher unemployment, since the cost to hire and maintenance would increase for employers.

In 2017, Bolsonaro also supported the labour reform bill, proposed by the interim Temer government who came into power after the process of impeachment of the elected PT President Dilma Rousseff. This bill, among other things, revokes the prohibition for pregnant women and infants to work in unsanitary conditions, turns possible the extension of outsourcing to all sectors of activity, makes processes of dismissal easier, and pushes the working limitation to 12 hours a day instead of 8. As a matter of fact, throughout the presidential campaign, Bolsonaro explicitly said that Brazilian workers should choose between having more rights and less jobs or less rights and more jobs and that “Brazil is the country of rights, but it lacks jobs”. This idea is shared by his right-hand and announced future Ministry of Finance, Paulo Guedes, a Chicago’s School economist follower and huge critic of the Consolidation of Labour Laws (CLT) which guarantees workers’ rights in Brazil.

Created 75 years ago, during the regime known as New State (Estado Novo) of president Getúlio Vargas, the CLT introduces new laws, determines rights and duties from employee and employers and establish important concepts for the interpretation of labour relations. Therefore, it fostered working relationships and, overall, regulated minimum working conditions to be held. Amongst other things, it instituted the minimum wage payment, maternity leave, paid vacation, the workers right to strikes, the working-day hours and the working permit itself. What consisted a victory for urban workers, however, excluded and did nothing to strengthen the already fragile rural and domestic workers, who constituted a huge part of the working population.

Not only does the 2017 reform withdraw and revoke labour rights predicted by CLT, it also fragilizes the public institutions charged with overseeing the compliance of labour law and the role of trade unions. Indeed, the bill makes individual contracts prevail over the CLT, enabling the employer to hire employees without the guarantee of labour legislation and the collective bargaining rights mediated by the trade unions, for example. All of which is reaffirmed and defended by Bolsonaro’s government program, which proposes a “green and yellow” working permit (the colours of the Brazilian flag), in addition to the current blue one, as a way to reduce unemployment. The working permit, introduced together with the CLT in 1943, is the compulsory mechanism through which employees are registered, and guaranteed their access to labour rights. In this new version of the working permit proposed by Bolsonaro, workers would be able to choose between the CLT regime, guaranteed by the old blue working permit, or the new 2017 labour legislation, guaranteed by the new green and yellow permit. This is presented as a way of promoting more flexibility in the labour market, and better relationships between employers and employees. However, in practice, this could create a second-class category of workers, confined by pressure rather than free choice to a weaker version of labour laws.

This election was not a normal democratic election. The fact that Bolsonaro’s has suffered a murder attempt allowed him to run away from debates with his opponent during the second round with the excuse of a threat to his life and wellbeing. Later on, he admitted avoiding debates as a strategy. This has never been seen before in Brazilian electoral process – a candidate deliberately refusing to explain his propositions to the population. The advent of social medias and rapid messages apps like Whatsapp as a political tool, and the “fake-news” rant were seen mainly in one side of the campaign. Despite his anti-corruption discourse, even before the start of his mandate, corruption allegations involving Guedes and Bolsonaro himself are already arising. Guedes is being investigated by the Public Ministry, for frauds on investments and pensions fund resources, while Bolsonaro is accused of illicit practices: a little more than a week before the election’s second round, Folha de São Paulo journal has reported a scheme involving the payment of more than 12 million Reais by private companies for the spread and sending of messages through Whatsapp in defence of Bolsonaro and against Haddad. This practice represents an undeclared donation by companies, an act that is forbidden by Brazilian electoral law. Cases such as this require a rapid and assertive response from juridical institutions, in defence of the democracy and the electoral process.

Over all, what was clear before and still is short-after Bolsonaro’s election is that times ahead will test the strength of the public institutions and defy historically obtained labour rights. Bolsonaro’s government will rule under the premises of neoliberalism’s out-dated ideas, mining the welfare of the poorest, in benefit of the financial elites. Going back to Machado de Assis, Bolsonaro and his associates represents now, more than ever, the official Brazil. And with it, all its grotesqueness.

These days, it seems like the self-called “country of the future” is emulating a lot of its past. There will be a future, that is for sure. But judging by its newly elected president’s speeches and disregard for human and labour rights, it’s likely to be a gloomy one.

Homelessness: what we know and the work ahead
From June 2013 to Bolsonaro: a rebellion against the Brazilian state
Share this:
Previous

What can we learn from climate scepticism? 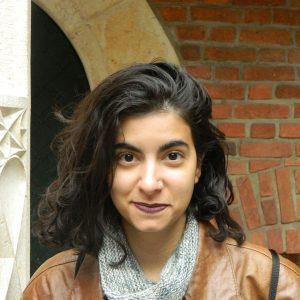 Yasmin Getirana is a master student at the History, Politics and Culture program, in the School of Social Sciences of the Fundação Getulio Vargas (FGV). She currently researches the labour association of female domestic workers during Brazil’s dictatorship regime.