Homelessness is aserious aspect of extreme poverty, which economists have scarcely approached. At the policy level, a superficial acquaintance with the subject may hinder the design of effective interventions within the often complicated system of social protection instruments. But why is that?

The main problem is that collection of census as well as survey data on a highly mobile population such as that represented by homeless people raise several methodological issues. From a statistical point of view homeless people are a “hard to reach population”, and this partly explains the limited attention devoted to this topic in the economic literature.

Economists also neglect the homeless phenomenon because it is difficult to reconcile with the rigid behavioural assumptions of mainstream economics. Indeed, the typical agent of economic models (the so-called homo oeconomicus) take decisions following specific rationality axioms in order to maximise his utility function. This representation is unlikely to fit the behavioural patterns – if any behavioural pattern can even be identified – of homeless people.

Some pioneering studies on homelessness in urban contexts were published in the 1980s when the first experimental data collection methodologies were introduced in the USA. In particular, these studies attempted to apply sampling methods and models used in other realms of social sciences to study urban homelessness. The so-called S-Night approach (Street and Shelter Night) has become the most common data collection methodology for homeless people. It consists of the simultaneous counting of homeless people in a given period of time (one night or day) in a given urban area. An alternative methodology is the one-week (or multi-week) count, which monitors the number of people going to places offering food and shelter to the poor (shelter surveys). In the American case, the evidence collected in these first studies on homelessness suggested that homeless people had three recurrent characteristics:

Since the 1990s, some theoretical and philosophical analyses have started to frame homelessness as one of the outcomes of social exclusion, strongly connected to the (lack of) access to welfare and housing services. Social exclusion means market exclusion (from the benefits of economic relations) as well as inadequate social participation (exclusion from the benefits of social relations). At the level of market exclusion, governments may intervene in order to allow those people who have no access to basic economic resources participation in economic life. The second type of exclusion is not related to economic compensation as it has instead to do with the reintegration of individuals into the social fabric of their communities. Indeed, the homeless condition is seen as the end stage of a cumulative process of detachment from society which has serious negative effects on individual and mental wellbeing.

The empirical analyses that have been carried out since the 1990s have shown a more heterogeneous demographic composition in the homeless population and a worsening of economic conditions in comparison with the past. Specifically, the typical middle-aged male homeless with drinking problems of the 1960s has left room to more mixed representations, among which unemployed (or working-poor) young adults (men as well as women), drug addicts and individuals suffering from psychiatric disorders. The “new” homeless population tends to concentrate in big urban areas, where shelters and places for the distribution of free meals and essential services are easier to find. The causes of the homeless condition have been studied making use of two complementary perspectives: a) an individualistic perspective, which relates homelessness to a conscious choice of the individual or to peculiar personal vulnerabilities (disability, addiction, low educational level, breakdown of family ties, domestic abuse); b) a structuralist perspective, which focuses on the external factors that may determine the homeless condition (poverty rate, labour market conditions, gentrification processes and the related increase of house prices in urban areas, availability of social housing, rent control policies, income support schemes for the poor).

In 2017, the OECD published data on homelessness for 29 countries, drawing on the OECD Questionnaire on Affordable and Social Housing. According to OECD elaborations, in all countries less than 1% of the population is reported as homeless and a common increasing trend in homelessness can be identified for some countries (among which Denmark, France, Italy, The Netherlands) in recent years. By contrast, data show a decrease in the number of homeless in Finland and in the United States. Unfortunately such data are not comparable across countries as national surveys on homeless population differ in terms of the definition of homelessness, the frequency and consistency of data collection and the scope and methods used to quantify homelessness.

The lack of an agreed international definition of homelessness represents a major obstacle to measuring, studying and comparing this phenomenon across countries. In order to remedy this significant shortcoming and promote a transnational debate on the best policy responses to homelessness, in 2005 FEANTSA (European Federation of National Organisations Working with the Homeless) launched the so-called ETHOS (European Typology of Homelessness and Housing Exclusion), which provides a classification of homeless conditions that helps conceptualise and distinguish different degrees of housing exclusion. In particular, according to ETHOS, living situations relating to forms of homelessness can be grouped in four broad categories:

1) rooflessness (without a shelter of any kind, sleeping rough);

2) houselessness (with a place to sleep but temporary in institutions or shelter);

4) living in inadequate housing (in caravans on illegal campsites, in unfit housing, in extreme overcrowding).

Further developments and refinements of ETHOS may contribute to identify an official and shared definition of homelessness in the future, both for European and non-European countries.

In this framework, FEANTSA’s efforts to develop a common definition of homelessness represent an example of how the non-profit sector dealing with social exclusion can play a significant role not only in providing welfare assistance solutions to homeless people but also in obtaining a better understanding of the homelessness phenomenon. In addition to definition issues, the non-profit sector can contribute to collect important information on homelessness. Indeed, social operators working in non-profit organizations are “privileged” observers of the social exclusion process leading to homelessness. At the same time, much work has still to be done to develop appropriate and common methodologies in order to meet statistical requirements and make the information collected on homelessness reliable enough, from a qualitative as well as a quantitative point of view. The development of innovative and robust measurement techniques producing official and comparable statistics on homelessness seem all the more pressing with a view to designing effective and coordinated policy interventions which can foster the social reintegration of homeless people. 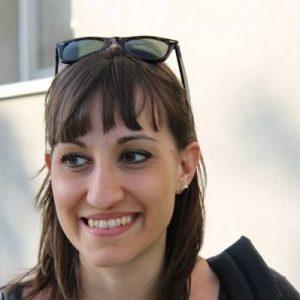 Eleonora Romano is officer at the Italian Ministry of Economy and Finance (Department of Treasury, Economic and Financial Analysis Directorate) where her main activities regard equitable and sustainable well-being indices, sustainable development goals and inequality issues. Eleonora has also worked at the European Commission (DG DEVCO) and as teaching assistant in Public finance. Eleonora obtained a Ph.D. in Economics from “Sapienza” University of Rome. Her main research interest are inequality, poverty and multidimensional approaches to well-being

Why the Sehariyas won’t escape poverty

Better branding and communication will help action in the field