Road traffic accidents and associated injuries are ranked among the leading causes of deaths. For instance, in 2000, road injury was ranked the 10th leading cause of deaths. Road traffic deaths plateaued between 2007 and 2015; with an estimated 1.25 million deaths yearly within the period (WHO, 2015). Therefore, following the deadline of the Millennium Development Goals in 2015, countries made another commitment to achieving certain goals specified in the Sustainable Development Goals (SDGs) by 2030 of which goal three (SDG 3) clearly states countries’ ambitious commitment to “ensuring healthy lives and promoting well-being for all at all ages”. While majority of the targets under this goal are expected to be achieved by 2030, the 6th (SDG 3.6) however requires the number of global deaths and injuries from road traffic accidents to be halved by 2020.

Current estimates by the World Health Organisation (WHO) reveal 1.35 million deaths yearly from road traffic accidents. This estimate scarily implies a death on the World’s road in every 24 seconds  The distribution of road traffic deaths by type of road user reveals close to half of all deaths to be among motorcyclists, cyclists and pedestrians. This literally means “no one is safe”; a situation that is certainly a matter of public health concern worldwide. A further breakdown of the statistics by region shows the number of road traffic injuries and deaths to be rising at least in the last three decades in Africa, and Ghana is no exception. With just about a year and a half away from the deadline, this article looks into the attainability (or not) from Ghana’s perspective. This article is necessary because unlike the commitments and initiatives given to deaths from communicable and non-communicable diseases by the government of Ghana, not much is seen in respect to road traffic accidents despite being very preventable. A similar gap is also created in terms of research; making effective policies and programmes in this area quite rare.

The transportation network in Ghana remains far from the desired. With only one international airport and few railway lines which are only available in the southern part of the country, the alternatives (air and rail transport) are either very expensive and/or unavailable in most cases. This makes road transport the major mode of commuting in Ghana. Estimates provided by Ghana’s National Road and Safety Commission (NRSC) indicate an estimated 46,284 people killed from road traffic accidents between 1991 and 2018. The figures will be even more frightening when road traffic accidents that occur in remote areas which are never recorded due to poor reporting system, as typical in most developing countries are included. The World Development Indicator (WDI) estimate for road traffic mortality per 100,000 people for Ghana was 26.1 percent in 2015; a marginal decline of 0.1 percentage points from the estimate provided by the WHO in 2013[3]. Comparing Ghana to countries with middle-income status such as Hungary whose estimated road traffic death rate per 100,000 people was 7.8% in 2016, Ghana’s rate of 24.9% was far behind. Although compared to other African countries with similar income status such as Cameroon (30%); Lesotho (28.9%); and South Africa (25.9); Ghana appears quite better; it is an undeniable fact that every life lost is a cost not only to the immediate family but also to the economy in terms of the potential contribution to productivity.

While on one hand it appears almost impossible to achieve this target, instituting measures to enforce the existing laws on road safety can make an enormous difference. Indeed the problem of law enforcement is not peculiar to this sector but a general problem in many sectors of the economy and needs to be taken more seriously. Secondly, given that pedestrians, cyclists and motorcyclists are the most vulnerable to fatalities, basic policies to promote walking and cycling such as visible road markings and warnings must be provided on all roads. Finally, while investing in other forms of transportation particularly the rail network is necessary, in the short term, the government’s new initiative of drone technology for health delivery may offer rapid assistance to enhance post-crash care.

Biased perception, democracy and design
Homelessness: what we know and the work ahead
Share this:
Previous 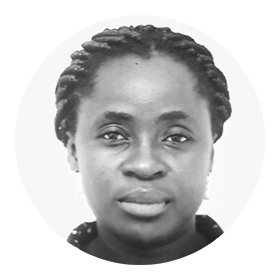 Gloria holds a PhD degree in economics from the University of Milan. She also holds Master of Philosophy degree in economics and Bachelor of Arts degree in economics with geography and resource development, both from the University of Ghana. Since February 2018, Gloria has been engaged as an “Adjunct Lecturer” at the Business School of the Ghana Institute of Management and Public Administration where she teaches courses in economics at the undergraduate level. Gloria has a strong interest in empirical microeconomics, particularly issues concerning health outcomes and healthcare service utilisation. She is also passionate about issues related to economic development and policy evaluation. Working on projects contracted by institutions such as Oxford Policy Management, Goettingen International Health Network and Africa Center for Economic Transformation has also contributed to her experience in qualitative research.