Misinformation is always existed, but its contemporary version produced by a pervasive and massive information ecosystem, it is something relatively new. Among the causes, a news-model that relies on the clicks- and on the attention-business, which causes the promotion of sensationalistic and emotional narratives written to entertain, to touch our feelings; to make us click rather than inform.

The production, the spread, and the consumption of misinformed contents may result very dangerous, especially when combined with the functional illiteracy phenomenon which affects a broader population in Europe, especially in Italy. These are the perfect ingredients to cook biased perceptions, able to significantly impact on our democracy and our daily life.

For example, if we focus on the last EU country members’ elections (Brexit, Italy, France, German, and Austrian elections) we cannot ignore the amount of public and political discourse that articulated strong and extreme positions around the migration phenomenon, often based on misinformed contents. A strategy which led thousands of people already exhausted by the financial, economical and employment crisis, to vote anti-Europeans movements under the pressure of biased perceptions. For the sake of democracy, it is important to work toward the filling of the gap between reality and biased perceptions, even though it seems hard, especially relying on traditional counter-information tools.

A possible way out

The author Clay A. Johnson proposes a possible way out: in his book “Information diet” he operates an interesting metaphor comparing the information system we navigate every day with the quality of our food. We spent years before understanding that junk food, despite its appealing look and inviting smell, it is not nourishing and healthy as it seems. Similarly, a certain kind of information is just written to entertain us more than to inform: appealing pictures and inviting titles written to make us click them, to generate an income to the platform that published them, not to provide better information.

The book shares this simple lesson: as we educated ourselves to resist to the junk-food temptation, we should transfer the same knowledge to the information panorama, self-educating ourselves to click and to read only those information written to inform than to entertain. We all, as readers, have a responsibility: we should read meaningful contents and pop out our bubbles, accessing information which not confirm our positions. The proposed news-diet approach is a relevant practice, but it is not enough: it needs a certain kind of self-awareness, which is not so common, unfortunately.

Indeed, we live in societies where the cultural-diversity concept is often seen as a negative thing, societies that are split in cultural, social, political micro-bubbles, and where the concept of debate is a synonym for fight, or even for war.

We should need more experiences to promote a positive perspective of cultural diversity among our cities; to foster occasion to pop-out the bubble in which we use to live; to de-construct the invisible wall which separates the diverse communities in the city, toward a more inclusive idea of what a society should be.

The research on informative practices

It’s now eight years, at the Free University of Bozen-Bolzano, we are researching on all those practices which inform and impacts on society through the research on visual journalism. We frame visual journalism as a design practice which aims to return the complexity of social issues in a more effective way to a broader audience, providing immersive experiences devoted to informing. We explore the field through the production of case studies and the writing academic reflection upon them, working with interdisciplinary teams composed by design practitioners, design researcher, social scientists, journalists, photographer and computer scientists.

Projects such as the “People’s Republic of Bolzano“, a visual journalism project aimed to reverse the narrative on the Chinese peoples in the city; or “Europa Dreaming” that problematizes the EU policies on migration repositioning the current migration phenomenon in a broader timescale. Projects that have been rewarded with international prizes, that contributed in a significant way to the research around the information design for social issues, and facilitated the opening on debates on complex and multi-faceted topics.

At the same time, we continuously map and collect all those practices and projects that share our same concerns, with a particular focus on the ones which address the migration issue.

Such experiences are unfortunately a few, despite are essential, and they should be supported and empowered. These are new forms of activism aimed to restore a more informed a positively oriented debate on migration, to dismantle cliches and misinformed content, and finally to lead reflections and to facilitates the fostering of new kind of relations between them and us.

Last year, we finally published “Design for migration“, the online platform which collects the most important design experiences on the migration issue that we collected in the last years. Thought as a digital commons, the idea is to map and present all those experiences that contribute to a better and informed debate, which raise awareness, which foster new social relations and new practices to include a wider population, through design means. Once such diverse and creative practices are put together in a single place, it creates a strong impact revealing a broader audience such a complex topic as the migration can be addressed in many creative, diverse and efficient ways. The platform works on three different goals: to give new visibility to those projects; connect the designers behind them; inspire a new audience (designer, institutions, social workers, activists) toward the spreading and enriching of creative practices.

Projects such as Talking Hands, designed by Fabrizio Urettini in Treviso. He approached the local migrant’s centre with the aim to involve some of the asylum seekers in a series of design workshops. The goal is to teach the Italian language, discover the city, and meet local citizens, through the production of artefacts. Under this view, the designed products are not just an output of a creative process, while the starting point to enable new social relations and behaviours. To craft their objects, asylum seekers are pushed to go out their camp, visit the local shops to buy the needed materials, move across the city to promote their works, deliver their objects once they are sold, and finally managing and investing the money earned. The work behind the making of the objects enables and empower migrants on necessary skills to integrate into modern western societies.

Through different means, the project Lampedusa Cruises, expose a local and heterogeneous audience to the migration issue through a playful and light approach. Founded by the artist Teun Castelein, the project brought in the Amsterdam’s canals the Alhadj Djumaa, an Egyptian vessel landed in Lampedusa in 2013. The boat with its Syrian refugees sailing team offers a free canal tour to tourist and citizens, toward the discovery of the history of the city, told by the migrants themselves, which focus the importance of migrants in the development and growth of Amsterdam.

Projects like those are crucial, since them operates in a different way, out of the traditional system, addressing the issue in unexpected contexts, allowing to frame and perceive the migrants and the migration topic in a different, way. Some of the project published on Design for migrations, for instance, works toward the creation of chances to meet the alterity in the city and reduce the distance between reality and biased perceptions.

Now we are in the writing process of a book on the design for migration experience, to reflect deeply on the most significant projects presented on the platform, featuring interview to the designers where they share pro and cons of the processes and practices. The idea is always to inspire and fertilise new bottom-up practices as well as institutional support, providing a broader audience new lenses to look at the reality, one more time.

Integration and inclusion processes are not easy, needs time, willingness and longterm vision, in order to give significant practical results, and very important they need institutional support. As citizens, we should struggle and activate ourselves for new inclusive societies, starting from our everyday life, acting and supporting all those initiative which promotes more inclusive societal practices, as well as claiming our institutions for fresh ideas and projects to give shape our future societies and contrast fight far-right and anti-European movements.

For this reason, we designed Design for migration, thought as a brick to build new bridges, not walls. 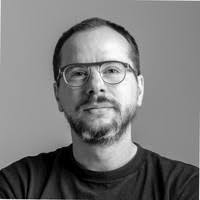 Matteo Moretti is an information experience designer and a researcher at the Free University of Bolzen. Matteo was a Jury member of the World Press Photo 2017-18, his design projects won both the European design award and the Data Journalism award. TEDx speaker, and Italian Design Ambassador 2018.