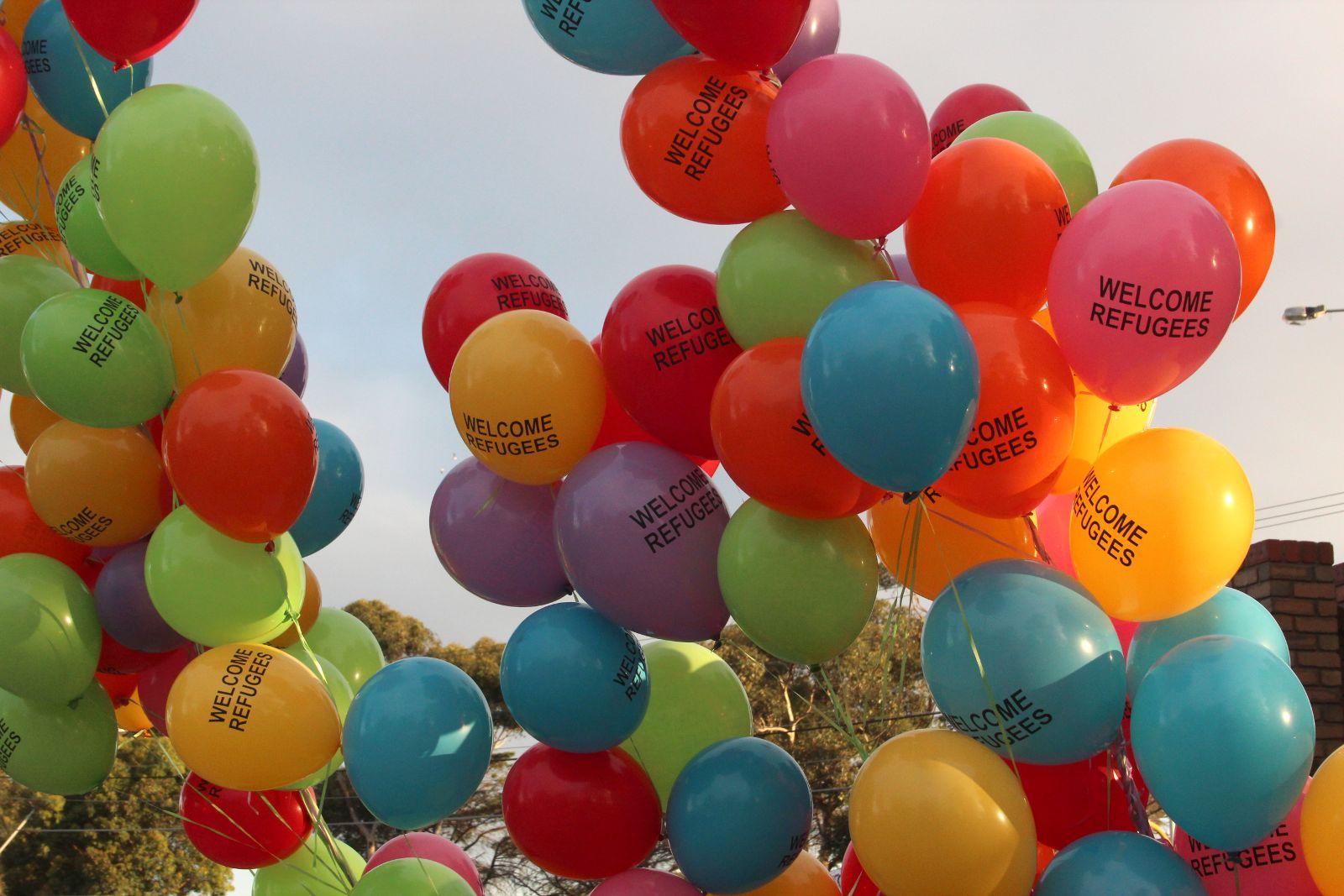 Most of the world’s urban growth is expected to occur in developing countries. And towns and cities in Asia, Africa and the Middle East grow, their politics, socio-economic and governance processes will increasingly be shaped by human displacement. From Syrians in Jordanian and Lebanese towns, to Venezuelans in Boa Vista and Bogota, refugees are influencing the very nature of cities and calling for new ways to think about humanitarianism and urban planning and governance.

There are over 25 million refugees and asylum seekers in the world. More than eighty per cent of these seek refuge in Asia, Africa and the Middle East. According to the UNHCR, the majority of displaced populations find their way to cities. It is in towns like Beirut, Nairobi, Gaziantep, Amman, Peshawar and Kampala that refugees seek safety and economic security. In cities, they encounter local migrants and host populations with similar aspirations.

But these cities of refuge face challenges of their own.

Majority of refugees are housed in cities where population growth already outpaces infrastructure and service provision. They are characterised by inadequate and crumbling infrastructure; acute housing deficits; limited economic opportunities; urban planning, budgeting and governance systems that are ill equipped and unprepared to meet the demands of growing host, and incoming populations. As a result, new comers to cities find themselves living in slums, eking out a livelihood from the informal economy which is unable to lift households out of conditions of poverty. The ILO estimates that in developing countries, 79 per cent of urban workers earn a living precariously as street vendors, waste pickers, or working odd jobs in the construction or domestic sectors.

In the absence of adequate social, political and governance structures to manage the intense competition for scarce resources, the likelihood of tensions, violence and social unrest is high. We have seen these erupt in Johannesburg with the xenophobic clashes, in Bangladeshi border towns as the arrival of Rohingya Muslims adds pressure on existing resources; and there are growing tensions arising across cities in Brazil, Chile, Columbia, Ecuador and Peru that house Venezuelan refugees [see also https://www.pacificcouncil.org/newsroom/latin-america%E2%80%99s-mostly-open-door-fleeing-venezuelans]. Refugees are made even more vulnerable by the fact that they have no political voice and are often used as scapegoats by politicians and local groups. Refugees are often accused of increasing crime rates, dwindling local resources, and other social ills.

How can humanitarians support refugees in urban contexts where locals face similar and sometimes even more social and economic hardships? How can humanitarian interventions support refugees without undermining their safety and chances for integration? Drawing on studies conducted in Gaziantep, Peshawar, Nairobi, Kampala and Johannesburg, this article argues that effectively protecting urban refugees and expanding their capabilities in their host cities requires ‘stealth’ work.

For humanitarian actors, long versed in using the law and campaigning for the rights of persons of concern, the idea of working in stealth seems counterintuitive. Campaigning for refugees’ rights and reminding host governments of their obligations is important, but this often works against protecting refugees in cities where host populations may poorer than they are. While in camps drawing attention to refugees’ plight may help improve refugee outcomes, in cities this kind attention may create tensions in the communities they live in and result in violence, xenophobia and bureaucratic forms of exclusion that harm them.

What does increasing urban displacement mean for host cities in developing countries? How can municipal officials, local leaders and urban dwellers welcome refugees when locals themselves feel marginalised and struggle to meet their aspirations for a better life? What options are there for humanitarians and city leadership for building inclusive, sustainable and resilient cities for all?

Below are four lessons that have the potential to improve outcomes not only for refugees, but host populations as well.

Back routes to rights: Negotiating refugee access to urban services outside of refugee law

In a world where there is a growing politics of exclusion, where minorities are vilified and ‘the other’ has become the symbol of division, fear and lack, the first lesson is to recognize that inclusion may best be achieved through ‘back routes to rights’. People moving into cities due to war or persecution are, by definition, ‘displaced,’ but this status does not define them. Rather, refugees are also parents, traders, students, clients, service providers, consumers, and potential investors. As such, their lives and economic impacts are shaped by policies and practices that intersect with, but are not framed by protection or migration concerns. Rather than approach refugees’ inclusion as a matter of principle, and ‘rights’ which risks making those displaced even more vulnerable, negotiating integration, through local communities, businesses, churches, schools, landlord associations, may have sustainable longer-term effects than throwing the rule book at local governments and communities. Legal campaigns for the protection of refugees remains important, but how local everyday practices are negotiated to include them, often matters more.

Research in Peshawar, Nairobi and Gaziantep on the role of refugee networks on their economic resilience showed that displaced populations with social links to host populations had better outcomes than those whose networks were only other refugees . We found that individuals who belonged to recreational, social and religious associations with a diverse membership, that includes host populations had significantly higher economic outcomes than those in groups narrowly defined by their refugee status. As such, promoting forms of solidarity on the basis of issue rather than legal identity and investing in social capital between refugees and host populations mitigates against their vilification in communities. Supporting common interest groups around schools, safety and other local issues builds networks and forms of solidarity that ensure the protection and safety of refugees. So rather than invest in networks that strengthen refugee ties on the basis of their displacement, building social ties between host and refugee populations around common interests – schools, security, neighbourhood upgrading, working conditions and so on – presents a more durable and sustainable option for integrating newcomers, than establishing isolated interventions that target only refugees.

Effective intervention may rely on incentivizing locals – this means targeting place rather than people. Most refugees move to parts of the city with resource and infrastructure constraints, in spaces where host populations are themselves marginalized. In this context, investing in local infrastructure, schools, clinics and markets to provide adequate affordable services for all, rather than for a targeted population, has the advantage of not duplicating resources, and creating a virtuous cycle where local populations and politicians benefit from welcoming refugees.

Targeting place rather than people would mean going against the bureaucratic humanitarian impulse to target displaced individuals alone. It would also mean transforming institutional practices that measure humanitarian success by the extent to which their resources reach their target population. Rather than negotiating better access and protection for some, humanitarian organizations may be more effective investing urban resources in areas where refugees are concentrated, in ways that benefit both refugee and host communities. This approach presents an opportunity for humanitarians to incentivize the integration of refugees in urban communities. But it also strengthens institutional relationships aligning humanitarian assistance to local development priorities. Socially, it strengthens solidarity in the community and builds more inclusive and resilient neighborhoods because local communities, politicians, and local authorities understand that having refugees can benefit all.

The importance of Local literacy:

Lastly, being a humanitarian in urban contexts, means becoming an expert in more than just humanitarian issues. It means having a sophisticated understanding of local dynamics, policies, politics, and bureaucratic performance incentives. It means managing relationships with a diverse range of urban actors and working in a transdisciplinary way. Effective interventions must come to grips with what political relationships, policy, financial, and investment levers are required to support the inclusion of the ‘other’ in cities.

Working in stealth holds promise for long term sustainable refugee protection and inclusion in cities. It means rather than keeping refugees in the limelight, working to make them invisible. Rather than targeting people, investing in place

And instead of being polemic, being pragmatic.

Post-election India: Where does Development Stand? 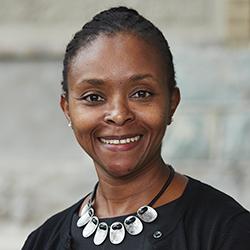 Dr. Caroline Wanjiku Kihato is Urban Policies Director at WIEGO, and a Visiting Associate Professor at the Graduate School of Architecture, University of Johannesburg. In 2011, she received a MacArthur grant on Migration and Development and spent a year as a Visiting Fellow at the Institute for the Study of International Migration (ISIM), Georgetown University, Washington DC. Her research and teaching interests are migration, gender, governance, and urbanization in the global South. She is the author of Migrant Women of Johannesburg: Life in an in-between City (Palgrave Macmillan) and co-editor of Urban Diversity: Space, Culture and Inclusive Pluralism in Cities Worldwide (Johns Hopkins).