EU high-skilled migration policy: a market of many markets 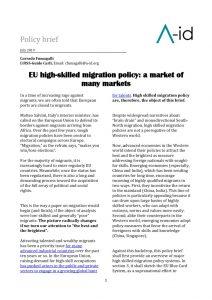 Gene drives
BRICS, the southern model, and the evolving landscape ofdevelopment assistance: Toward a new taxonomy
Share this:
Previous