Suppose you wish to become a European citizen. Normally, you’d be required to meet several rigid criteria, legally reside in one of the member states for several years, perhaps even prove that you speak the local language or pass a citizenship test. Alternatively, you can buy your citizenship; for an investment of just over 1 million Euros, and after a background check, you can become a citizen of Malta, allowing you to live and work anywhere in the EU. Short on cash? Becoming a citizen of the Caribbean nation of St Kitts and Nevis is a cheaper option, costing a mere 150,000USD. Citizenship by investment is a growing trend, and the broader category of investment migration is even more ubiquitous, with more than a dozen states including the UK, US, Spain and Portugal offering permanent residence rights and a path to citizenship to investors.

Unsurprisingly, these programs are met with harsh criticism in the public discourse and in the academic literature. Citizenship and political membership is a multifaceted and complex concept, merging together legal, social and emotional aspects. Furthermore, some of these programs have been found to be susceptible to corruption, being overly lax with regards to legal background of candidates or not distributing the gains to the people. But as the investment migration industry growing more mature and regulated, the question I wish to pose in this short note is different. Is there anything uniquely wrong with using investment-based criteria for migration? Ethically speaking, is it any worse than similar policies, specifically those that aim to attract so-called ‘high-skilled’ migration?

The short answer is No. In fact, if we take a closer look at some of the ethical objections aimed at investment migration programs, we will see that high-skilled migration policies fair no better.

Take the objection that investment-based criteria are wrongfully discriminatory. In its motion on the question of citizenship for sale, the European Parliament stated that ‘concerns exist as regards possible discrimination because these practices by Member States only allow the richest third-country nationals to obtain EU citizenship, without any other criteria being considered’.

The problem here is that all criteria for selecting between prospective migrants will be discriminating in this broad sense. This is then unhelpful. More realistically, we consider certain criteria wrongfully discriminatory because they reflect wrongful attitudes, because they are offensive, insulting or harmful to those discriminated against, or because they reinforce social stigma. For example, selecting migrants by their race or religion is usually considered to be wrongfully discriminatory. But is this the case for investment criteria? It is unclear to me that these reflect any disrespect or harm towards those unselected, especially if we assume that they had no special claim to be admitted in the first place (they are not asylum seekers or family members of current citizens).

In the real world, of course, things are more complex. Even when selection criteria are based on ‘neutral’ metrics such as the ability to pay, in an unequal world, wealth may well be a proxy for racial, ethnic, or gendered traits. But even granting this claim, it is difficult to see how a similar charge cannot be equally directed towards high-skilled migration policies. Wealth and education are similarly attributed to family background, class privilege, arbitrary psychological dispositions, and structural inequality, not merely personal choice or brute luck.

Concerns about global equality fare no better. It is true that investment migration can be abused by those who wish to shirk their civic duties and evade taxation, thus limiting the capacity of cash-strapped states to attend to the needs of their citizens. But note that most states who offer citizenship by investment are relatively poor, peripheral states, who often have no other sources of income. Compare that to the potential effects of high-skilled migration policies, in which the West attracts doctors, nurses and engineers from poorer and less stable states, to the detriment of their less mobile citizens.

Perhaps the ethical problem with investment migration, then, is not its effect on outsiders, but what it means for equality between citizens. The connection between the two is not as straightforward as it might appear. The influence of the super-wealthy on political decision-making is a pernicious concern globally, and there are good reasons to try and mitigate it. But surely the super-wealthy have more efficient ways to garner political influence than to become citizens. Citizenship by investment is not cumulative; it only gets the investor (at most) one vote.

Prof. Ayelet Shachar, the leading academic voice against investment migration, proposes a more sophisticated argument. She claims that “[t]he sale and barter of citizenship … sends a loud and unmistakable message in both law and social ethics about whom the contemporary market-friendly state gives priority to in the immigration and naturalisation line and whom it covets most as a future citizen”. This policy is detrimental to political equality in the same way as the ‘White Australia’ policy or the US Muslim ban are: the state effectively says that some of its citizens are more valued than others.

Yet here again, granting this argument sits uneasily with policies designed to attract high-skilled immigrants. If selecting by the ability to pay sends the wrong message to poor citizens, doesn’t selecting by academic degrees sends the wrong message to citizens who never attended college? This problem is even more acute in liberal states, who are supposed to remain neutral as much as possible with regards to the different life choices of their citizens. By the logic of Shachar’s argument, high-skilled migration policies effectively communicate the message that the state values software engineers more than kindergarten teachers.

If my analysis is persuasive, it poses a serious challenge to our common intuitions about what is wrong with investment migration. The objections to investment migration I surveyed do not capture anything that is uniquely wrong about it: as I have shown, high-skilled migration policies seem to be just as vulnerable. Instead, I believe we should focus on questions regarding the democratic legitimacy and social benefit of these programs, to make sure they are well regulated and serve the public interest.

[This blog post is adapted from my article, “In for a Penny, or: If you Disapprove of Investment Migration, Why Do You Approve of High-Skilled Migration?”, forthcoming in Moral Philosophy and Politics] 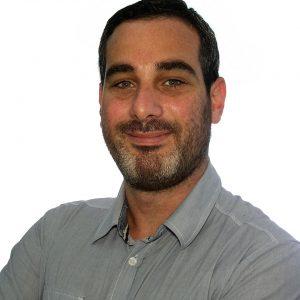