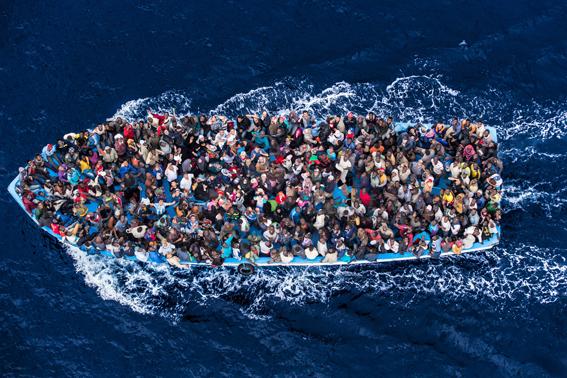 At the French-Italian border, the absence of adequate procedures, information and guidance, coupled with unlawful detention as well as the illegal push backs of minors, appear to convolute and delay prospective asylum seekers’ access to the asylum procedure in Europe. This leaves them trapped in legal limbo for extended periods of time which risks exacerbating existing physical and mental health conditions.

Many individuals will have had traumatic journeys, arriving in Europe having made the treacherous journey across the Mediterranean via Libya, where horrific accounts of violence, abuse and slavery are reported. However, rather than finding sanctuary, individuals are trapped in a bottle-neck situation at the border and face wide-spread rights violations.

The passage between Italy and France was closed in 2015 due to the World Climate Summit, with the subsequent declaration of a State of Emergency following the terror attacks in Paris and Nice in 2015 and 2016 respectively. The State of Emergency was replaced by a new law in 2018, which effectively suspended the Schengen Agreement. Simultaneously, extremely poor reception conditions, unduly long waiting times, as well as lack of access to asylum and family reunification procedures, have led large numbers of displaced individuals to attempt unauthorised border crossings into France.

Living conditions in Italy
Living conditions in the area are extremely poor with some 150 individuals currently residing in the Red Cross Camp just outside Ventimiglia town, and others sleeping rough on the streets. Since the clearance of the informal camp along the Roja river, refugees and displaced people are dispersed, sleeping at the train station and on the beach, seeking to avoid attracting the attention of authorities who will move them on, usually without providing them with a place to go instead.

Civil society organisations working in the area have long raised concerns over conditions in the official camp, with reports of inadequate beds, poor sanitation facilities and insufficient food provision. Organisations report that the rules for entering the camp constantly change, dependent on the will of the local municipality. Moreover, everyone entering the camp has to be fingerprinted, which further adds to the sense of distrust among the displaced population – although it is RRE’s understanding that this does not form part of the Eurodac database.

The precarious living conditions experienced by displaced people in the area, and the lack of clarity over the official support available at the Red Cross Camp, are likely to compound mental and physical health concerns already rampant among those who have faced torture and violence in Libya and at other stages of their journey.

Lack of due procedure, information and guidance
When seeking to cross the French-Italian border, individuals are faced with a lack of proper procedure and an absence of accessible information and guidance.
Under French law, displaced people refused entry at the border must be issued with a refus d’entrée, while there are a number of procedures which must be followed in order to fulfil the legal obligations, including ensuring that the displaced person is informed of their rights in a language that they can understand. Proper procedure is regularly being ignored by French border police, including those who express an intention to claim for asylum.

This is coupled with an overall lack of information and guidance available to prospective asylum seekers, leaving them trapped in legal limbo for unnecessarily long periods. There are also numerous reports of violent methods employed against displaced people by French border police which have resulted in serious injury.

The closure of the border and the violent approach of French border police carrying out constant and forceful push-backs – in the absence of meaningful communication, guidance and information – means that individuals take increasingly life-threatening journeys via motorway tunnels, train tracks and mountain passes, which have reportedly led to many instances of serious injuries, mountain falls, hypothermia, frostbite and death.

Unlawful detention
In addition, men, women and children are being unlawfully detained in inhumane and degrading conditions, with minimal access to food and water and without access to medical care or legal assistance, in contravention of national and international law.

In the context of border closures, a so-called ‘temporary detention centre’ was established in 2017 in the PAF station in Menton, consisting of containers in which people found attempting to cross into France are held in places of de facto detention in deplorable conditions. Individuals are held for prolonged periods, often overnight for between twelve to fourteen hours and are reportedly often forced to sleep on the floor, with no separation between men and women or between children and adults. Despite cold temperatures, displaced people are not provided with blankets and are not provided with adequate food or water, despite the long periods of time that they are held. Doors are reportedly locked at night, raising serious security concerns.

This would therefore appear to be an arbitrary deprivation of liberty, not subject to the requirements set out in national and international law.

Under national and international law, children ought to be afforded the benefit of the doubt if there is a reasonable possibility that they are under-age, and placed under the protection of French authorities while age assessments take place.

Once in France, flawed age assessments mean that many vulnerable children are then refused formal recognition, facing destitution and an exacerbation of existing trauma. Many may choose to take matters in to their own hands and risk dangerous journeys to other European countries.

Respect for the right to asylum
As such, access to the asylum procedure, a right enshrined under the 1951 Geneva Convention, is being curtailed at the French-Italian border, leaving many vulnerable individuals in legal limbo without any clear way out of their predicament.

In order to address the lack of due procedure, information and guidance occurring at the border French authorities ought to duly communicate the decision to refuse an individual entry into France to individuals in a language and format that they understand and with the opportunity to appeal such decisions within the time frame allowed under national law. The French government must also issue unequivocal instructions to French border police to cease using unnecessary force when apprehending individuals at the border, with a focus on adopting a non-violent approach, and the right of all individuals to seek asylum.

To address the alarming use of unlawful detention occurring at the border French authorities ought to urgently instruct forces operating on the border to end the practice of depriving individuals of their liberty arbitrarily. Conditions in the place of detention at the French-Italian border must be urgently improved in line with international standards including separate provision for men/women and adults/children, adequate access to food, water, medical care and legal representation. Moreover, the French government and the border police ought to allow and facilitate regular independent monitoring of the situation at the border and to regularly issue follow-up information on the measures taken to end this unlawful practice without delay.

It must also be a priority to address the alarming violation of child rights occurring at the border. Border police ought to be provided with training on the rights of the child and proper procedure when encountering young people at the border, in line with national and international law and best practice. Where an individual declares as a child at the border, and where there is reasonable possibility that the person is a child, border police should transfer the individual in to the care of child protection authorities.

More widely, European leaders must continue to work on wider reforms of the Common European Asylum System including a mechanism for permanent responsibility sharing and making family reunion easier to bring about, in order to alleviate pressure on Italy as a first EU-entry country. In addition, the Commission ought to play a stronger role in monitoring and accountability of EU Member States’ compliance with EU regulations, and should consider investigating the deprivation of liberty occurring at the French-Italian border to assess whether such measures are in breach of European Asylum Directives, and in violation of fundamental rights, whilst also assessing French practices on the border to ensure that the rights of the child are being upheld. On the Italian side, the Commission ought to exert pressure on Italy to ensure that its reception conditions and safeguards for minors are adequate and in line with national and international law and standards.

Such human rights-centred policy development ought to be undertaken by the French and Italian Governments and the European Commission to ensure that all displaced men, women and children are able to access the asylum procedure and have their fundamental rights respected.

Towards a non-violent European refugee response
Share this:
Previous 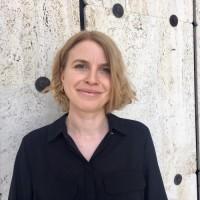