The UN Refugee Agency (UNHCR) recently announced that roughly 450,000 Afghan refugees in Iran and Pakistan decided to repatriate in 2019 alone. UNHCR itself has aided in this repatriation, providing free transport and modest stipends to returnees. Its assistance, which has helped millions of Afghan refugees return since 2010, is controversial: it mostly helps refugees who feel compelled to return home to unsafe conditions, because in Iran and Pakistan they face arbitrary arrests, forced encampment, and an inability to obtain work visas. If it is helping with a forced return, perhaps it should discontinue its involvement.

My research has attempted to understand the prevalence cases where humanitarian organisations assist with forced returns, and to propose ethical policy proposals for such organisations. Between 2008 and 2016 I conducted interviews with sixteen organizational staff members who assisted with repatriation in Southeast Asia, East Africa, and the Middle East. I also conducted a more in-depth study of repatriation from Israel, where one organisation tried to avoid any ethically dubious assistance: it carefully interviewed each refugee it assisted, refusing to help refugees return who seemed compelled to do so. I wished to understand what happened to refugees after they repatriated, interviewing 172 refugees in Israel, South Sudan, Uganda, Ethiopia and Kenya.

Based on these interviews, I learned of three types of cases, each requiring a distinct policy solution.

In coercion cases, humanitarian organisations (a) help with repatriation, but (b) do not causally contribute to coercion which leads refugees to repatriate and (c) there is nothing the organisations can do to help other than provide repatriation. For example, perhaps UNHCR can do little to improve conditions in Iran and Pakistan, and offering repatriation does not contribute to arbitrary arrests and lack of visas for refugees in these countries.

Organisations like UNHCR act ethically in helping with repatriation in such cases. This is because it is ethical to assist someone with a forced decision if there is no other way to help. For example, imagine that Anna puts a gun to Babu’s head and says she’ll pull the trigger unless Babu gives his watch to Cathy. If taking his watch is the only way Cathy can help him avoid being shot by Anna, and Babu consents, then Cathy acts ethically in taking his watch despite his decision being is forced. After all, there is no better option. When UNHCR helps refugees with a forced decision, its help is ethical precisely because refugees feel they have no better option.

In the case of Israel, there is some evidence that repatriation assistance causally contributed to the coercive conditions which lead refugees to seek repatriation. As more refugees returned home via the humanitarian organisation, the Israeli government became aware that return was possible, and increased the number of refugees it detained, hoping even more would return via this organisation.

Even when return assistance is permissible, organisations should still warn refugees of the risks they will face in their home countries. In reality, refugees can be unaware of such risks. Of those I interviewed who returned to South Sudan, the majority felt they were not aware of the risks they would face. This was partly because they last lived in South Sudan as small children, or never at all, their parents having fled before they were born. More worryingly, sixty-eight subjects were told that South Sudan was a safe country, and faced life-threatening conditions after arriving in Juba. Of the 134 returnees whose conditions I could confirm as of 2015, one returnee was killed in crossfire, and four killed because of their ethnicity. These included two children, aged three and five, shot at gunpoint. There were most likely more I never heard about, due to survivorship bias in my sample. Displacement was also common, and thirty-two subjects had fled militias to other East African countries by 2014. Similar data on post-return risks has been found in studies on return from Kenya to Somalia, Pakistan to Afghanistan, and Iran to Iraq.

Organisations might claim they do tell refugees about the known risks, but that many risks are not known. Organisation can still take additional steps to improve refugees’ knowledge prior to return. They can do so by:

The above policies will increase refugees’ knowledge prior to their repatriation, even if a fully informed repatriation is not possible.

Why regenerative agriculture is the future of farming
The growth of hostile architecture: how developments in urban design are exacerbating social injustice
Share this:
Previous 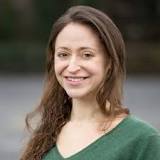 Mollie Gerver is an Assistant Professor in Political Theory at the University of Essex and the author of The Ethics and Practice of Refugee Repatriation (Edinburgh University Press).