The other day, I met an Uber driver.

When I asked him why, he told me he has been forced to take up the driving gig because his lifetime savings – worth 16 lakh rupees – had gone in the treatment of his wife.

This is just one of the many examples of how healthcare can rob an individual of their lifetime savings. In fact, if accessing healthcare leads to despair in even one individual, it is a collective failure of us as a society.

Thus, it becomes imperative to seriously invoke the power of a  collective movement that promises universal, accessible and affordable healthcare to all.

One such movement has been the People’s Health Movement, a global network of grassroots health organisations set up in 2000.

It’s Indian chapter, the Jan Swasthya Abhiyan (JSA) which was formed a year later, and saw the coming together of 18 national networks who organised activities and set national level agendas on healthcare across the country, has done consistent work towards the cause of accessible healthcare for all.

Meanwhile, focusing on the areas of Bihar, Chattisgarh and Odisha, the Swabhimaan programme run by ROSHNI, a centre of women collectives has done good work in improving the nutritional status of adolescent girls, pregnant women and young mothers.

IndiaSpend reports that a survey conducted in 2018 showed many achievements of the programme.

From an increase in the intake of iron supplements among pregnant women, to more women eating at least three meals a day.

Similar movements are seen in Kerala. Its Kudumbashree programme, besides focusing on livelihood, also taps into the network to achieve better health outcomes.

Abroad, particularly in Latin America, there’s a strong tradition of social medicine which arose during the 1950s and 1960s.

Closer home, the Jan Swasthya Abhiyan (JSA) critiqued the Union Health Budget. A movement built on fact and evidence that has an important say in matters of healthcare is a vital need for India.

Only through the power of collective health movements can health, including mental health, be accessible to all. 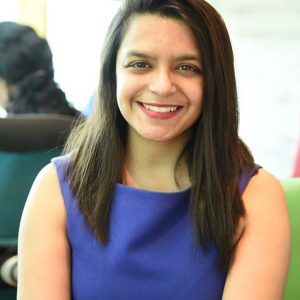 Divyani Rattanpal is a writer and journalist with an interest in health issues. In her previous stint, she was working as a special correspondent for Quint Fit, a health and fitness site promoted by The Quint