A new Strategy for a carbon-neutral Europe 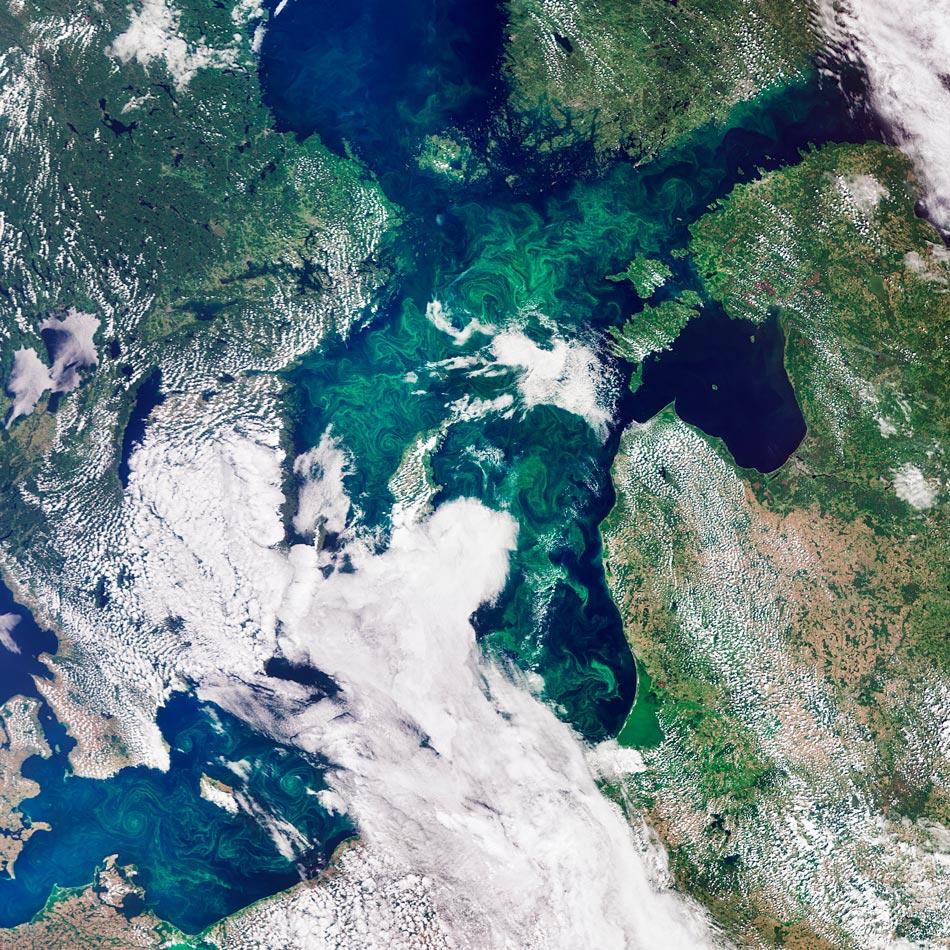 Planet Earth has a deadline.

Six years, 355 days, 3 hours, 32 minutes and counting: this is the time left before the planet approaches the unsustainable 1.5°C of global warming. The European Green Deal represents Europe’s major weapon against the enemy of climate change, a weapon aimed at reducing by 55% (60% according to a recent amendment approved by the European Parliament) greenhouse gas emissions with respect to the 1990 level by 2030 and turning Europe into the first climate neutral continent by 2050.

The Deal is constructed on four main pillars: the first one builds on the conception that greenhouse gas emissions have a cost, not only in environmental terms, but in social and economic terms too. Hence, carbon pricing becomes the main priority of the Deal, extending the European Trading System (ETS) and securing a just carbon tax throughout those sectors of the economy that do not align with climate goals.

To reduce the risks of carbon leakage and industrial delocalization, a further carbon border adjustment mechanism has been proposed, to tax carbon emissions ascribed to the imported goods which have not been taxed at the source. The ETS and the carbon tax will generate core resources to finance green investments to relaunch European growth within the framework of the €750 billion Next Generation EU.

Precisely these sustainable investments emerge as second major priority, to reduce the gap of €260 billion yearly in green investments and to eventually ensure a transition towards smart and sustainable processes of production and consumption within Europe’s economy and industrial value chains. As highlighted in the circular economy Action Plan, these private and public investments, aimed at supporting an increasingly circular economy, will mainly touch on specific targets, such as energy-intensive industries as well as on transport infrastructures for a smarter mobility.

Within such framework, one of the most important role in the transition will be played by the main financial institution of the European Union, the European Investment Bank. In November 2019, the EIB launched a new climate strategy and Energy Lending Policy, becoming de facto the EU Climate Bank.  Aligning all financial activities with the goals of the Paris Agreement, the EIB will gradually increase the share of its financing dedicated to climate action and sustainability to reach 50% by 2025.

These goals are encompassed in the “Climate Bank Roadmap 2021-2025”, aimed at unlocking at least €1 trillion of investments dedicated to climate action and environmental sustainability by 2030. On this line of thought and action, the European Commission also specified how, on a broader scale, at least 30% of the total spending in the next Multiannual Financial Framework (MMF) and in the Next Generation EU ought to be directed towards carbon neutral projects. This translates into at least €547,3 billion of climate related investments. The EU leaders’ promise of devoting a minimum of 30% of the €750 billions of the Recovery Fund to sustainable purposes is meant to be further matched with the introduction of green bonds (target of €225 billions of social and green bonds), representing an unprecedented tool proposed by Brussels in its path and commitment towards a sustainable financial framework for the Union.

The EU is paving the way for a faster and more efficient green transition not only through the reallocation of investments and funding, but also through a relaunch of its new industrial priorities, constituting the third pillar of the transition.

Such reprioritization, announced in March as the New Industrial Strategy for Europe, aims at granting Europe a position of strategic autonomy and regional leadership in the transition towards sustainability, innovation and digitalization.  These goods will mainly revolve around the usage and exploitation of new digital and technological communication networks and tools, such as the 5G, semiconductors, cybersecurity and artificial intelligence. Particular emphasis will also be dedicated to renewables and clean energy, developing the potential of low-carbon-instruments such as hydrogen (current target: installation of 40GW and mobilization €53 billion by 2030 through the European Clean Hydrogen Alliance) and smart girds.

The energy sector will be in fact at the forefront of the energy transition. Through their National Energy and Climate Plans (NECPs) countries have confirmed ambitious goals for the gradual elimination of carbon in electric energy production.

An initial evaluation of NECPs prospects an encouraging scenario, where Member States are already in the right direction of surpassing the current 2030 renewable energy target of 32% by almost 2 points percentage, with an estimated value of 33.7%.

In terms of energy efficiency, however, the NECPs currently forecast a less promising projection: as a matter of fact, the gap with respect to the ultimate target of 32,5% still corresponds to 2,8% for primary energy consumption and 3.1% for final energy consumption. A sustainable and affordable production of pharmaceutical devices becomes a new priority outlined by the latest EU industrial plan too, together with a greener and cleaner fabrication of chemicals, electronics and steel.

Moreover, strategical alliances in the field of critical raw materials and high capacity batteries, will be essential to exploit the potential impact, size and integration of its single markets to set new global standards, while at the same time triggering important synergies in strategic sectors such as defence and aerospace and civil industries.

Finally, investments in transport infrastructure will be crucial to enable a transition towards a smart and sustainable mobility. The European Green Deal has targeted a 90% reduction in transport emissions by 2050. In December 2020, the new Sustainable and Smart and Mobility Strategy has been approved. A key role is envisaged to be played by the enhancement of multimodal transport, in particular through a shift from road to rail and inland waterways. The Strategy aims at deploying zero-emissions marine vessels (by 2030) and aircraft (by 2050), and ensuring that all vehicles will be zero-emissions by 2050.

Within a smarter mobility framework, digitalization will also stand at the forefront of a new and more sustainable approach to carbon-neutrality. Smart infrastructure will thus be an essential tool to reach carbon neutrality. In this direction, one should read the intention of the EU Commission to revise the regulatory framework for energy infrastructure, in particular the TEN-E (Trans European Network – Energy) regulation. The new framework will stimulate the introduction of innovative technologies and infrastructure upgrades: smart grids, hydrogen networks, carbon capture, energy storage and a circular value chains for batteries.

From a political perspective, to avoid a backlash against climate policies and reduce their regressive effect, the Commission has proposed a Just Transition Mechanism, the fourth pillar of the European Green Deal. The Just Transition Fund, namely a fund aimed at compensating the most energy and carbon-intensive countries which will be more likely to share the largest burden of the transition, will finance the territories with high employment in coal, lignite, oil shale and peat production, as well as territories with greenhouse gas-intensive industries, which could be severely impacted by the Transition.

In the last year, these four pillars have been highly undermined by the unprecedented effects of the coronavirus outbreak.

In this sense, it is clear how a competitive European industry will be essential to face the economic consequences of the pandemic.  To win the challenge of making the whole European economy sustainable while maintaining the competitiveness of its industry against super powers such as China ant the US, the EU needs to become a global innovation powerhouse in energy, mobility and construction technologies.

The first step is in this direction will rely on enhanced investments in R&D, and in more coordinated and synergic action plans among Member states. Furthermore, public procurement is an important tool to boost innovation, through specific technology requirements to win specific public contracts. The completion of the EU internal market will also be crucial to offer the region higher competitiveness at the global stage and unleash innovation potential. Finally, the Plan has no chances to be effective if international cooperation and coordination are not in place. For instance, the reduction of greenhouse gas emissions in the EU is not sufficient if other countries do not enact similar policies at national level. Hence, to be successful, the European Green Deal must be followed by the EU’s international partners, on the basis of a strengthened EU green deal diplomacy and EU trade policy

What constitutes a European green recovery?
Three things the EU should do at COP 26
Share this:
Previous

Three things the EU should do at COP 26

Davide Fanciulli has worked as Research Trainee at the ISPI Centre on Business Scenarios (supported by Intesa Sanpaolo) and at the Centre on Infrastructure. He recently obtained his Dual Master’s Degree in Public Administration and Public Policy for the Sustainable Development Goals at the University of Geneva, Switzerland, and Tsinghua University in Beijing, China. Previously, he received a Bachelor’s Degree in International Politics and Government at Bocconi University of Milano. His past professional experiences include United Nations agencies as well as smaller NGOs in the field of sustainability and international development.