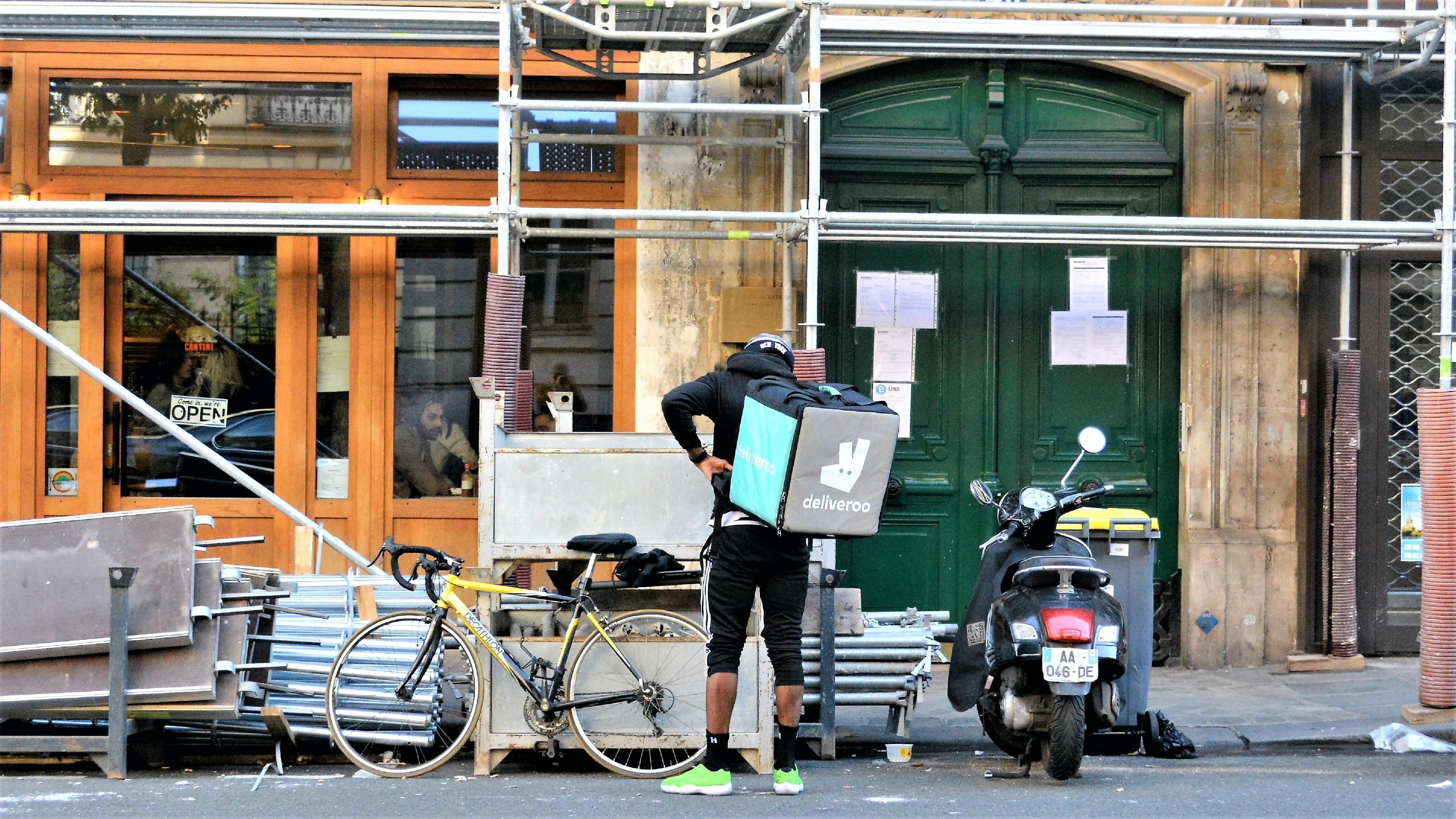 Around the globe, the gig economy is growing at a fast pace, offering several types of casual employment mediated by the use of digital platforms. In Europe, a widespread type of platform work is on-location, platform-determined work which covers low-skilled work delivered in person and assigned to the worker by a platform routine (called “on-demand gig worker” for the rest of this article). Examples of this variety of work have been illustrated with online platforms offering ride-hailing (e.g., Uber) or food-delivery services (e.g., Deliveroo). This particular category of on-demand gig workers is in a high precarity situation that can place their health at risk. The on-demand gig workers face traditional occupational hazards due to the nature of their work, mainly the risks due to road traffic—both from a rider or driver perspective. These risks are amplified by the use of A.I., in particular, by the rhythm imposed on them by the app. This is only one aspect of the problem. Their precarity is also attached to their unstable employment conditions where they depend on the platform for work and have almost no opportunity to distinguish themselves from other platform workers. Particularly in the context of the Covid-19 pandemic, issues have been raised regarding health and safety, responsibility, and insurance of this precarious and poor segment of the labour market.

Even if some recent court cases have been won and provide—in theory—better Occupational Safety and Health (OSH) working conditions for these workers, their reality remains precarious on many levels. For example, a recent Supreme Court ruling in the United-Kingdom recognised Uber drivers as workers. Meanwhile, a judicial review won by the IWGB at the end of 2020 led to the extension of the personal scope of the OSH legal protection to workers, previously restricted to employees only. The combination of these two decisions means that platforms shall, in theory, apply the general principles of prevention to their riders. However, there are two obstacles to providing effective OSH protection to on-demand gig-workers. Firstly, as a general problem of requalification before the courts, this is an ad-hoc ruling, and there is still a “presumption of self-employment” for the on-demand gig-workers (even if it may change in the future). Secondly, the enforcement of these principles is a major issue. Even if these on-demand workers are covered by health and safety protection (and labour law in general), the gig-economy is constituting a real challenge for the national labour authority in charge of monitoring and enforcing OSH protections.

In this piece, I demonstrate that on-demand gig work negatively impacts workers’ health and represents a burden for national welfare systems. Building upon the on-going jurisprudence ruling that platform workers are entitled to labour protection all over Europe, I argue that governments should legally establish that on-demand gig-workers are workers (as opposed to self-employed) and grant them labour law protection.

The impact of precarious work contracts on on-demand gig-workers’ OSH.

The essential question of the employment status will affect the application of the OSH legal protection. However, other aspects should be taken into consideration. The precarious nature of the working relationship (which is one of the key components of the platform organisation) has a well-known impact on their OSH. In that context, precarity should be understood as unpredictable work in the nature of how work is performed and its structural organisation. A report published by the INRS in France illustrates this point by showing that two aspects of the working condition of on-demand gig-workers can cause mental pressure and contribute to psychosocial risks. The first one is the work intensity due to the work rate imposed by the AI and the task-based remuneration. The second is the insecurity of the work situation and the workers’ dependence on the platform that can unilaterally decide and change the work conditions (including the remuneration). Both aspects result in a lack of control from the riders, which can be a factor of psychosocial risk. Although the flexibility of gig-workers is often presented as a major advantage, the other side of the “flexibility coin” is chronic job insecurity—known to contribute to poor overall health amongst gig-workers. Therefore, one way to address these issues would be to provide stability by granting these on-demand gig-workers an employment status (depending on the national specificities). It would then provide an hourly wage rather than a task-based remuneration, and an employment contract would provide them visibility on their working conditions. The employment status would also place OSH responsibility on the platform side, including the obligation to assess mental and physical risks for the workers.  It might not be enough to guarantee effective enforcement and compliance with the OSH principles, but it would be a first step towards better OSH.

The shift of OSH responsibilities to workers (and society).

As underlined by the ILO, the employment status of gig-workers takes center stage in the public debate because employment status directly influences different forms of social protection, working conditions, and has broader implications in the field of taxation. Indeed, whether a gig-worker is classified as an employee or as an independent contractor defines whether they will be considered  subject to personal taxation. In the latter scenario, the platform would not pay any labour costs. However, these costs exist in one form or another; they do not simply disappear. Someone has to pay them regardless—it might just not be as obvious. In the end, these costs get split between the workers and national welfare systems without charging the platforms.

Under the current presumption of self-employment, recognition of employment status for workers is only possible through judicial requalification. Relying on individual judicial enforcement to provide workers with the employment status they deserve means that they are legally and financially responsible for their own health during the time they work for on-demand labour platforms. It means that they have to pay for all the material necessary to ensure their security out of their own pockets, such as maintaining their car or bike. Equally, it means that these workers are also liable for the health of others. It becomes their individual responsibility to be covered by insurance if involved in or causing an accident. Often, for financial reasons, the workers do the math of these essential investments, potentially at the costs of their own health and the one of their customers. This shift of responsibility also placed many gig workers in situations where they keep working when sick because they are not entitled to sick pay/leave.

This dire situation would be different if gig-workers were recognized as workers, placing the obligation to pay employers’ contributions on platforms that would finance, for example, social security funds. Allowing the platforms to escape their societal duties to contribute to the welfare state might increase the future imbalance between contributors and recipients. In the consultation document on the working conditions in platform work, the European Commission acknowledges that:

Therefore, there is a need to regulate gig-workers’ status and clarify the platforms’ responsibilities, to protect not only workers but also the social and solidarity dimensions of our societies.

Turning the moment into a movement? The political window of opportunity to provide better working conditions to on-demand platform workers.

We are witnessing fundamental changes at the national level. These changes can be either (en)forced by national justice (e.g., Italy) or implanted voluntary by some (e.g., France). Indeed, on Wednesday 24th of February, Milan prosecutors have notified four top food-delivery platforms (Uber Eats, Glowo-Foodinho, JustEat, and Deliveroo) that they must hire 60 000 riders on labour contracts and stop considering them as self-employed. These platforms also face a combined fine of 733 million euros for failing to respect safety regulations. In France, Just Eat aims to hire 4500 riders under a permanent employment contract. The platform’s representative explained that the riders would be covered by the social security system, be paid an hourly wage, and still have flexible working hours. One of the reasons to provide the hourly wage is to ensure the safety of the rider on the road. These national evolutions show that alternative business models, where the legal status matches the reality, are possible. However, we need a coherent and consistent approach all over Europe. In this context, the on-going consultation initiated by the European Commission on the working conditions in platform work will be crucial. At the launch of the consultation, Commissioner Schmit said:

“We need also to guarantee that this new (digital) economy does not develop outside the values, outside the norms, outside also of our legal framework – including also social rules and labour laws – which have been established and which guarantee that, finally, jobs have to be quality jobs.

People who have a job have to benefit from social guarantee and social protection. So, it is not about developing precarious working conditions, it is about promoting good jobs”.

We are at a crossroads and need to choose the direction we want to take for our society. These platforms are not tech companies; they are using technology as a management tool in traditional sectors. Nothing prevents this innovation from paving the way for new forms of organization that are respectful of the workers and their rights. 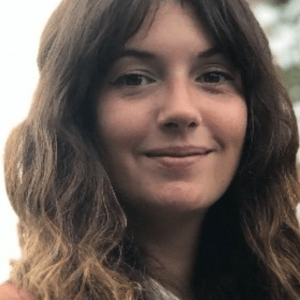