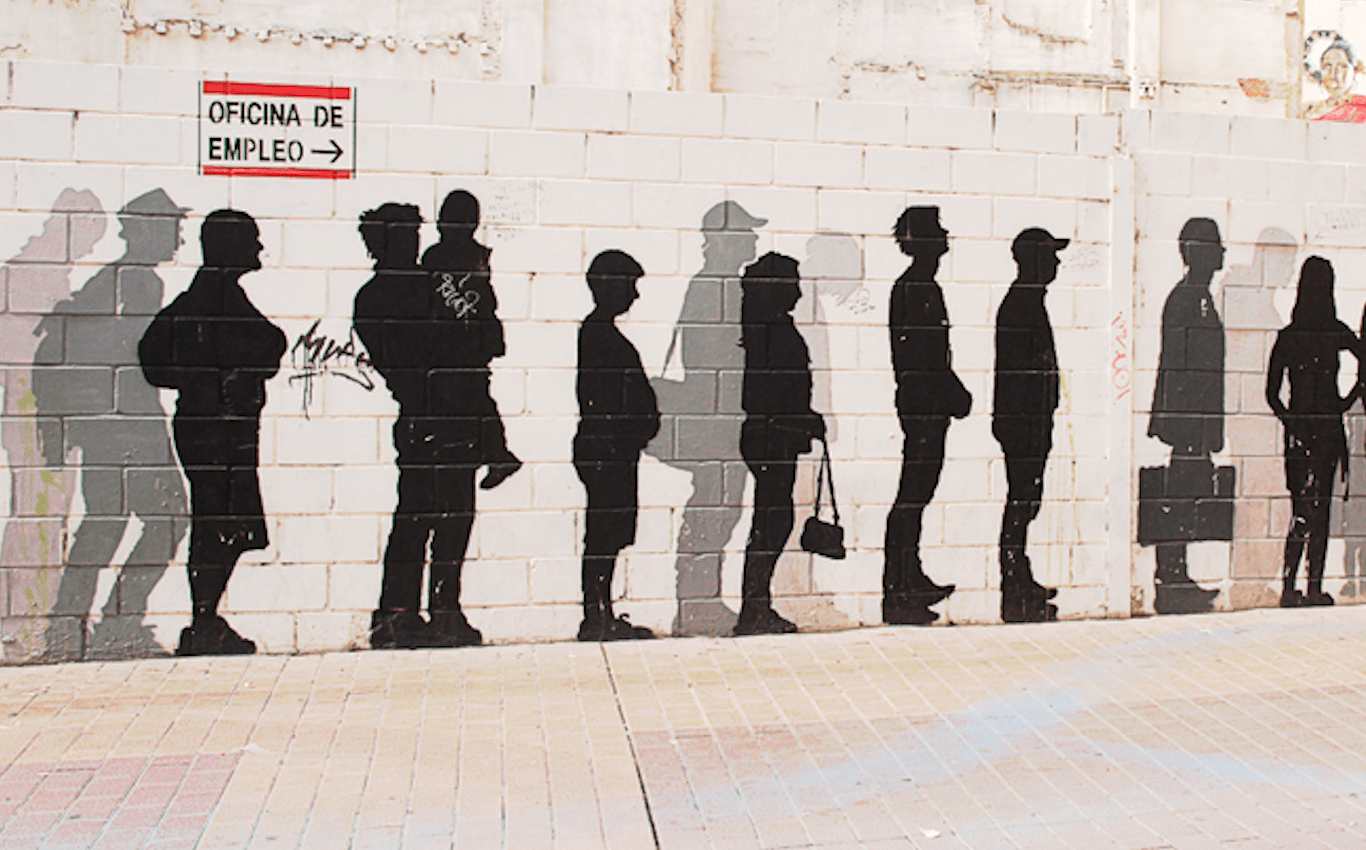 Over the past decade, recession, austerity politics, and labour reforms in Spain have accelerated and intensified the precarisation of employment and complicated the access to living wages, employment-based social security, and a ‘middle-class lifestyle’ for many people. Labour rights have been dismantled and the collective bargaining power of the workers weakened. In this context, ‘precarity’ has become a ubiquitous term and, so it seems, a new normality for many. In what follows, I argue that a perspective that critically engages with the notion and the processes of ‘normalising precarity’ can be an interesting starting point for putting relevant questions regarding precarity and some of its blind spots on the table.

A new term to name an old problem or: What is new about precarity?

Precarity is both a political and a scientific concept. In both cases, its emergence in the late 1990s and early 2000s is closely linked to the so-called post-Fordist transformations in Western societies. The term ‘precarity’ expresses a state of deviation from a specific form of working and living deemed normal. Guy Standing (2002) once characterized the 20th century as the ‘century of labouring man’, when the situation of a stable working class that only represented a small fraction of the population worldwide was envisioned as the future of all (Ferguson and Li 2018). The ‘normal employment relationship’, defined by its stable character, its living wages and benefits, had become the mark of reference for the aspirational expectations of large parts of (prospective) workers.

Yet, this normalised ideal of work and life has only ever been a reality for a small, mostly male and white, minority. From a global historical perspective, most people have depended on much more irregular livelihoods since their incorporation into the capitalist system and have experienced forms of precarity long before it was called that way (Munck 2013). There is thus an inherent contradiction in the term precarity, as a notion of deviance (from the norm of standard employment) that simultaneously describes a state of being that has been a normality for many for a long time.

As Michael Denning (2010) has highlighted, at the ‘beginning’ of capitalism is not the employment contract, but the ‘imperative to earn a living’. Dispossessed of all other means of subsistence, people have become dependent on wage labour. I understand precarity as a condition of material and existential insecurity and vulnerability that is rooted in this state of wage-dependency in capitalism. While this basic wage-dependency has been in part mitigated and obscured for some workers by the expansion of labour rights and welfare state institutions, most others have never experienced other than precarious wage labour. Understood that way, the concept of precarity can be a tool to take a more critical look at too often uncontested norm of wage labour more generally and to rethink work beyond a nostalgia for a seemingly better past of Fordist employment and beyond the creation of jobs as the solution to all problems (Millar 2017). Critically engaging precarity and its seeming normalisation as such can be a chance for reopening discussions and reflections about the meanings and the values of work and for challenging and redefining related notions such as security, sociality, (in)dependence, or social worth.

It is symptomatic that precarity only became a widely debated issue in a broader public once the hitherto privileged working classes were affected. And I consider such a historical global perspective on precarity to be crucial for understanding both commonalities and differences between different conditions of precarity, and to overcome a Western-centered male-bias of a history of labour and to make visible the many hidden forms of precarious labour that have always been an integral part of the capitalist system.

Yet, this is just one out of two vital level of analysis which I consider to be relevant for approaching precarity. At the same time as it highlights a structural condition, precarity is also a normative concept. The subjective use of the term ‘precarity’ by different actors in proximity to their own experience always expresses a perceived break with established moral norms and expectations regarding work and life. It indicates a rupture with collective or individual notions of tolerable levels of exploitation, insecurity and unpredictability and thus sheds light on the (often implicit) frames of reference against which precarity is conceptualised. In this frame of reference, of what is imagined as normality, and against which precarity is conceptualised, we can clearly observe how precarity is currently being normalised.

As I have argued elsewhere, one methodological approach to understanding the normalisation of precarity, then, is to look at what is considered ‘non-precarious’, and at how the categories of precarious/non-precarious are changing over time. While researching precarity among highly educated young adults in Barcelona, I often heard people referring to having a job as a ‘privilege’, even if it was a highly precarious job. Having a job is still ‘better than nothing’. Workers in precarious jobs are told not to complain, as others are even worse or do not have a job at all. People who complain about, or fight against, precarious working conditions are being accused of asking too much, of not being grateful for what they have, and of hindering economic recovery or growth.  I could observe a predominant ‘a-job-is-a-job doctrine’ directing the discursive focus away from concrete working conditions towards the simple ‘existence’ of jobs. Employers and politicians alike used the ‘a-job-is-a-job’ argument to diminish ordinary people’s feelings of entitlement and their claims on employment conditions, as well as to discursively undermine and weaken formerly established employment standards. For example, it has become so completely normal for many young people to switch from one short-term contract to another that many of my interlocutors did not even expect to find a stable job anymore. ‘I think I have already assimilated the fact that I will probably never have a permanent employment contract. Anything more than three months I think is terrific,’ one of them told me. Also, scrolling through online job advertisements in Spain, I repeatedly encountered phrases such as ‘employment contract guaranteed’, or ‘registration with social security from day one’. These are just some examples of presenting basic labour rights as if they were extra benefits. Referring to legal rights in such a way little by little undermines these legal entitlements and renders them into illegitimate claims in practice, if not in principle.

In the course of the past decades marked by a general shift towards neoliberal policies and ideologies and intensified through recent experiences of crisis and shrinking employment opportunities, what is commonly conceptualised as normal in regard to employment conditions has notably changed. Workers in Spain are increasingly being habituated to accept ever worse employment conditions without protesting, and to lower their horizons of expectations. I thus understand the normalisation of precarity not primarily as a quantitative increase in precarious employment relationships that affects ever larger numbers of workers, but, more fundamentally, as a process through which labour conditions that were previously considered precarious are turned into a new normality.

The fact that precarity increasingly also affects highly educated (young) people who are supposed to represent the ‘centre’ and future elites of societies has given the phenomenon a new visibility and has made it more difficult to continue to ignore or marginalise it. In this sense, the process of shifting the normative definition of ‘normal’ employment standards can be understood to some extent as a process that renders precarity ‘invisible’ again.

Corinne Schwaller is a postdoctoral researcher at the Institute of Social Anthropology in Bern, Switzerland. For her PhD, she investigated livelihood strategies and meanings of work among highly educated young adults in Barcelona in the aftermaths of the 2008 crisis. Her main research interests are anthropology of labour, care work and feminist economics, and biographical narratives.