As an enduring research phenomenon, international student mobility (ISM), along with global education scenarios, are hugely transformed and circumscribed by Covid-19 (Wang, 2020; Mok et al., 2021). Lockdowns, online classes, international travel restrictions, long-distance relationships, for instance, are international students’ daily struggles that link to longer-term career and life choices. Notably, for Chinese international students, as the largest international student community in the world (Statista, 2017), their mobility is further hindered by their host countries’ Sinophobic sentiment, the resurgence of nationalist populism, and the geopolitical tensions with Chinese authoritarian rule (Allen & Ye, 2021). These challenges have emerged before Covid-19 but are more pronounced during the pandemic (Pan & Korolev, 2021).

What delimits Chinese international students’ individual choices in mobility concerning their education experiences and development aspirations? Specifically, how are the pandemic policies, public discourse, ethnic/national identity, and socio-economic factors interwoven in the process? Where do they position themselves in the shifting socio-political landscape?

To explore these questions, we conducted more than 30 interviews in the early outbreak of Covid-19 with Chinese international students mainly completing postgraduate programs in social sciences in Europe, North America, Asia, and Australia. As a watershed moment, the pandemic has hugely compressed the transient in-betweenness of cosmopolitan identities and further consolidated the nationalistic agendas of border control and cultural unity. As a result, Chinese students struggle to maintain the ideal of a flexible diasporic life between China and abroad. On the macro-level, they are discursively and equally discriminated against via protectionist policies abroad and domestic nationalistic sentiments. On the meso- and micro-level, they share the long-term anxieties from the neoliberal perspective in education as an investment. During Covid-19, their personal mobility choices are diverged by social class, host country context, current development needs, and objectives.

In global education, cosmopolitanism and nationalism are two influential socio-cultural tenets that underline the school curriculum and students’ identity. Both cosmopolitanism and nationalism now refer to a way of governance and a form of cultural identity (Gunesch, 2004; Yegenoglu, 2005; Gunesch, 2015). Cosmopolitanism views the world as a global community and prioritizes the shared interests of all human beings beyond nation-state boundaries. In cosmopolitan education, students value strong competence in and adaptation to various environments, mastery of multicultural knowledge, the flexibility of residence, as well as the ability to engage and disengage from their original cultural roots (Vertovec & Cohen, 2002; Bilecen, 2016; Hannerz, 1990; Tran & Vu, 2017). In contrast, nationalists espouse the idea of serving the nation with knowledge and skills and cultivates a solid attachment to national/ethnic identity (Leung & Print, 2002; Nyíri, 2001). Some scholars think the alignment with nation-state ideals is incompatible with the cosmopolitan support for universal values (Nussbaum, 1994; Beck, 2002; Sarup, 1996). While others argue for the reconciliation and hybridization of the two as personal identities are not fixated on the nation-state (Gunesch, 2004; Eckersley, 2007; Brett & Moran, 2011; Bamberger, 2019), and one can move along a “continuum between the global and the local” (Gunesch, 2004, p.257). This perspective is exemplified by the models of “cosmopolitan patriotism” (Appiah, 1998, p.91), “cosmopolitan nationalism” (Brett & Moran, 2011, p.188), and “nationalist cosmopolitanism” (Bayram, 2019).

Before Covid-19, many Chinese students downplay their ethnic traits and demonstrate their globalized perspectives and elite lifestyles. However, the pandemic experiences of isolation and marginalization abroad have pushed them to seek materialistic and emotional shelter afforded by the nation-state. The pandemic reinforces their longing for returning to the homeland amid restrictions of geographical mobility, detachment from campus life, and psychological anxiety and uncertainty. This yearning is further intensified by the fact that China quickly restored normality when the pandemic kept wreaking havoc on the rest of the world.

As Mary, a graduate student studying in the UK, revealed, her classmates who branded themselves as global citizens flew back to China at the very beginning of the local outbreak when first-class air tickets cost as much as 100,000 RMB (about 15,336 USD). Another undergraduate student in Italy, Julia, said, “You don’t know when there will be an end (of the awful situation) here. Since China’s situations have become much better, I certainly feel much more assured and safer back home.”

Noticeably, the “double unbelonging” – sense of exclusion both by their home country and host country (Gao, 2021) – is a symbolic hanging sword of Damocles throughout Chinese students’ decision-making of whether to return home. Domestically, the nationalistic discourse rejects the return of overseas students both for their threat to the pandemic containment and for their opportunistic exploitation of their Chinese identity. As a result, Chinese students have been alienated and discriminated against as spies, virus carriers, and job stealers (Wang, 2020; Ma & Zhan, 2020).

However, the domestic moral blaming is symbolic or discursive rather than substantial in determining Chinese students’ mobility options. Although most interviewees were aware of these hostile sentiments, they prioritized the need to seek survival and sense of belonging at this critical time. Generally, Chinese student’ future plans were primarily dependent on their social roles, positions, career goals, and international policies. The possibility of renewing visas, seeking foreign residency, hunting suitable jobs, maintaining the quality of life constituted their top concerns.

Meanwhile, the global anti-China hostility also triggered many Chinese students to seek nationalism for existential security by rejecting the “Chinese virus” accusations through misinformation or glorification of China’s pandemic control. Some interviewees also associated their nationalistic belonging with unwelcome status abroad and the increasing anti-China, xenophobic hostility. They were afraid that their employment outlook would suffer from marginalization.

Representatively, students in the US expressed how rising Sinophobia and deteriorating U.S.-China relations had forced them to take sides. Sean is a postgraduate student in the US. He described how his national identity was put under threat, “I do feel that (being Chinese) is dangerous at this point, not just because of the terrible anti-China rhetoric in the media, but also because physical aggression towards us is happening in real life,” … “I wish I had booked a ticket home in time before the school announced online class; it is all too late now.”

Besides the temporal macro- pressures, we also found what Ma (2020) defined as the multi-folded long-term considerations among Chinese students: 1) For those from ordinary Chinese families, they have high expectations for the heavily invested overseas education; 2) They attempt to maintain both domestic networks and overseas opportunities to secure career development; 3) They worry about the intensified competition with their counterparts, both domestically and abroad. This phenomenon reflects the strategic marriage of neoliberalism, instrumentalism, and cosmopolitanism (Wang, 2020; Rizvi, 2005) among Chinese international students, whose professional skills and transnational resources acquired from overseas education afford more personal development than global wellness.

Noticeably, social class creates a clear divide in mobility decisions. Better social status still navigates upper-class descendants through policy restrictions with “spaces of possibilities” (Bourdieu, 1993, p. 30, cited in Marginson 2014) and with “agency for becoming” (Tran & Vu, 2017), i.e., capabilities for self-positioning under the socio-political structure. Comparatively, affluent students demonstrate a more flexible attitude towards staying or leaving. As mentioned above, they were among the very first group of returnees who could secure a spot in chartered flights and afford over-priced tickets. Students from less well-off families, given a lack of networks and financial support, hardly enjoyed the mobility flexibility as their wealthier counterparts did. They were forced to make clear-cut decisions: staying behind to secure their immigration possibility, visas or program time limits, university or family obligations. Meanwhile, those who decided to return to China reinforced their motivations for further development in their homeland. This mobility inequality is identified by Bilecen (2016) as “the product of the power and knowledge imbalance caused by globalization and neoliberal ideology in higher education” (p.242).

In summary, Chinese students’ restricted mobility during the Covid-19 pandemic exposes the double-layered pressure for international students’ mobility: cultural alienation and political marginalization. Lockdowns, travel bans, residency restrictions have confined students’ physical spaces of living. Meanwhile, stigma and biases from both home and abroad also strain the students’ self-esteem and sense of belonging. Remarkably, Chinese international students are both the victims of anti-China rhetoric and beneficiaries of globalization. Their identity crisis during the pandemic, exposed by the pendulum between nationalism and cosmopolitanism, is a long-time interlocking of geopolitical contention, group anxieties, and personal concerns. Meanwhile, choices and mentalities of transnational mobility also varied within the same group, conditioned by their family background, social roles and/or development goals, and the context of host countries.

Healthcare chauvinism in Denmark during the outbreak of the COVID-19 pandemic
Share this:
Previous 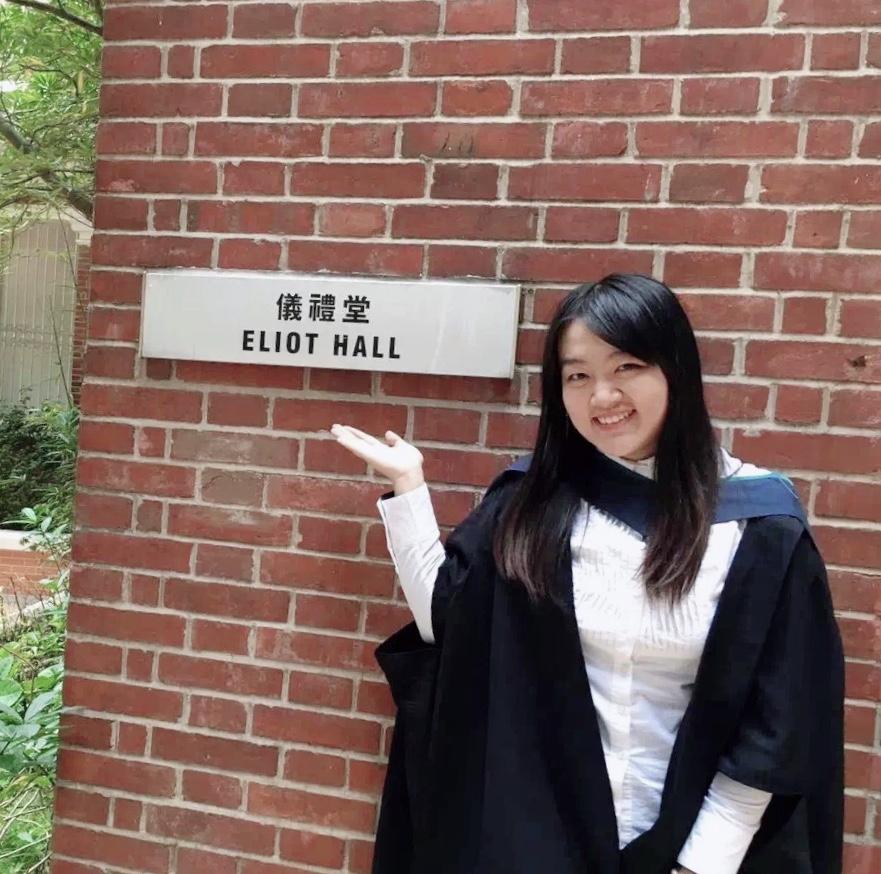 Wendy Weile Zhou is a Ph.D. Candidate in Public Communication at Georgia State University (GSU). Her research focuses on Chinese political discourse, digital journalism, and diaspora media. Before joining GSU, she served as the Chinese editor of Global Investigative Journalism Network (GIJN) and research assistant at the Journalism and Media Studies Center at the University of Hong Kong, where she earned a master’s degree in Journalism. 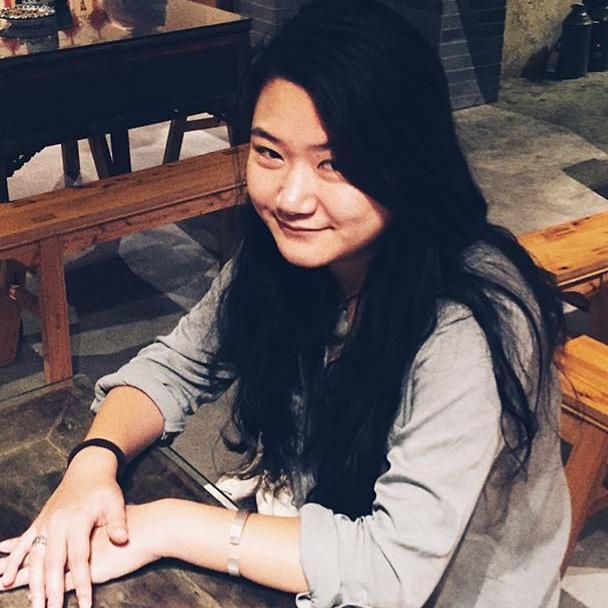 Xiaoyuan Li is a Ph.D. Candidate in Intercultural Communication at Shanghai International Studies University (SISU). Her research focuses on Chinese collective identity and emotions. She currently works on the cultural/social psychology of COVID-19 among the Chinese diaspora. She holds a master’s degree in International Journalism and Communication from Beijing Foreign Studies University (BFSU).