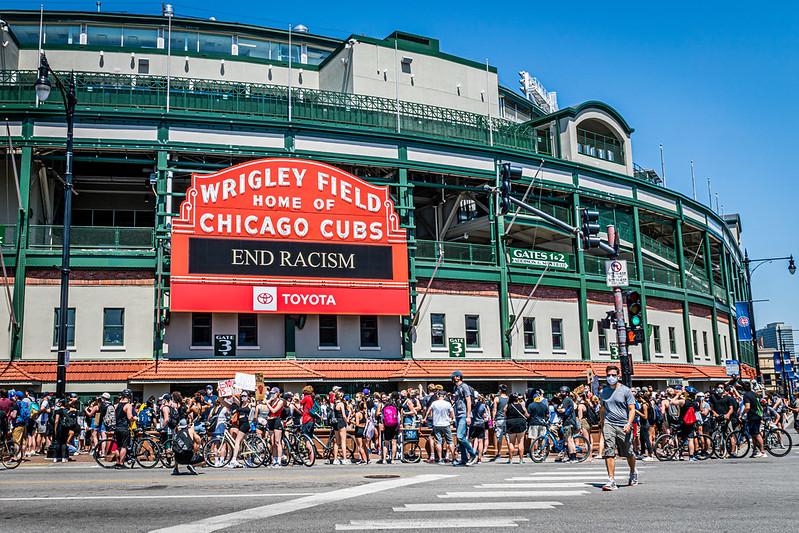 “This is not who we are,” politicians and commentators said in response to the police murders of Breonna Taylor and George Floyd and the murder of Ahmaud Arbery, who was killed by civilians while going for a jog near his neighborhood.

“This is not who we are,” they said again in response to Trump’s dehumanizing rhetoric about and mockery of people of Mexican and Chinese origin, people from “shithole countries,” people with disabilities, people who are poor and working class, people who are women, people who protest injustice, and the list goes on.

“This is not who we are,” they said again in response to Trump’s incendiary rhetoric in support of white nationalists and other right wing extremist groups when he told them to “stand back and stand by” during a presidential debate with Joe Biden in 2020.

“This is not who we are,” they said yet again in response to the Trump Administration’s cruel denial of COVID-19, their neglect of the American people, the 400,000+ people who died as a result, and the many more people grieving the loss of their loved ones with whom they couldn’t spend their final moments in the hospital as they lay on their death beds.

“This is not who we are.” I’m sick and tired of this refrain because it shows a denial of the ugly underbelly of my country and a cherry-picked version of the United States as a “city on a hill” that is the land of the free and home of the brave, a beacon of light and goodness in the world; that anything else is an aberration from who we are. And this just isn’t true. The U.S., like most countries, has a complex and messy history (and present) full of both inhumanity and injustice and humanity and justice. But we can’t deny the foundation on which the United States came to be- the near genocide of indigenous people, the kidnapping of African people and their enslavement in the United States and the rest of the Americas, the economic exploitation justified by the racist construct of race, and the racial and economic injustice that persists in the present day.

The COVID-19 global pandemic laid bare this ugly underbelly. The United States, an extremely wealthy nation with one of the world’s largest economies has failed to provide universal health care. There are millions of people who are either uninsured or under-insured. According to estimates from the National Health Interview Survey (NHIS), 30 million U.S. residents lacked health insurance in the first half of 2020. Although this number marks a sharp decline since the implementation of the Affordable Care Act (ACA) in 2010, the number of uninsured Americans has increased since 2016 and even prior to the pandemic. Quality health care should be a human right, not a privilege. But not in the “land of the free and the home of the brave.”

Numerous accolades and displays of gratitude were rightfully given to America’s “essential workers” for keeping our grocery stores stocked, for delivering our mail, for cleaning our places of work and facilities that remained opened, and for treating and taking care of our loved ones in ambulances, clinics, and hospitals. But in addition to accolades and cheap rhetoric, how about a living wage, quality health care, paid vacation and sick leave, and paid parental leave? Instead of viewing people’s labor as essential only amid a crisis, why not value their humanity and well-being more? How about clinics and mental health services in all community areas in our cities and rural communities, regardless of their racial and socio- economic make-up? But not in the “land of the free and the home of the brave.”

Although the Biden Administration has moved swiftly in providing states across the country with vaccines and has prioritized getting them into as many arms as possible to curb the rate of transmission and to save lives, until very recently, distribution at the local level revealed serious racial and socio- economic inequities that many individuals and organizations across the country have been working to change. This is certainly the case in Chicago, Illinois, where I live. Using COVID-19 data from the Chicago Department of Public Health and the Illinois Department of Public Health, the Chicago Crusader Newspaper (Crusader) examined 51 zip codes in Chicago and, as of January 26, 2021, found significant disparities in vaccination. While affluent and mostly white neighborhoods in the Loop (an area of downtown Chicago) and on the North Side had fewer COVID cases, they had much larger numbers of vaccinations, whereas predominantly Black and Latino communities on the South and West sides with some of the highest numbers of COVID cases have drastically lower vaccination rates. The Crusader’s analysis revealed that vaccinations surpassed COVID cases in five out of 17 zip codes on the North Side. On the contrary, only one out of a total of 26 zip codes on the South and West sides had more vaccinations than COVID cases. These disparities in vaccination rates in the city fall along socio- economic, racial, and geographic lines, and reflect the long-standing issues of disinvestment, neglect, and structural barriers that impact poor and working class people and Black and Latino neighborhoods, even across socio-economic lines….in the land of the free and the home of the brave.

All of this is sobering and a hard pill for many of us Americans to swallow. But taking medicine is necessary sometimes, even if it doesn’t feel pleasant going down. The civil and political unrest; the physical, mental emotional, and financial toll this global pandemic has taken on us; the sheer exhaustion from four years of a reckless, cruel, and destructive Trump presidency; and the anti-intellectualism that has taken root in swaths of the American population whereby people reject critical thinking, deny science, facts, and evidence; and show disdain for expertise and competence have been incredibly exhausting and infuriating.

But I know that even this grim reality is not the full reality of my country. The other reality includes people stepping up and making sure their neighbors, loved ones, and others had food and supplies during the pandemic and to let them know that even though they were alone, they didn’t need to feel lonely. People came together to organize and advocate for racial and economic justice, human rights, and for a proper government response to thousands of people dying every day of COVID-19. People took to social media to provide education, encouragement, and entertainment during the shut-down. People made their voices heard at the ballot box and ended Trump’s reign and ushered in an historic Biden-Harris administration…in the land of the free and the home of the brave. This too is America.

The COVID-19 pandemic has reminded me of the many truths- good, bad, and ugly- of my country’s past and present. One of them is that the notion of the United States as the land of the free and the home of the brave is an aspiration and call to action…and we have much work ahead of us. 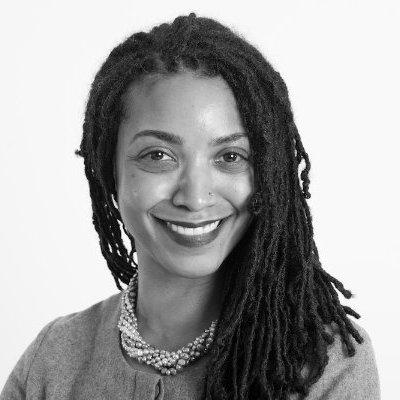 Kelly Suzanne Saulsberry is a proud Chicagoan and feminist advocate who is passionate about civic engagement; racial, gender, and economic justice; LGBTQ rights; and individual and community empowerment. Her professional experience has been primarily in the non-profit and public sectors. Currently, she is a Program Officer at Woods Fund Chicago, a foundation that partners with and funds organizations that organize and advocate for racial and economic equity and justice. Prior to Woods Fund, she served as the Director of Policy and Outreach at the City of Chicago's Commission on Human Relations and as a Deputy Policy Director in the Chicago Mayor's Office of Rahm Emanuel. She also has several years of experience working in non-profit organizations, including the Jane Addams Hull-House Museum at the University of Illinois at Chicago and the former Ellen Stone Belic Institute for the Study of Women and Gender in the Arts and Media at Columbia College Chicago, where she directed and facilitated civic engagement and public programming initiatives and community partnerships. Kelly is an active volunteer with advocacy and social justice organizations in Chicago and hosts a monthly podcast called Living Room Chats: A Podcast for Brave Conversations and Bold Voices, in collaboration with Affinity Community Services, where she has intimate conversations with people from different walks of life about political advocacy, culture, identity, and spirituality.