Argentina is the South American country with the largest number of foreigners, 4.9% of the total population (about 2 million) and 53.97% are women. According to the ILO, 44% of them are heads of household, and 87% are in charge of children under the age of 18. This situation reflects the double burden of care faced by migrant domestic workers, who combine the paid care tasks with unpaid care in their own homes, mostly single-parent households with the presence of children and with a large number of members. In addition, they live in neighborhoods where many families are in the same situation and where there are significant deficits in attention and State presence. Many of these women also do unpaid community work in their neighborhoods, a triple burden of care that allow them and others to survive in the context of the COVID-19 crisis by collective action and community organization. The crisis is an opportunity to bring these workers out from the shadows, to make visible the precarious conditions that this labor force lives through.

Legislation passed in 2013, Law 26.844, stablished important advances for household workers: the inclusion of maternity leave, coverage regardless of hours worked and the formation of a commission for the collective bargaining of wages and working conditions in the sector. In turn, in 2014, Argentina ratified ILO Convention 189. However, beyond these significant advances in regulatory matters, there is a great lack of knowledge of labor rights and the right to registration among these workers.

In March 2020, with the outbreak of the Covid-19 pandemic, the Argentine government decreed preventive and compulsory social isolation (hereinafter ASPO) throughout the national territory, restricting the movement of the population only to carry out activities considered essential. This measure was accompanied by the Emergency Family Income (IFE), an exceptional economic support through a bonus of 10,000 Argentine pesos (about 100 US dollars at that time) for self-employed and informal workers, in order to alleviate the economic consequences of the ASPO.

The majority of domestic workers in Argentina (72.4%) performs general domestic tasks (cleaning, washing, ironing, maintenance, cooking, etc.), not care and attention to people, so they had to comply with mandatory quarantine measures, and employers had to guarantee the right to stay at home with pay. For those considered essential (one in four), the situation generated by COVID-19 led them to assume an extraordinary burden because, faced with the closure of educational and care centers, many households and families had a greater demand for paid care services. The same situation took place in the homes of the workers themselves.

Unfortunately, so far no data survey has been carried out for the particular situation faced by migrant domestic workers in Argentina, but according to the data collected by the civil association AMUMRA, this group has been mostly excluded from the measures adopted by the Argentine government to alleviate the economic emergency, in some cases because they do not have the two years of permanent residence that were required to be able to collect the IFE, and in others simply because of information problems in the government agencies. On the other hand, various organizations reported cases of workplace violence: workers forced to stay at their employer´s homes during extended periods, illegal transfers during the ASPO to the homes of the employers, extortion to unrespect isolation legislation under threat of non-payment, and consequent exposure to criminal proceedings and police abuse increased by their migrant condition. Many workers were upgraded (from category 5: general household cleaning and maintenance tasks to category 4: care tasks) to circulate as essential. However, for unregistered workers, the risk of job loss was added to the uncertainty about residence in the country, and the impossibility of returning to their place of origin due to the closure of borders. The high incidence of informality in the sector results, in turn, in the fact that the majority of this workers do not have unemployment insurance and compensation, coverage for risks at work, or sick leave.

The crisis unleashed by COVID-19 reveals and intensifies the violence, hierarchies and structural roots of the oppression, exploitation and inequality of the colonial capitalist patriarchy. It attacks the different material conditions of reproduction, intensifying and making precarious the reproductive work of women. But not everything is bad news. The COVID-19 pandemic has not only intensified violence, but, in turn, has shown that the strategic centrality of care, the only economy that cannot stop. Critical times like this are also an opportunity for recognition and social justice. 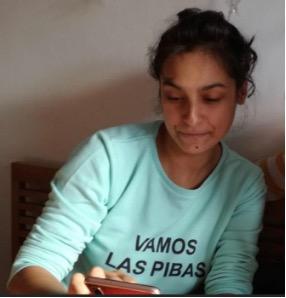