At home in the market: the case of the Latin Village and the struggle to make it work in neoliberal London 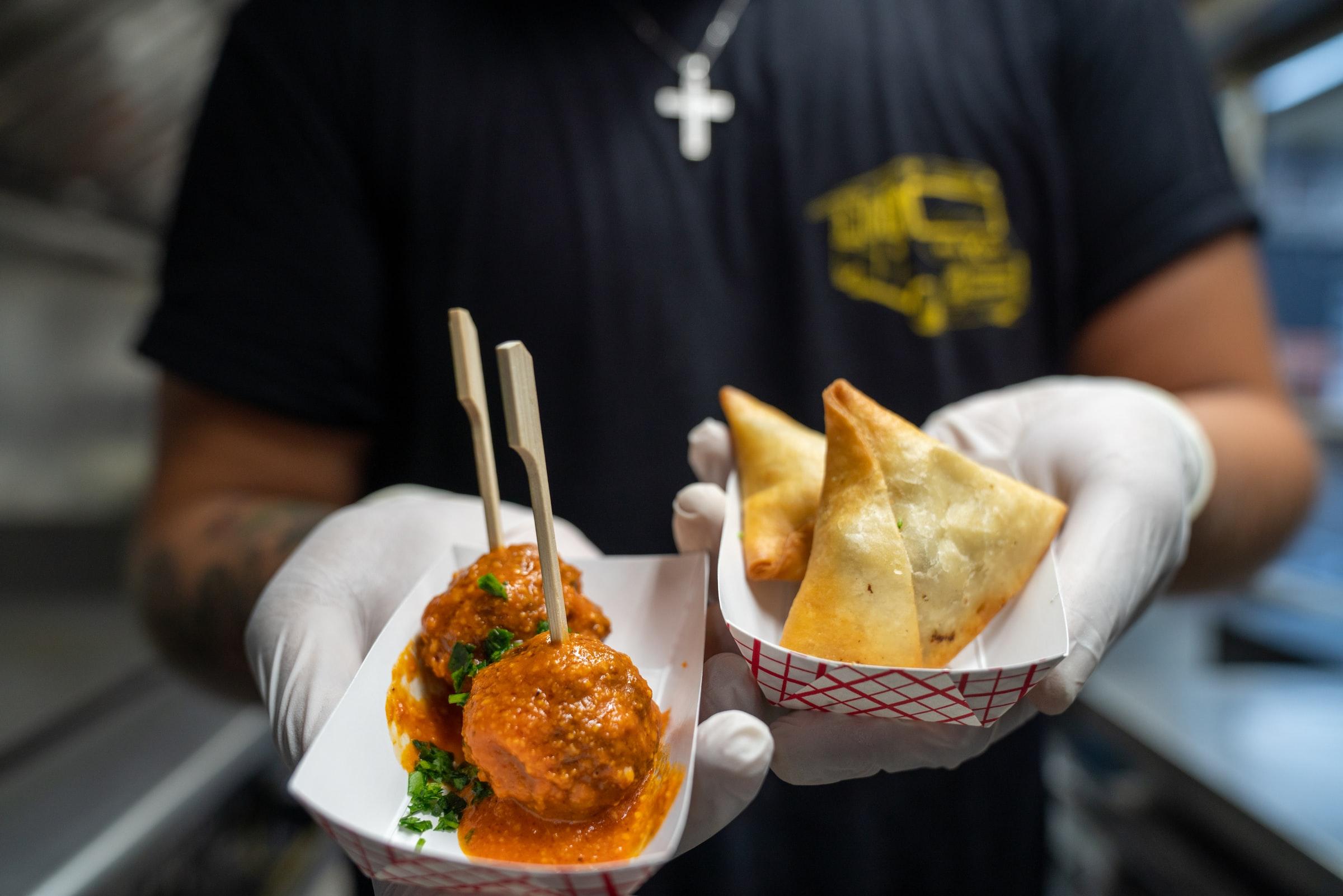 While the past four decades of neoliberal reforms and policy have led to a general deterioration of working conditions in the United Kingdom, including London, migrants in low-paid jobs have been hit particularly hard. With increasingly restrictive immigration laws, the types and conditions of work have significantly worsened for many foreign-born Londoners, who have been further pushed into low-paid, physically demanding and unstable jobs, such as in the cleaning, care and hospitality sectors. This happened to the extent that today, London has become almost completely dependent on migrant workers to do these jobs at the ‘bottom end’ of the city’s labour market (Wills et al., 2010). Despite being fundamental to the functioning of the city, these roles remain thankless, lacking public recognition of their value. Social isolation due to working conditions adds to the multiple forms of social exclusion migrant workers face, such as racial discrimination, both in the labour market and in other spheres of daily urban life (ibid.).

This essay examines the extent to which an indoor market in North London, the Seven Sisters market, can be seen to defy and present an alternative to what Wills et al. (2010) have termed the ‘migrant division of labour’. After briefly outlining the condition of migrant workers in the neoliberal city, I introduce the case of the Seven Sisters market. I argue that in addition to providing economic opportunities for Latin American (and other) migrants in London, the market is a vital resource of social inclusion and a place of belonging for this community.

At the same time that neoliberal policy eroded workers’ rights and working conditions in the UK, it has fuelled inter-urban competition (Brenner & Theodore, 2002; Harvey, 1989). In the context of budgetary austerity, managers of ‘entrepreneurial’ cities find themselves constrained to compete against each other for resources and high-profile residents and workers. One manifestation of this process are policies of ‘urban renaissance’ – the improvement of run-down and neglected urban spaces by attracting ‘investment and middle-class populations’ (Porter & Shaw, 2009:1). The spaces earmarked for improvement often overlap with a concentration of low-income and migrant populations (Vollmer, 2018). This has led critics of urban renaissance to argue that these policies are a form of ‘state-led gentrification’ and effectively displace migrant and working-class people to the benefit of a more desirable, wealthier population (Watt & Minton, 2016; Lees, 2003; Smith, 2002). In addition to limiting migrants’ ability to live in the city, neoliberal policy also deteriorates their chances to make a living in the city.

Like the majority of migrants from lower-income countries, Latin Americans in London were found to be concentrated in low-paid jobs, with over 50% working as cleaners, waiters, security guards or porters and many working in ‘poor and exploitative conditions’ (McIlwaine et al., 2011:8). Many of these jobs only offer shifts of three to four hours at a time, meaning that numerous Latin American Londoners are forced to combine several jobs, often working ‘fragmented and unsociable’ hours in order to make ends meet (ibid., p.62). This dramatically reduces the time that can be spent on things like sleeping, resting or even socialising, placing a considerable burden on workers’ mental and physical health. This is particularly so as social networks are a vital resource that helps people to cope with the stress of everyday life in the city (ibid.).

This ‘migrant division of labour’ (Wills et al., 2010) leaves many Latin Americans in London trapped in exploitative, physically demanding and socially isolating working conditions. The next section introduces a space diametrically opposed to this situation. The case of the Latin Village in North London is presented as a place where the spheres of ‘work’ and ‘home’ are blurred, transcending the migrant division of labour and giving us a glimpse of what an alternative (urban) economy could look like.

The case of the Latin Village: a ‘home far away from home’

The Seven Sisters market is an indoor market, located in the Tottenham ward of the North London borough of Haringey. Until 1972, the building hosted the ‘Wards Furnishing Store’ (Craig, 2017). After the store closed down, and in particular from the 1990s onwards, the building was gradually populated by (mostly) Latin American migrants, who used the space to set up independent businesses. The market has since become known as the Latin Village – or ‘El Pueblito Paisa’ (Burgos, 2017). Over the years, the market has become home to about 50 businesses, offering diverse goods and services – from Colombian snacks to household supplies to a video cassette rental – providing direct employment for an estimated 135 people (Taylor, 2017). Talking about the value of the market, Maria[1], daughter of a trader at the Latin Village told me

‘The market is very important for people who perhaps don’t have that many options, for example, because of their language, their low levels of education… This means that jobs on the high street may not be open to them, whereas traditional markets are. My father, for example, can’t speak English very well. For him, the possibility of trading at the market is an opportunity to escape other, very strenuous professions, such as cleaning (…) Trading is a step up, a step of social mobility.’ (Interview with Maria, 2019)

Traders’ incomes are still relatively low – monthly income averages £1,040 for market traders. Yet, working hours are significantly more sociable and stable than elsewhere with traders indicating to have worked in the market for an average of 9.1 years, the market opening hours roughly being Monday to Saturday from 9 am to 8 pm[2]. This stands in stark contrast to working conditions and high turnover rates in sectors like cleaning or catering, where workers report feeling underappreciated by both their management and customers (Wills et al., 2010). Traders at the Latin Village, on the other hand, were appreciative of working for and with a community they felt part of. Julian, a trader at the Latin Village, told me why he enjoys working at the market:

‘I am a baker, just like my mother and grandmother before me. What I am preparing right now is actually a recipe of my grandmother. In Colombia, I was already a baker and I am going to continue baking. (…) and people here are really happy about my products.’ (Interview with Julian, 2019)

The value people attribute to the market thus appears to go beyond its role in facilitating economic inclusion of (recent) migrants. ‘I spend a lot of time at the market. I’m here every day, except Saturday’, Francisco, another market trader tells me, before enthusing about the karaoke and salsa dancing sessions that regularly happen there after the official closing hours. When I came back a couple of days later, on a Friday night, I found him cheerily commentating the football match he displayed on a big TV screen inside his shop, while selling beers to a handful of equally enthusiastic supporters who were watching the game from plastic chairs he had put up for the event.

A lack of time to make social connections due to unsociable working hours, as well as overworking were identified by McIlwaine et al. (2011) as a major issue for Latin Americans in London. The isolating nature of the work many migrants find themselves constrained to engage in upon arriving in London make spaces like the Latin Village, that allow people to socialise and interact, ever more necessary. This is reflected in traders’ comments, who affirm perceiving the market as a much-needed way to distract themselves from ‘the stress that this city generates’[3].

Social life at the market goes even beyond distraction from stress and casual interactions, and in some instances appears as a form of transposition of social care from the private to the public sphere:

‘It is not just a market, but much more than that. Many young people spend a lot of time there, including me when I was a kid. When you go there, you can see children running around, playing hide and seek. (…) Everyone looks after you, not just your own parents.’ (Interview with Maria, 2019).

‘Whatever happens, you are not alone. We are an individual part of a whole.’[4]

The market, beyond being a merely economic space, appears to be a place where the spheres of ‘work’ and ‘home, ‘productive’ and ‘reproductive’ overlap and are blurred to the benefit of a more inclusive and fulfilling lifestyle than what is commonly found among the average working-class Latin American migrant in neoliberal London. Without romanticising the reality of working at the Latin Village, which often provides just enough income to meet the basic needs of traders and their families, it presents an alternative to other, highly precarious options the migrant traders are presented with by London’s labour market. More than that, the market is perceived as a ‘home far away from home’[5] for market traders and users alike. At a time when we are told that top-down ‘renaissance’ and regeneration are the solutions to all urban problems, the Latin Village provides an alternative vision of what a more inclusive, less alienating city and urban economy could look like.

In an attempt to revive the Wards Corner area, the Latin Village was earmarked for demolition and redevelopment over a decade ago. Market traders and users have opposed the redevelopment for an equally long period, fighting to ‘prevent damage from regeneration initiatives to this cultural site that is sacred to the Latin American community’ as well as serious human rights violations that have occurred in the process. Please visit https://savelatinvillage.org.uk to learn more about and support their campaign.

[2] Results of a survey of 19 market traders, conducted in July 2019 by Nuria Benitez, Alice Devenyns and Félix Lacoin.

Brenner, N. and Theodore, N. (2002) ‘Cities and the geographies of actually existing

Craig, G. (2017) ‘Response on the part of Transport for London to the United

Harvey, D. (1989) ‘Capitalism from managerialism to entrepreneurialism in urban

[3] Results of a non-representative survey of 19 market traders, conducted in July 2019 by Nuria Benitez, Alice Devenyns and Félix Lacoin. 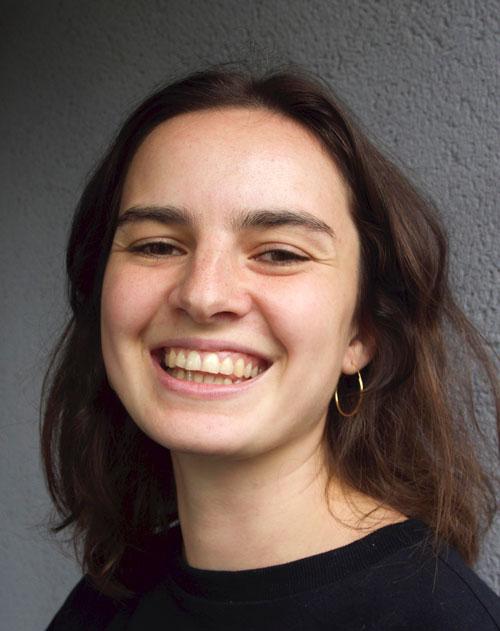 Hannah holds an MSc in Urban Policy from the London School of Economics and Sciences Po Paris and currently works as a socio-economic consultant in an urban and environmental planning consultancy. She will start a PhD at Hertfordshire University this May, where she will study the impacts and municipal policy drivers of financialisation in cities across Europe. Besides research, Hannah is passionate about pão de queijo and social struggles.