China and Africa: the ‘power’ of traditional medicine 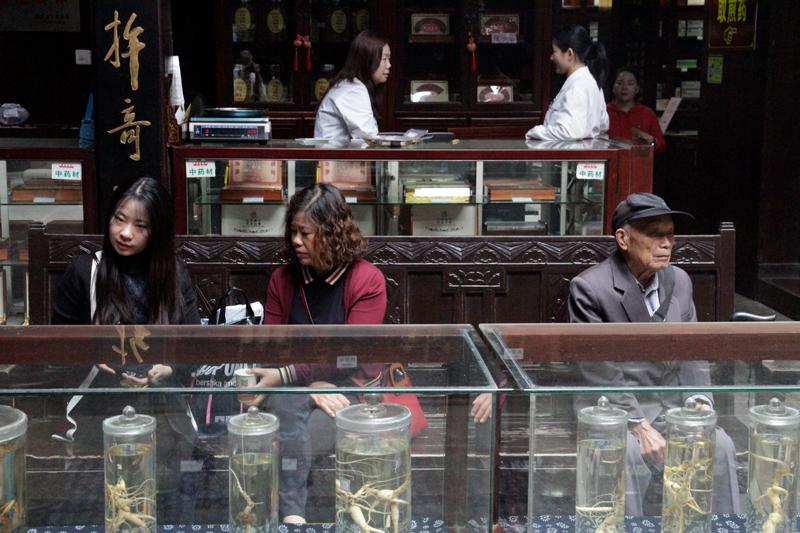 As scientists around the world are racing to develop a vaccine for Covid-19, China has been busy promoting Traditional Chinese Medicine (TCM) domestically and abroad as an effective treatment for the disease. Domestically, China’s National Health Commission promoted the use of TCM in its recommended treatment plan, and reportedly over 90% of patients treated with it showed improvement as a result – despite scientists warning there is no clear evidence of its effectiveness. Abroad, China supplied TCM and doctors to several countries hit by Covid-19, and Chinese embassies promoted the use of TCM with several of their websites showing a link to a page titled “Fighting COVID-19 the Chinese Way“.

The promotion of TCM abroad is not specific to this pandemic; it is part of a long-going three-pronged Chinese strategy to increase trade, advance soft power, and strengthen China’s role in global settings by offering a ‘Chinese solution’ to global challenges. Africa plays a particularly relevant role in this framework for a variety of reasons: it is historically favourably disposed to the consumption of traditional medicine (both indigenous and foreign) hence representing a potential market for TCM’s expansion; it is the ‘supplier‘ of much wildlife – including endangered species such as pangolins and rhinos – ending up in China, widely used to produce TCM; it is important to China as a voting block of countries in global institutions, including the World Health Organization (WHO), where China has been lobbying for the recognition of TCM for years.

Traditional Chinese Medicine meets (challenges in) Africa
TCM has been a part of China’s healthcare diplomacy in Africa since the 1960s when the first Chinese Medical Team was dispatched to Algeria, in 1964. The teams were composed of Chinese healthcare practitioners that provided direct care to African people through the use of traditional (and modern) health practices and products. They built local capacity and constructed hospitals, serving as an expression of solidarity among developing countries, as opposed to the uneven relationship with former colonial and imperialist powers, such as the United Kingdom, France, the United States. China, however, also had a foreign policy aim: to gain support from African nations so to increase leverage in Western-dominated international settings such as the United Nations’ world.

Since then, China’s health diplomacy towards Africa experienced periods of contraction (1980s-1990s) and expansion (since the 2000s). In 2000, the Action Plan of the first Forum on China-Africa Cooperation (FOCAC) formalised the use of traditional medicine in Sino-African relations, and in 2002 the first China-Africa Forum on Traditional Medicine was held in Beijing. From an almost exclusive focus on aid delivery through Chinese Medical Teams, the engagement expanded its scope, in later years, to commercial activities.

Since President Xi Jinping came to power (in 2013) TCM received a new boost, not only as a lucrative tradeable product (worth over $400bn in 2020) but also as a tool to enhance China’s attractiveness abroad through the diffusion of cultural practices, and to influence the ideas that underpin the international order (i.e. convince the world that the understanding of the body’s functioning according to TCM – based on the philosophical concept of ‘vital energy’ or ‘qi’ – is as worth as scientifically-proofed conventional medicine and should not be stigmatized by the West but rather promoted as a valuable alternative).

In March 2019, China’s Ministry of Commerce and the National Administration of Traditional Chinese Medicine released a plan to construct national TCM export centres, linking TCM to global projects like the flagship Belt and Road Initiative. Africa theoretically represents fertile ground for the expansion of TCM. According to the WHO, 80% of Africans rely on traditional medicine for their healthcare needs, being cheaper than conventional medicine and more readily available throughout the territory.
However, in practice, TCM has been met, in Africa, with a mix of reactions. While China is emphasising, at least rhetorically, joint development of TCM alongside African Traditional Medicines (ATMs), in effect it is mainly promoting its own traditional medicine, triggering resistance from Africans (who would rather work on developing ATMs). The secrecy that surrounds the sector, in both China and African countries, added up to constraining the engagement.

Despite seemingly mismatching aims, TCM is far more advanced than ATM in terms of research, regulation, standardised coursework, commercialisation. Hence, exposure to China’s experience can be crucial to develop the sector locally. In Kenya, for example, although the joint study and commercialisation of traditional medicinal products never took off, learning from China’s experience helped Kenyan authorities develop a national healthcare policy that made traditional medicine complementary to conventional healthcare delivery (2018 Health Act).
Regardless of TCM’s achievements in terms of research (some TCM products have been successfully developed into modern drugs, such as the antimalarial drug Artemisinin) and soft power, the international community remains fragmented over TCM’s efficacy, also emphasising the dangerous links between wildlife mismanagement and the rise of zoonotic diseases. The debate inside the WHO well exemplifies the tensions revolving around the sector.

And yet, the WHO’s approach to traditional medicine has been a tortuous one. For years, China lobbied the WHO to endorse TCM, not only to lend TCM credibility but to boost China’s cultural self-confidence and increase trade volumes. However, the relations between the two were never particularly easy, not only because of different mindsets with regards to the value of conventional/traditional medicine, but also because of China’s scepticism towards multilateral health governance – rather preferring a bilateral approach that, however, hindered effective global coordination as the Ebola epidemic in West Africa (2013-2014) and the Covid-19 pandemic (so far) have shown.

The tide turned when in 2019 the WHO, led by Ethiopian director-general Tedros Adhanom Ghebreyesus included TCM in the influential 11th International Classification of Diseases, a compendium of world health trends. The WHO’s decision was criticised as anti-scientific and potentially harmful for the likely contribution to increased sale of unproven treatments, trade of wildlife and the rise of zoonotic diseases. But the WHO explained this change by stating that traditional medicine is used by hundreds of thousands of people worldwide.

Covid-19, a hiccup in China’s strategic aims
Months after TCM’s inclusion in the International Classification of Diseases, during the initial stages of the Covid-19 pandemic, the WHO, and its Director general, were fiercely criticised for allegedly bowing to China. Tedros’ African origins were particularly under the spotlight in a narrative that on the one hand blamed China for using Africa (and Africans) to advance its global objectives (i.e. convince the WHO to include TCM in the International Classification of Diseases) and, on the other, blamed Tedros and the WHO for letting go on China’s alleged initial cover up of the epidemic’s real numbers.

In addition, allegations of links between Covid-19 and wildlife mismanagement (with Africa standing in the middle given its role in wildlife supply), though unconfirmed, exacerbated not only criticism of China’s non-responsible behaviour as a global player but also the WHO’s role in promoting TCM.

In response to criticism, in the first half of 2020, China reviewed a number of its policies on wildlife trade, suggesting a more precautionary approach in recognition of the potential risks posed to biodiversity and human health. In the same period, however, the Beijing Municipal Health Commission issued a draft law calling for the punishment of any who “slander traditional Chinese medicine in any way or in any behavior”, signalling Beijing’s willingness not to let go on the ideological role that TCM is expected to play domestically and globally.

In May, over 100 countries, many of them from Africa, backed a World Health Organization resolution, against China’s wishes, to investigate the origins of Covid-19. This is not only denting, at least momentarily, China’s image worldwide, potentially constraining its soft power effectiveness, but also likely putting a break on the fast-paced rising role of TCM in China’s arsenal of foreign policy tools. 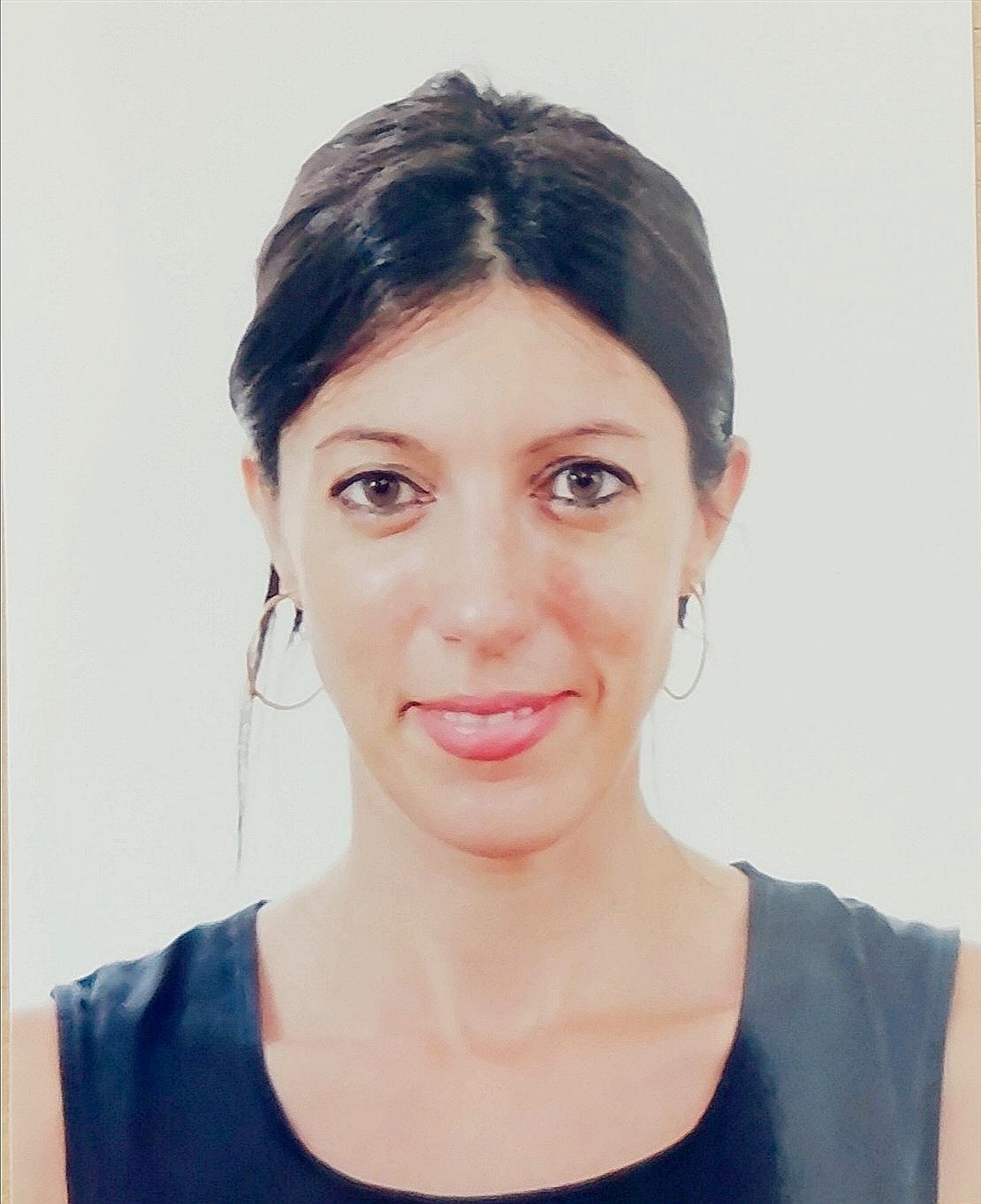