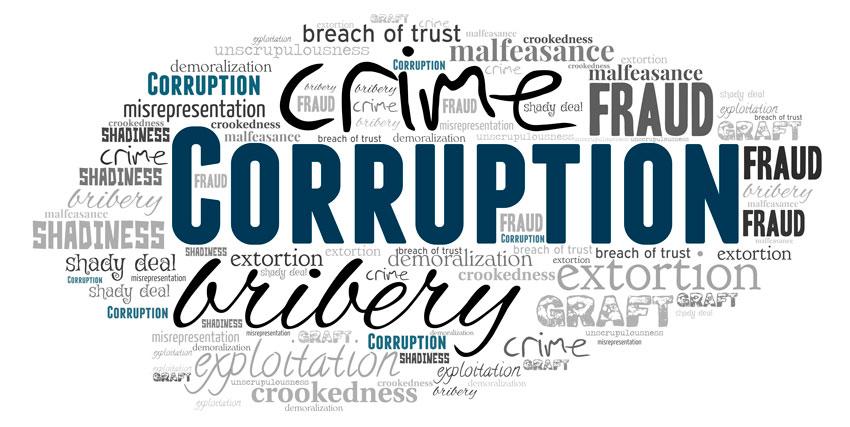 Coming ‘home’ from abroad can be challenging. Migrant’s often gradually change in their worldviews and attitudes during their stay abroad, only to suddenly realise how much this is the case when they return back to their origin state. A difficult process of adjustment and adaptation often follows. Reintegration upon return is thus often best thought of as ‘re-integration’. For some, such as rejected asylum seekers who return against their will and empty-handed, the process is particularly challenging.

We tend to understand the differences between host states in the global North and origin states in the global South in terms of peace/conflict, development and economy. All of which are undeniably important macrostructural factors, and all affect the life chances of someone seeking to re-establish themselves socially and economically. Yet one would be remiss to neglect the relevance of an oft overlooked differentiating factor, that of corruption. Migration and corruption generally shape each other in complex ways, what has been coined a ‘corruption-migration nexus’.

Most of the fragile and low-income states that asylum seekers seek to leave in the global South, and subsequently return to when their migration projects fail, are endemically corrupt. Corruption is routine and governs people’s everyday life. Typical destination states for asylum seekers in Europe, by contrast, are places where corruption exists, but is more incidental and hidden, and where the norm of transparent accountability is more entrenched.

But how, exactly, does ‘homeland’ corruption affect the lives of those who return? Migration studies offer little focused analysis on this issue. In a review of 819 broad-spanning academic studies on return and reintegration I found that ‘[n]none made corruption its main object of analysis but several hinted at its relevance’. Based on a case study of Iraqi Kurds returning from Europe, I then empirically identified some mechanisms at play.

Firstly, returnees’ perspectives on corruption ‘at home’ can change as a consequence of sociocultural integration in a social model abroad. Migrants tend to adjust and adapt values, attitudes and practices of legality at destination locations over time, sensitive to a different normative environment as well as different quality of law enforcement. This plausibly affects their perception and understanding of corruption upon return.

Secondly, returnees may not only view corruption differently from local non-migrants, but also experience it differently than non-migrants. Returnees may more frequently be asked for a bribe, for instance, because they have, actually or seemingly, accumulated wealth abroad. If the returnee has stayed abroad and been disconnected for an extended period of time, the loss of social capital and informal ‘know-how’ may also make it difficult to navigate an informal state upon return, as also demonstrated by research in Afghanistan – especially if the household members do not help.

Thirdly, corruption invites moral posturing. A returnee who struggles to reintegrate may wish to maintain a positive sense of self by attributing problems externally to a corrupt system. It is easier to endure the hardship and alienation of ‘homecoming’ when it can be attributed to a clientilistic system. Having ‘seen the world’, returnees may paternalistically moralise over the alleged backwardness of the corrupt public sector at origin and see themselves as ‘agents of development’ carrying the torch of progress. The way returnees imagine the state reflects the way they imagine themselves.

For the great majority of my Iraqi Kurdish interviewees, corruption was described as a major challenge to their wellbeing and livelihood opportunities. For a privileged few, by contrast, ‘playing the game’ of string-pulling and patron-seeking offered advantages and opportunities they would not have accessed in Europe. It is analytically useful to acknowledge that corruption means different things to differently positioned people, and can be hugely beneficial to some.

Even so, the Iraqi Kurdish returnees interviewed tended to see it as a social ill. They lamented the inequitable and unchecked distribution of wealth and power, the lack of merit-based opportunities following development and the undermining of national and individual security by politicians perceived as being above the law. Many missed the rule of law and liberal democracy that they had witnessed in Europe.

Corruption emerged, prompted or not, as a central, cross-cutting theme in the way they described their post-return realities. Psychosocially, it alienated them from the ideology of the Kurdish nation-building project, challenged their identities, undermined their sense of belonging and created insecurity. Economically, it shaped economic behaviour and reintegration outcomes by obstructing entrepreneurship, producing relative deprivation and conditioning their employability.

A number of policy implications can be drawn from this. First, it instills a measure of realism in the academic and policy discourse on returnees from the North as agents of development in the South. While returnees in my case study stressed their potential as such, they also stressed the real-world impediment to reform and change that corruption represents.

Second, and relatedly, the above discussion points to migrants and returnees as overlooked stakeholders in anti-corruption work. Diasporic lobby groups and returnee associations could be given more consideration as partners in anti-corruption advocacy, given their status as stakeholders, their often deep local knowledge, and grassroots perspectives.

A third point relates to programmes for assisted return and reintegration of rejected asylum seekers, whereby they are incentivised to return in exhange for a cash grant, in-kind assistance, or a combination thereof. Those who design and implement these programmes need to develop anti-corruption mechanisms, but also balance bureaucratic checks and balances against the need to swiftly and effectively serve those who enroll in such programmes upon their return in the origin state. Corruption, alas, is not conducive to swift and effective service delivery – but neither must anti-corruption mechanisms hamper access to the services and assistance returnees have been promised.

There is, hence, a compelling rationale for analytically incorporating corruption into the study of return and reintegration. Scholars, practitioners and decision-makers alike have reasons to be sensitive to how ‘homeland’ corruption affects the lives of those who return, and the practical and policy implications that this entails.

Dr. Paasche is a sociologist and migration scholar, with fieldwork experience from Syria, Iraq, Kosovo and Nigeria. He has written his doctoral dissertation at the Peace Research Institute Oslo (PRIO) on Iraqi Kurdish return migration from Europe, conducted postdoctoral research on Nigerian human trafficking and irregular migration at the Department of Criminology and Sociology of Law, University of Oslo, and is now based at the Institute of Social Research, Oslo. Paasche has taken part in a string of evaluations of assisted return programmes for the Norwegian immigration authorities, and also evaluated Norwegian migration control at airports for the European Commission. His interests include the corruption-migration nexus, migration in contexts of armed conflict and fragility, and migration theory.