Dunes of starvation: A story of Pakistan’s Tharparkar desert

Amid hundreds of children in the malnutrition and neonatal ward of Mithi District Headquarter civil hospital, a tiny Mukesh, remained motionless. Midget in stature, he looks nowhere a baby from his appearance. The mark on his crib headboard shows that he is three years old. We are in children ward of civil hospital Mithi, Tharparkar.

“His mother unable to tend him at the hospital, as she is busy with her newborn at home,” Mukesh’s Aunt says.

Beside him there lies another cot in the same ward occupied by 17-days old Neelum, lying in incubator her mother Chandini, sitting around the corner, she gave birth to nine children of which only three are alive. Neelum, now fighting for her life, is one of them. There are scores of babies lying on white beds and inside incubators, majority of them hardly weigh above 1kg, even some days after birth. Many of them struggle to breath, a few of them have no more strength left to cry.

Dr Sikander Raza, makes his rounds in the ward and taking Neelum, in his hands and checking her with his stethoscope. Neelum, has been admitted in the hospital for two weeks. When she was brought here, her weight was 1.33 kg. After two weeks, she is barely 1.25 kg. Still, her mother feels that it is normal: babies lose their weights in early days of their lives, she thinks.

“Some 760 children have been brought here in this hospital since beginning of 2014. The majority of them recovered, while 150 expired.” Dr Sikander Raza says.

Once again, Thar is making headlines, as several deaths of newborns have been reported recently. These consecutive headlines are coming from last 3 years. Despite governmental and media contradictory figures, the same questions are still on the table: why so many deaths occur in a short lapse of time, every year? After the initial ruckus, why is Thar drawn a blank?

I have found a response to these questions in Mithi, the capital of Tharparkar district.

Civil Hospital in Mithi serves about more than one million inhabitants of this desert from the far-flung towns as well as small villages. The intensity of the malnutrition is at such a high level that the hospital has established a separate malnutrition and neonatal ward.

Scores of parents and grandparents roaming in the hospitals corridors, as the intensity of the issue is much higher. The neonatal ward has also been formed where under 30 days babies are kept, tiny and feeble Neelum, lying on one of the bed. The neonatal ward sees more deaths than the malnutrition ward, since the escalating deaths reported in this desert over the years.

Chandini, 34, belongs to low Mehgwar caste. Her eyes speaks the volume. The lines engraved on her face are markers of the sufferings she confronts everyday only to ensure the availability of food and water to feed her children enough to go on for one more day. Every day is a battle for survival for the local people, who lack basic necessaries of life. She has been continuously visiting hospitals, since 6 out of her 9 children were admitted in Mithi civil hospital in the past six years. All of them died. As this were not enough, every single day, she has to walk 3 km to fetch water from a nearby village.

According to local reporters and journalists, in the last 5 years, more than 1900 children have died in Tharparkar because of various diseases, primarily due to malnutrition and hunger. For unofficial figures, which contradicts government data, since the beginning of 2016, 286 children have died. However, numbers are increasing.

“Let us be very clear: these infants are not dying due to hunger; they are dying due to malnutrition. Malnutrition is due to three factors rising population, absence of greens from people diet and less animal production.”Dr Sono Khangharani, CEO Hisaar Foundation, a local NGO working in the region, tells A-id.

Various other factors affect the deaths of children. Water, open defecation, trends in the breastfeeding, early marriages are some among many nested components of life in the desert.

“There are 41 million people who do not have access to a toilet in Pakistan and as a result they are defecating in the open. And open defecation has significant health and nutritional consequences,” Geeta Rao Gupta, deputy executive director at Unicef, says

For instance, there has been a negative change in breastfeeding practices in Tharparkar, because of drought and its effects, a recent report revealed. Low level of monsoon rains, lack of food security measures, loss of larger number of livestock have led to a decline in the nutrition status of children and women.

Exclusive breastfeeding reduced to 28 percent in March 2014. January 2016 data show that only 11.4 percent mothers now do so. Dr Ram Ratan, the medical superintendent at the hospital, links this crisis with low-birth weight and prematurity. Mothers are not strong enough also because there is no appropriate gap between pregnancies. They are also too young.

Early marriages is very much an issue in the distinct. Dr Sahib Dino, senior paediatrician at the hospital, believes that “Apart from malnutrition, there are child marriages happening by the dozen, leading to unplanned and frequent pregnancies that result in sepsis in the mother’s womb. In most cases, it causes the death of the unborn child. If the child survives, his or her growth is stunted.”

However, Dr. Sono Khangharani, continues, family planning has been increasingly accepted by women in their 30’s. “The real issues of family planning lies in privacy and reluctance to discuss it with male spouses. Those women having 4-5 children are quite interested in the concept but the cultural barriers are hurdles in adopting those methods”.

Poverty, malnutrition, droughts, early marriages, lack of family planning, lacking qualified staff, premature births; together, this features show that alarming data on children’s deaths in the district deserve a strong and holistic approach, which connects service delivery with social and economic indicators. So far the the government response seems reactive only. There’s no long-term perspective. Despite various declarations of intent, institutions are lax. As a result, children will keep dying, adding more numbers in the statistics. What lies ahead are ill health, darkness and poverty. 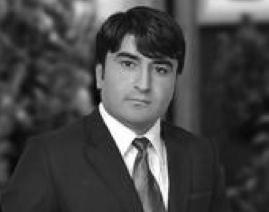