How do you stimulate progressive policies as a small organization? For us at FOS, the answer lies in a combination of expertise and smart networking. By sharing our knowledge of and our experiences in partner countries, we benefit from the mobilization power of larger, kindred organizations.

A catalyst within the socialist movement

FOS is the international solidarity organization of the socialist movement in Flanders (North of Belgium). We promote decent work and social protection in the Andes, Central America, Cuba, southern Africa, Ghana and Belgium. Since our organization is rather small, we mostly work as a catalyst on social issues. We look out for and work with allies to influence policies. Our position is unique. FOS has direct links with the socialist labour union in Belgium, ABVV, with the health insurance fund Socialistische Mutualiteiten and the political party Vooruit, which currently has two ministers and a deputy minister in office. So, when campaigning, we can get a lot of people, at different levels, on board.

Each contributing according to its own abilities

From those primary partners, we have established links with international networks like Solidar and ITUC, with other progressive organizations and with the partners in our key regions. What is important to note, is that we work with our foreign partners based on parity. They are free to develop their own strategies. We are there to support them. More in general, every organization involved contributes to our causes according to its own strengths and possibilities. This can be by organizing manifestations, conducting research, providing legal advice etc. We provide cases to support policy claims and leverage our unique position within the socialist movement to push progressive policies forward.

First steps in corporate due diligence

A first good example of our approach is the recent campaign for a legal framework establishing a corporate due diligence duty. The campaign originates from the workgroup on trade of 11.11.11, the Belgian coalition of solidarity organizations in Flanders. This workgroup is steered by labour unions like ABVV. The topic of human rights and businesses returned later in workgroups on free trade and the Federal Council for Sustainable Development Belgium. By October 2020, the organizations involved, including FOS and ABVV, drew up the ‘Essential Foundations for a Belgian Duty of Care Law’ and shared them with policy makers.

To support our claims with real life examples, our organization, together with ABVV HORVAL and Bolivian partners, conducted a study into the sector of Brazil nuts in 2020. The study shows the violations and inequalities workers in the sector are facing. It also outlines the position of the nut gatherers within the global supply chain. In 2021 FOS, ISVI and Solsoc financed a second investigation into the business practices in the Colombian banana and mining industry. Again, the study illustrates widespread abuses by multinationals.

Both studies were presented to the socialist movement, the Minister of Development Cooperation, and other NGOs. The cases are also re-used during the current campaign of 11.11.11 for a duty of due diligence law, supported by a large number of labour unions and NGOs. It first informed the public of the importance of such a law, and now mobilises it to ask for a legal framework in Belgium and Europe. Campaigning within a large coalition is very advantageous for us. It increases our visibility and allows us to easily share our expertise.

Together for universal social protection

Another good example is the campaign for a global fund to finance universal social protection. Working closely with the labour unions, Solsoc and WSM, our organization took on a leading role in the 11.11.11 coalition. The networking around universal social protection started modestly, with a roundtable organized by the NGOs. Later, in 2020, we developed the campaign ‘Social protection is a right, not a privilege’ with ISVI, Solsoc, Solidaris, ABVV HORVAL and ABVV AC. In 2021 followed a specific campaign aimed at policy makers, to support a resolution for the creation of a global fund for social protection. Through such joint actions, the network has become institutionalised. It now includes health insurance funds, labour unions and the coalition of solidarity organizations. In this case too, the network gives our voice more weight, which increases our impact.

The progress, so far

In both examples, progress is slow, but real. The public is more aware of issues like labour rights and social protection. Progressive policymakers take our recommendations to heart. In Belgium, a proposition for a duty of care law is being discussed in parliament. On 23 February 2022, the European Commission had published a draft directive related to companies and human rights. At the start of 2022, the Belgian parliament adopted the resolution supporting the creation of a global fund for social protection.

However, we still face many challenges. Inequalities and discrimination based on gender, sexuality, race … persist. Our partners in Peru, El Salvador, and Honduras, for instance, still have to fight for abortion rights, for the right of women to decide what they want to do with their bodies. We will continue to fight for accessible health care, the respect for labour rights and social protection as a basic mechanism to address inequality. With a wide range of progressive partners. As true socialists.

Monitor, report and act on access to human rights 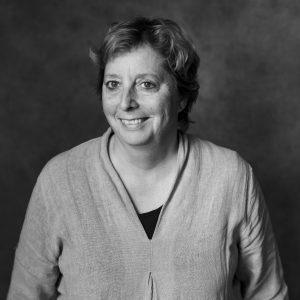 Annuschka Vandewalle is the General Secretary of FOS. With this organization, she has been working on social justice and equality since 1997.