Let’s Start by not Using “Expat” A common refrain is that Italy will accept only those migrants who deserve it. Vulnerability and merit can create first-class, second-class, and third-class migrants. Words imply values and shape realities. And the language of migration is no exception. The usage and misusage of migration-related terminology both reflect and influence how a host society and its native population perceive and receive new arrivals.

The word “migrant” itself is a good example. The term literally means a person who moves from one place to another, but its usage in public discourses is by no means value neutral. People on the Right often associate migrants with a bunch of negative stereotypes, including illegality, deceitfulness, job stealing, and welfare dependence, regardless of the positive roles that migrants have played in welfare systems, economic growth, and global health. Such stereotypes have further fueled racist and xenophobic discourses amid the rise of anti-immigrant populism on both sides of the Atlantic.

In contrast, people on the Left tend to perceive migrants as social victims who are very often poor, vulnerable, precarious, and waiting for humanitarian interventions. After all, stories about political refugees fleeing persecution from their home countries, migrants with irregular immigration status who risk their lives to cross border for a better life, and climate migrants who abandon their homes due to unbearable natural disasters are typical in our times.

The coverage of Italy’s hard line on migrants is no exception. It feeds into the rhetoric of pity, resentment, and merit.

Yet, these two attitudes towards migrants – resentful or pitiful – share a common emotional denominator that stresses the human suffering. They both seem to have fallen into a reductionist trap in which the tremendous diversity among migrants is consciously or unconsciously overlooked. These Western-centric perceptions of migrants also tend to take for granted that migrants come from the poorer and less-developed Global South where most people are non-White. Such perceptions tend to have wiped out the class differences between Indian CEOs in the Silicon Valley with migrant backgrounds and Chinese migrants with irregular immigration status working in the Tuscan fast-fashion sweatshops. Both are migrants and, more precisely, non-White people from the Global South.

Following this logic, those who leave their country in the Global North and resettle elsewhere are not considered to be part of the category of “migrants.” Instead, they are commonly called “expatriates.” This word, as well as its abbreviated form “expat”, literally means someone living outside of their native country. Yet, it is widely used to identify prospective candidates from the West in job advertisements, to describe the cheerful lifestyles of diplomats and professionals, and to represent White travelers’ adventurous experiences elsewhere. It is also a tool to create in-group bonds among Western professionals who work and live “on the field.”

In sharp contrast of the term “migrant”, the label “expatriate” provides a different imaginary of a promising and privileged migrant life. Start a quick Google search and you’ll find yourself in a flurry of expat guides, cities that are the most sought for by expats, business opportunities for expats, and “important tips” for living and socializing as an expat. The ascription of such a label often stands for protection, rights, and access to services provided by legal and policy frameworks, as well as a powerful driver to shape life-plans and opportunities.

Different from people who fall into the imagined conceptual category of “migrants”, the so-called “expatriates” often benefit from social recognition and enjoy a privileged status in the host communities. Today, however, the word “expatriate” is not meant to just refer to diplomats, elite professionals, college students, or skilled workers from the Global North. It encompasses pretty much all white Westerners who live in Africa, Asia, and the Middle East, including overstayed tourists, and English teachers “with no skill sets.” Isn’t this confusing? Why are White people expats when the rest are migrants? Why do phenotypical distinctions even matter in these definitions for describing human flows?

It does matter. The distinction between “migrants” and “expatriates” epitomizes asymmetries of social status, global racial inequality, white supremacy, and a power structure with colonial legacies. Such a distinction justifies institutional forms of racism and provides possible impacts on the organization and distribution of services and public transportation in global cities, access to housing and jobs, and exposures to police checks and controls by local authorities. It also affirms a global homogenization of Western lifestyles. The use of the term “expatriate” contributes to feeding the stigmatization of all other migrants and legitimizing the global hierarchy of human flows with a racist fashion. By using this word, a differentiated set of privileges, social prestige, and legal rights is further reaffirmed and justified through the rhetoric of merit. Meanwhile, the label “expatriate” also overshadows the intra-group diversity.

Expats are migrants as well, but many do not seem to recognize this basic fact. Such insensibility proves again that the ghosts of colonialism have never truly left us. They still haunt the very vocabulary that we use in everyday life in our supposedly post-colonial world. To promote a more inclusive, equal, and convivial world of high human mobility, we should critically examine our terminology and be conscious of the values and inequalities.

It is time to stop using words like “expatriates” and the rhetoric of merit in an uncritical way from speeches, news, academic articles, and job advertisement. Just as preferred gender pronouns are intended to promote equity and inclusion for transgender and genderqueer people, we should also think of our migration vocabulary as a way to dignify people from diverse backgrounds on the move and to de-colonize our knowledge. 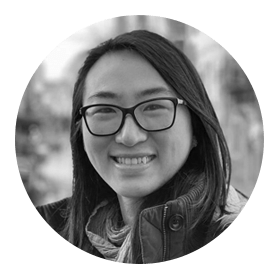 Grazia is a Postdoctoral Research Associate at Brown University’s Population Studies and Training Center. She received her Ph.D. degree in December 2018 from the Department of Anthropology at The Chinese University of Hong Kong. Grazia’s research interests lie at the intersection of the global rise of China and ongoing demographic transformations in Europe by focusing on the diasporic Chinese in Europe. Her ongoing book project tentatively titled Chinese Espresso: The Everyday Art of Intercultural Bricolage in Contemporary Italy is an ethnographic study on Chinese immigrants’ management of coffee bars and ethnic interactions between Chinese and local populations in Bologna. She has held visiting positions at Harvard University, the University of Bologna, the University of Trento, and the University of Sassari. 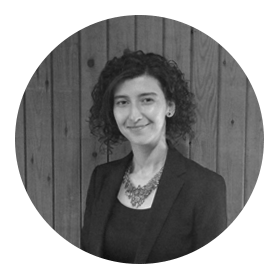 Sabah Boufkhed is a Research Associate in Global Health at the Cicely Saunders Institute, King’s College London. She is working on the Palliative Care aspects of the Research For Health In Conflict in the Middle East and North Africa (R4HC-MENA) project; and has led research aiming at evaluating the preparedness of palliative care services to respond to the COVID-19 pandemic in Africa, MENA, India and Asia-Pacific region. Prior to this work, she conducted research on migrant workers and health. She co-developed a conceptual framework of migrants’ labour exploitation for use in public health with multidisciplinary international experts and Latin American immigrant workers in the UK.