Monitor, report and act on access to human rights We decided to establish aditus foundation in 2011. Our idea was to create an NGO that looked at human rights governance in terms of Malta’s legal, policy and administrative regimes. We wanted to pursue advocacy initiatives that would result in higher standards for all persons in Malta, an idea captured by our mission to “monitor, report and act on access to human rights” and by the organisation’s name, being the Latin word for ‘access’. That philosophy is still very much alive, 11 years down the road!

The Maltese NGO landscape in 2011, and possibly also now, was one marked by a plethora of service-providing organisations supporting Malta’s most vulnerable communities. Civil society remains perceived, by the State and by the general public, as a gathering of well-intentioned people assisting the less fortunate and the marginalised. Interestingly, this perception often translates into an expectation or almost an obligation that human rights NGOs are relied upon by state authorities to fill the gaps of their short-comings, in a relationship that is often not symbiotic but parasitic. This expectation also frames the kind of activities that are demanded of us: the priority being direct support to vulnerable persons, whilst legal and policy initiatives often frowned upon or otherwise openly shot down.

Since our establishment, we have consistently sought to challenge this context and its broader implications. Whilst we fully appreciate the need for civil society to step in where the state fails people and communities, we also think it is fundamental for the healthy development of any democracy for civil society to be given the space to assess, criticise and enage with state actions and decisions. In a political and social environment dominated by two overbearing political parties, both veering dangerously towards populism and away from any semblance of values or principles, and by an incapacitated independent media, Malta’s democracy pivots on civil society for its survival. For us, the events leading to the brutal assassination of prominent journalist Daphne Caruana Galizia, and the following political turmoil, are a crude reminder of how the European Union’s smallest Member State is on the brink of implosion.

“But what do you actually do?” is a question all of our team members get from friends and family. Because ‘human rights advocacy’ is in fact quite vague. The starting point is our biennial Strategic Plan, where we identify the areas we want to prioritise and the objectives we will be working towards in the covered two years. Since our mission statement is generic, not focusing on any specific human rights theme, we need to prioritise those human rights concerns that could benefit from our interventions.

We look at urgency, partners, political enviornment, resources and potential for real impact. Since 2011, migration and asylum issues have always been on our list of priorities since we have several serious concerns with how Malta treats people reaching our shores. We were also actively engaged in LGBTIQ+ issues, when Malta refused to offer any legal recognition to same-sex couples and when the trans community faced severe human rights violations. Following Malta’s adoption of top level legislation introducing full marriage equality and the right to gender identity, in recent years we decided to take a step back on LGBTIQ+ advocacy and to focus on a more pressing issues: reproductive health, rule of law, statelessness.

Our activities generally include a research and learning component, where we engage with themes, communities and our NGO partners to flesh out human rights considerations. We then explore advocacy paths that we feel would be best suited for our objectives. These include bilateral meetings with government officials, public awareness-raising, training and capacity activities, strategic litigation, and shadow reporting to national, European and international entities. We regularly provide Government with technical commentaries on draft legislation, and at times take the initiative to draft laws we feel need to be adotped, for example Malta’s civil unions legislation. All our publications are available on our site.

Together with these core advocacy initiatives, our Legal Unit offers free legal services to a range of clients, prioritising those who are unable to access the public legal aid service or private laweyrs. Each year we provide services to over 400 clients, including a number of high-profile cases with potential to have institutional or strategic impact.

You need to keep in mind that Malta is a very small island. The public administration, in terms of law- and policy-making and also of providing services, is extremely small and concentrated. This often means resources, material but also capacities, are inherently limited. It also means that the NGO sector is also quite small. We are a closely-knit community of organisations that acknowledges – possibly more than in larger contexts – the imperative of cooperation and of creating coalitions that promote an intersectional and therefore horizontal approach to human rights. There is clearly a great potential in this, and we are constantly seeking ways to maximise the impact of our joint efforts. Yet it also means that, despite our size and limitations, most of us feel compelled to cover a broad range of themes since we are somewhat haunted by the thought: “if we don’t do it, who will?”

Yet, ultimately, our greatest challenge today takes us back to points made earlier about Malta’s ailing democracy. Sadly, as governments worldwide grow larger and more powerful, with the public acquiesance and support, human rights values tend to shrink and weaken. For several years we have been witnessing a scary erosion of rights, starting with the rights of those often lacking power and privilege – migrants, refugees, women. This erosion brings with it state attacks on NGOs: criminalisation of NGO work, burdensome regulatory regimes, depleted funding opportunities, public bullying, outright oppression.

I hate to end this piece on what sounds like a pessimistic note, but in fact mine is a figurative call to arms. Civil society activism is the only way to counter the rise of state power and to restore or secure the balance needed for democracy to not only flourish but actually survive. We need to build broader coalitions, to have a stronger impact across sectors. We need to modify the way we talk, to be sure to be understood. We need to modernise, to be visible on new communication and social platforms. We need to protect the vulnerable, to block the fragmentation of communities. 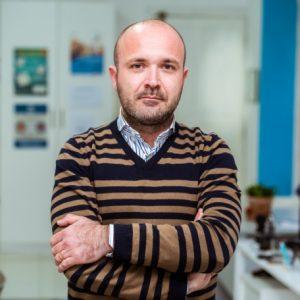 As the organisation’s Director Neil Falzon is responsible for its overall management, and also actively involved in most of its projects and activities. He represents the organisation in its external relations, including through extensive media presence nationally and internationally