While sexual violence has been committed in many conflicts on a large scale, perpetrators are rarely prosecuted. Recent decisions at the International Criminal Court (ICC), however, could strengthen the prosecution of rape and other forms of sexual and gender-based violence (SGBV).

Most importantly, the ICC entered its first ever conviction for sexual and gender-based crimes (SGBC) at the end of March. Jean-Pierre Bemba, a former vice-president of the Democratic Republic of Congo (DRC) was found guilty of crimes against humanity and war crimes which were committed by soldiers under his command in the neighboring Central African Republic. Among the charges were two counts of rape.

The ICC prosecutor had brought rape charges in a previous case but in the past failed to secure a conviction for these crimes. The Bemba conviction, therefore, has been hailed as an important step forward. “The judgment sends a clear message that impunity for sexual violence as a tool of war will not be tolerated,” Amnesty International said in a statement.

The verdict is the latest step in the steady increase of the recognition of SGBV in international law. The United Nations tribunals for the former Yugoslavia and for Rwanda issued important decisions – for example a verdict which, for the first time, recognized rape that can be a means of genocide. The ICC, which is the first permanent international criminal court and opened its doors in 2002, adds some important pieces to the evolving jurisprudence of SGBC.

Significantly, in the Bemba verdict, the judges noted that both women and men can be victims and perpetrators of sexual violence in conflicts. During the course of the trial the prosecution presented evidence that also men had been raped, especially when they tried to prevent rapes of their wives or daughters. The judges stressed that the law and the definitions applicable at the ICC are gender-neutral and, consequently, cover SGBC committed against both men and women.

Only a few days after the Bemba judgment, ICC judges made another decision of importance with respect to sexual violence in conflicts: they confirmed the indictment against and committed to trial Dominic Ongwen, an alleged high-ranking commander of the notorious Lord’s Resistance Army (LRA) and, according to the prosecution, one of Joseph Kony’s close allies.

Ongwen, whose trial is to commence in the upcoming months, faces 70 charges in total. 19 of them relate to a broad range of SGBC, including sexual slavery, forced marriage and forced pregnancy. He will be the first person ever to be tried for forced pregnancy before an international court. The crime occurred in various conflicts in the past, but has not been prosecuted before at the international level.

The prosecution alleges that seven girls were abducted and made “wives” to Ongwen. “They were all regularly forced to have sexual intercourse with Dominic Ongwen either by brute force, threat of force, or other forms of coercion,” the prosecution says. As a result of rapes, many became pregnant – one of the girls at least three times. Since the girls had no choice and were unable to escape, the prosecution charges Ongwen as a direct perpetrator of rape and forced marriage, among other crimes.

In addition, the prosecution accuses him of SGBC that were indirectly committed. Ongwen is alleged to have participated in a common plan of the LRA leadership which included the abduction of girls and women who were then given as “wives” to other soldiers.

The wide range of SGBC in the Ongwen indictment is exceptional to the prosecution practice of the court. Both the Bemba verdict and the confirmation of charges against Ongwen materialize the efforts of the ICC’s Office of the Prosecutor (OTP) to end impunity for SGBC. Chief prosecutor Fatou Bensouda, who is in office since 2012, has made the investigation of sexual violence in conflicts a central priority.

Bensouda’s approach marks a shift: For many years, sexual violence was seen as something inherent to conflicts. Compared to murder, rape has traditionally been given less attention.

Moreover, SGBC are among the most difficult to investigate. One reason is the difficulty to obtain evidence. The ICC and other international courts tend to intervene only several years after the crimes occurred. “The time gap between events on the ground and the moment when the Office can investigate can result in loss of evidence,” the OTP points out in its current strategic plan. The delay makes it close to impossible to collect physical, forensic evidence, for example.

Another reason are social and cultural barriers. Prosecutors usually need to rely heavily on the testimony of victims and witnesses. However, many cases are not reported and victims are often afraid to speak about the crimes. “Sexual violence during and in the wake of conflict continues to be dramatically underreported because of the risks, threats and trauma faced by those who come forward,” a report by the UN Security Council concluded.  Victims of rape, for example, often face stigmatization from their families or societies. This makes it difficult for the investigators to find persons willing to testify to the crimes.

The recent decisions at the ICC show that it’s possible to overcome these challenges. In addition, since domestic judicial systems look at the jurisprudence of international courts for guidance, the ICC’s decision could increase attention and awareness of SGBC among national prosecutors.

The Chinese way to economic reforms

Dunes of starvation: A story of Pakistan’s Tharparkar desert 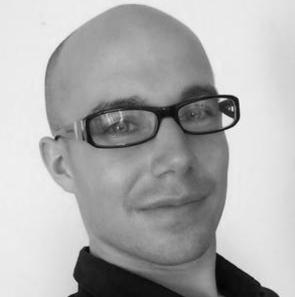