Ceará is the eighth most populated state in Brazil, with 9 million inhabitants. It is located in the Northeast Region, the poorest in the country. Most cities in the state do not have a formal system of waste collection. Given this context, the work of wastepickers is extremely valuable for the environment, though it is performed under precarious and hazardous working conditions. The vulnerabilities faced by these workers such as poverty, social exclusion, precarious health and work conditions, increased further during the Covid 19 pandemic. The health crisis impacted their activities adversely, drastically reducing their income. The risk of infection by the virus made the work even more dangerous to their health.

To alleviate these hardships, the state parliament and government – in dialogue with the wastepickers’ movement – approved the new Law # 17,256, effective in July 31, 2020: “The Program to Reinforce Income due to the Provision of Environmental Services”. The program was established to guarantee financial assistance to wastepickers organized in associations or cooperatives during the Covid 19 pandemic.

The program provided for the payment of financial assistance by the State Environment Secretariat (SEMA), in the amount of ¼ of the minimum wage per month, i.e., a payment of around US$50 per month over a six-month period from August to December, 2020. The criteria for inclusion required the worker to be active and productive in the activity and member of an association or cooperative. The productivity requirement was of waste treatment activities of at least 100 (one hundred) kilos/month per worker certified by the association/cooperative. Workers in high risk groups, e.g., older workers or others with co-morbidities, did not have to comply with this requirement. During this period, the benefit was granted to 1342 wastepickers, members of 48 associations/cooperatives, across 41 municipalities in the state of Ceará.

In November of 2020, the state government converted the program into a permanent policy through Law #17377, making Ceará the first state in the country to have an institutional policy of payment for environmental services to waste pickers. Although other cities and states in Brazil have provided some kind of financial assistance to waste pickers or informal workers in poverty, Ceará is the only one that has transformed this emergency assistance policy into a permanent policy to recognize the environmental importance of the wastepicker’s work.

The 2021 Payment for Environmental Services to Wastepickers Program will grant monthly financial resources, corresponding to ¼ of the current minimum wage, to approximately 2,500 wastepickers selected through a public call.

In preliminary results released on March 12, 2021, approximately 2,219 associated wastepickers from 70 associations and/or cooperatives, across 65 municipalities in Ceará, were selected to receive the payment.

In the general case of wastepickers, the concept of PES can be used to provide an additional source of income. The purpose of PES payments is to share the savings that accrue to municipalities in not having to sort and recycle waste. This model is complementary to the polluter pays principle, however, here a positive form of sanction is used as an incentive to preserve the planet whose basis is the provider-gets principle.

PES brings a financial reward to wastepickers, since in their work activity, they help to preserve the planet, fulfilling duties neglected by the State and waste producers, who pollute and degrade the environment.

During the months of February, March and April 2021, we conducted interviews with 11 representatives of wastepickers’ associations and cooperatives that received the PES. Of the 11 respondents, 6 were women and 5 men. Of the total, 6 of the representatives were aged between 51 and 60 years. The interviews showed that: i) 9 of respondents received, before the pandemic, a monthly income well below the minimum wage; ii) they all reported a drastic drop in income; iii) participants stated that hunger and the impossibility of maintaining the rent would be the main consequences if the aid had not been provided; iv) 8 stated that the payment was partially sufficient to guarantee basic needs; v) 7 added that it was necessary to carry out collection of waste outside the associative context, on the streets, due to the decrease in income.

The PES, in most cases, was used to pay for the most urgent needs, such as food and housing. Both types of deprivations are clear violations of fundamental rights of this population. Without being able to pay the rent, these workers would become homeless and face daunting challenges to get out of poverty.

Our research suggests that the program is in line with the guidelines established in ILO Recommendation 202 on Social Protection Floors, and Recommendation 204 on Transition from the Informal to the Formal Economy. The PES constitutes a social protection measure that focuses on informal workers, as it guarantees a minimum income to keep these workers out of extreme poverty.

We suggest two ideas for improving the program. First, that this policy could be expanded to include non-associated waste pickers who work on the streets in extremely precarious conditions. Second, the PES should be integrated with the broader policy of formalizing waste collection systems with the inclusion of wastepickers. Some Brazilian cities already adopt inclusive policies by integrating waste picker associations/cooperatives into the public waste management systems through legislation and contracts that recognize their role in the collection, recycling and disposal of waste. 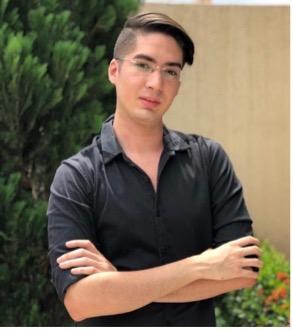 Dieric is a Master's student in Sociology and Law at the Fluminense Federal University (UFF), Brazil, and a member of the Center for Studies in Labor Law and Social Security at the University of Fortaleza (NEDTS). He graduated in law from the University of Fortaleza (UNIFOR), and worked as a research assistant at the Rotman School of Management at the University of Toronto in 2019. He is co-author of the following two papers: Marginalization and Violations of Rights of Wastepickers in the streets of Fortaleza/CE: an analysis of socio-juridical aspects in the light of the 1988 Federal Constitution, and Health and Social Security Deprotection of Non-associated Wastepickers in Fortaleza - CE: a socio-legal analysis of the precarity of their work.

Ana Virginia Moreira Gomes is a Labour Law Professor at the Faculty of Law of Fortaleza University, Brazil. She has a PhD. in Labour Law at São Paulo University, Brazil, and a Master in Law at the Faculty of Law in the University of Toronto. Her work focuses on the regulation of informal work and protection of vulnerable workers, in special domestic workers and wastepickers. She is co-author of the book “Waste pickers and homeless people: (in) visibility and citizenship on the streets of Fortaleza”. She coordinates the Center for Studies in Labor Law and Social Security at the University of Fortaleza.