Spending and the catastrophic impact of social expectations We want women to save, to invest, to control their own finance and be financially independent. Yet expenses, many of which are sudden and unexpected, ruin the best laid plans for financial independence.

Early this year we began a program called Budget Rani which works with women from low-income households to teach them ways of saving and investing in the formal system. In India, there is a drive through the Jandhan bank accounts which are zero balance accounts to get more people to access the formal system. While these accounts have allowed women to own bank accounts, they were viewed by most women only as vehicles through which they could access government transfers. Budget Rani aims to make changes to this attitude. During our training and interactions with women, we have found that the biggest hurdle to financial independence was expenses, especially health and social gatherings such as weddings. In this article, we delve further into these crucial learnings.

Health expenses – especially after the pandemic – have been on the rise. Many families have felt the financial impact of the pandemic both through the cost of the illness and through the loss of livelihoods. The government-run insurance schemes, such as Aarogyashree in Telangana, have provided some support, but they do not cover all the costs of an illness. Every illness has visible and invisible expenses. Visible expenses being the cost of medicines, doctors’, hospitals etc which can get covered my insurance but the invisible costs in terms of loss in wages, care giving effort time and loss to caregiver’s earnings remain hidden. Even when the person recovers, they may not be back to their earlier earning capabilities which can have a devastating effect on families.

Illness also has a gendered impact especially long-term illness such as cancer. The position of women in the family determines their access to healthcare and proper treatment. Many women avoid seeking care till the illness is at an advanced stage which then increases the cost of treatment. If families are willing to pay for the treatment, they are forced to take loans to pay for the costs pushing families into debt. The costs are similar even when the illness is of a male member of the family but in the case of men there is no question about spending for the treatment. Due to the lack of integration into the formal financial systems and availability of assets for collateral, people from lower income groups cannot easily access formal loans. They then are forced to take unsecured loans at extremely high rates of interest from local moneylenders.

Irrespective of the member who falls ill the burden of care giving is always on the women of the household. The time and effort which is part of unpaid care giving reduces the earning capacity of women and in some cases, girls drop out of school to provide care which further reduces their earning capabilities.

Insurance policies are one way to prepare for some of these unexpected health expenses. As part of Budget Rani, we are encouraging women to take health and life insurances policies for themselves to ensure that when they need care, they are able to take that decision and access care for themselves. However, this is challenging as there are limited micro insurance schemes for urban poor. We are yet to see how PMJAY- Ayushman Bharat Scheme will affect the lives of working class women in states like Telangana.

The second major sources of expenditure are expenses for weddings, and other social events. Spending for these events is an expectation people need to fulfil as a form of membership to the community. These communities are based on caste and familial kingship. Communities form social security nets for their members by providing help both financial and non-financial when needed. They look after each other’s children, help with care of the elderly help in securing marriage alliances and many other such services. Breaking away from the community would mean at best losing access to these support systems and at worse violent repercussions for the entire family. Ostracization from the community is a very serious punishment.

A major part of community bonding is to include everyone at major life events. These social events include lavish feasts and gifts. The spending on these events is huge and to undertake the expense most people take unsecured loans with high interest rates. The interest rate and loans further push families into debt. The irony of the situation is that everyone in the community takes these loans and become indebted just to fulfill the needs of being in the community. Another irony of this situation is that almost everyone in these communities take loans for the events thus indebting the entire community. Why do they continue to do this? When everyone would be better off by not spending. Some of the women we asked said we need something to be happy about some excitement in our lives to make all the hard work worth it. The idea of spending seems to be so ingrained in their lives that no

The above realities push a majority of low-income families into debt trap, where repaying the loans takes most of their lives. Building any sort of savings and assets becomes an onerous task. A lot of families prioritize their children’s education and take up loans if necessary to afford private schools, but the higher education continues to be a hard dream. Securing old age through any sort of retirement plan is unthinkable and leaves women particularly vulnerable as saving for their senior years is not the priority in the family.

Changing this behavior of spending is not just a behavior change there are layers of socio-cultural factors which determine this spending. To bring about changes in this behavior the approach we will need to use needs to acknowledge these complexities. Change can only be brought about through a nuanced understanding of the situation.

Lessons from the T20: Five Priorities for Italian Infrastructure Investment 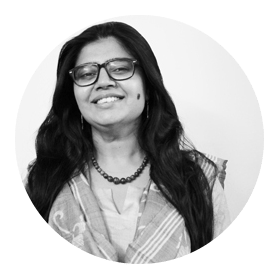 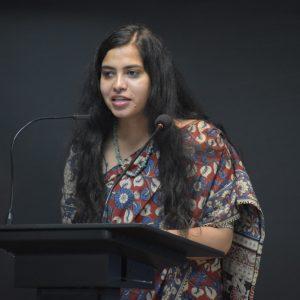 1) Tejaswini Madabhushi Tejaswini Madabhushi, CEO of Yugantar, is a feminist activist who was involved in organizing the Midnight March in Hyderabad on January 5th, 2013. Later that year, she became a founding member of Hyderabad for Feminism. She has a Masters in Conflict Analysis and Resolution from George Mason University and a Masters in Sociology from University of Hyderabad.