The Chinese way to economic reforms

Dubbed the “Lianghui” or “Two Sessions”, China’s annual plenary sessions of the National People’s Congress and the Chinese People’s Political Consultative Conference were held in Beijing early this March. As one of the major focuses of the sessions, China’s growth target for 2016 and new agenda for economic reform were also set forward.

Facing widespread anxiety about China’s slowing economy, the government set a lower economic growth target at 6.5% to 7% for the year ahead, aiming to protect economic stability and implement structural changes. Premier Li Keqiang believed that such target is achievable without doubt and the government will have innovative macro tools to maintain economic stability even if growth falls out a reasonable range.

Supply-side reform: the new pain reliever for an ailing economy?

To all appearances, the government’s determination in keeping steady and sustainable development of the world’s second largest economy seemed loud and clear. Last November, Chinese president Xi Jinping rolled out the idea of “supply-side reform” for the first time at a meeting of the Leading Group for Financial and Economic Affairs, stressing that “supply-side reform needs to be strengthened while expanding the total demand at an appropriate extend”. Soon after, five priorities were outlined in association with reform execution: cutting overcapacity, de-stocking, deleveraging, cutting cost and improving weak areas. According to Chinese state media, the reform aims to rebalance China’s demand-driven economy and stimulate growth from the supply side through reduction of excess industrial capacity and provision of innovative goods and high-end services.

As Chinese economy agreed to have a structural change, overcapacity cutting and state-owned enterprise (SOE) reform came underway. For instance, in 2015, Chinese factories produced 800 millions metric tons of steel, fives times more than what the U.S. has produced in the same year. However, due to diminishing domestic demand, low commodity price and increasing labor cost, China’s big steel firms continued to lose profits, leaving excess production a cause for growth stagnation. In other strategic sectors, situation appears similar. Amid the slowing growth, income of mid- and large-sized SOEs, which are mostly concentrated in heavy industries, are also facing a decline. During the first two months of 2016, profits at China’s SOEs fell 14.2%, while locally-administrated SOEs hit a 40.9% drop in earning. Long protected from the state’s preferential policies, inefficient and unprofitable SOEs started to become a burden of China’s slowing economy and some changes are in need to be implemented from within.

In labor-intensive industries, cutting overcapacity also means disposal of redundant personnel. On a press conference just ahead of the Two Sessions, Yin Weimin, the Minister of Human Resources and Social Security told the media that the coming reform action will expect to lay off 1.3 million coal workers and 500,000 steel workers, which are most likely employees of state-owned enterprises.

Against this backdrop, some tension already emerged even before the reform plan is fully executed. In Shuangyashan, a coal mining prefectural-level city in Heilongjiang Province, thousands of coal workers from the state-owned Longmay Group, the largest coal mining group in Northeast China, marched on the streets protesting against unpaid wages. Just days before the protest, Lu Hao, governor of Heilongjiang Province, told the press at the Two Sessions that Longmay has never been late in paying its 80,000 employees, adding that “not even a penny is over due so far”. “We must live, We must eat” while some others read “Lu Hao tells lies while his eyes are wide open”, protesters answered the governor in a recent protest.

To mitigate unwanted consequences resulted from the job cuts, the central government has promised to spend about RMB100 billions ($15 billions) in resettlement for the laid-off workers while calling local governments and companies themselves to contribute efforts and share the costs. However, effective implementation of the resettlement plan is questionable because local governments which are asked to provide help in reducing overcapacity are also losing big after their main revenue contributors go broke. In Daqing for example, a city affluent with oil resources in Heilongjiang Province, the falling of oil price has stagnated the city’s GDP growth for the first time in 30 years, causing 10 billion RMB loss of provincial revenue.

Zhang Jie, a researcher from the National Academy of Development and Strategy at Renmin University believed that local governments, which face diminishing revenue base, might not have ability and incentive to execute plans for overcapacity reduction. He further maintained that since some regions are facing resistance from local interests and existing economic development challenges amid effort of overcapacity cutting, setting up designated funds through central government becomes necessary.

To be sure, economic reform is not new to China. The reform effort in late 1990s led by Zhu Rongji, then China’s Vice-Premier, managed to save tens of thousands of SOEs from profit losing through a series of effort of privatization and tax reform. However, without political changes, economic reform couldn’t go far. For over a decade, SOEs still in monopolistic control of China’s key strategic industries, including oil, power, steel and telecommunication, building visible and invisible barriers for private companies to enter the game. Patrons who benefit from their close relationships with the state are not yet willing to give up their privileges, making SOE reform an intractable problem to solve.

On another hand, ideology still plays a big role, as the government firmly believes that “the Party leadership over SOEs is vital in ensuring the socialist direction of their development and enhancing their competitiveness and competence”. Instead of seeking for full privatization of unprofitable SOEs, the central government is more in favor towards the promotion of “mixed ownerships”, aiming to protect state assets from “leaching away”. To avoid the risk of social unrest caused by the increase of unemployment, the government also chose SOE consolidations over bankruptcies as a way to balance multiple interests and absorb more laid-off workers. The ideological limitations on Chinese market still stands strong, and seems uneasy to compromise.

Many believe that China’s reform efforts will not make major change as economic policies are not market-driven. Sara Hsu, Assistant Professor of Economics at the State University of New York at New Paltz argued that since private sector functions in close connection with the state, the idea of expanding private ownership in SOEs remains blurred. “Rather than focusing on pushing forward with mixed ownership in SOEs, regulators should focus directly on improving the market orientation of SOEs”, she said. 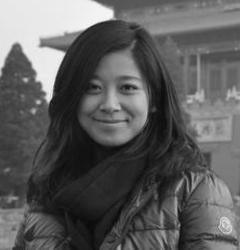 Zizhu Zhang (张子竹) is a Chinese journalist currently living in Nairobi, Kenya. Working as a Special Correspondent for the Hong Kong-based Phoenix Satellite Television, she covers major political and social news that occurs in Kenya as well as other countries in Africa. She is interested in domestic and foreign policy of China, development in Africa as well as China-Africa relations. Zizhu obtained her MSc degree in Comparative Politics from London School of Economics. She also holds a BA in International Relations from University of St Andrews, Scotland.