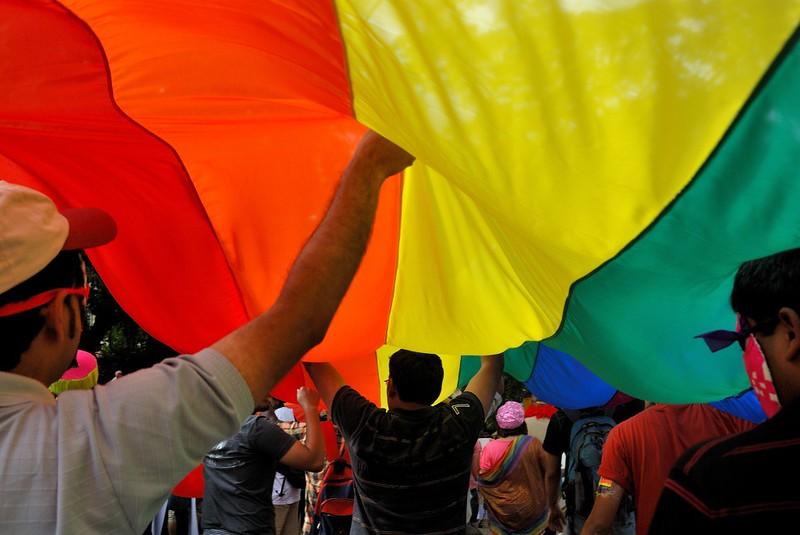 The crises that the coronavirus brought upon the Queer community is exclusive in its nature of violence. Why would a transmasculine person (female to male transperson) require ration separately for being a transgender? Why would a lesbian be in need of shelter in the middle of lockdown? Why would a bisexual woman be at risk of losing one’s job the moment offices of various companies would need to be temporarily shut during the lockdown? What is the relation between one’s non-conforming gender identity or non-heteronormative sexual orientation with the risk of livelihood?  What kind of ‘violence’ might a lesbian face while living with her family in their home during the lockdown? What problem could a queer couple create within an apparently educated family with a certain social and cultural capitalwhile sharing that space with the rest? These are some questions among many such othersthat have come up during my engagement with society during the ongoing pandemic, as a gender non-binary lesbian person working in an organization that addresses problems in the lives of sexually marginalized women and transmasculine individuals living in West Bengal, and member of a Board constituted by the Govt of West Bengal working for the development of transgender individuals in the state, and a trained Sociologist.

Indian society is deeply and intensely steeped in the abyss called hetero-patriarchy which might be popularly understood as a heterosexual system of sustaining the power hierarchy between the binary gender notion of man and woman and an awkward, itchy, vagueintolerance toward all practices that reject this system in its entirety. The violence erupts from this intolerance, as does toward all communities and individuals who choose to live differently from the majority. Gender and sexuality form crucial intersections with other markers of class, religion, caste, region, ethnicity, language, ability and age in determining this nature of violence that transpires between the characters. Queer is a practice and philosophy in one’s life. It is this choice and the pride that nourishes this choice that heteronormativity takes great effort to bruise and silence.

Throughout the last one year of working closely with the Queer community in West Bengal amidst the pandemic caused by Covid-19, I came upon multiple narratives each with its own specific layers, but all with a common feature of non-heteronormative identities and practices. One might ask what could someone’s transmasculinity or bisexuality have to do with losing their job? However, violence and abuse on Queer individuals are invisibilized and they perpetuate over time through the sheer entitlement of individuals feeding off heteronormativity. Several transmasculine individuals, lesbians and bisexual woman have losttheir jobs during the pandemic because their security, safety and dignity are the last of their employers’ concerns. Due to the discrimination and marginalization faced from childhood in their schools, colleges, families and other spaces that one participates in, drop-out rates of LGBT individuals is phenomenal. Statistical figures of such cases are absent because research on such issues is extremely rare. I can put ahead this argument based on my own findings from my Doctoral research and research projects that I have undertaken in my professional space. Owing to the marginalization and the drop-outs, several of these individuals do not possess formal degrees beyond school and thus have a much poorer chance of getting employed. If one is able to acquire a job, the challenge is in sustaining it as a non-heteronormative identifying and practicing individual, in a heteronormative working space.In these spaces, instead of one’s competency as a worker, their gender expression and practices take precedence.

A lesbian opening the doors of their queer bedroom and walking out with that identity, sharing space with their family as a lesbian is categorized as a ‘rebel’, as someone who ‘unnecessarily talks about desire when there are more important things in life’, as a ‘lunatic’ when they ‘overreact’ to family violence and dares to call it violence, as having ‘mistaken perspectives’. In different homes with different class backgrounds, messages of intolerance toward a queer living are delivered differently, whereby, using a space that is one’s home can be shrouded under hetero-patriarchal conditions of various kinds and it ceases to be a shelter, a safe space. Pressure of marriage, fear of being evicted of one’s home or one’s rented apartment amidst peak lockdown and a dangerous virus, insecurity and anxiety around one’s livelihood- all have led to a massive yet invisible crises among the Queer community.

Hundreds of individuals identifying as lesbian, bisexual or transmasculine have been struggling to find a safe shelter, food and a source of income since the pandemic hit us. Some have been living on the streets, some moving from one friend’s home to another, many requesting for relief of some kind and a temporary place to stay till the situation improves.What is most unfortunate is that there is an enormously gaping hole in support and care from the government, from one’s workplace, from one’s family and thus, the only source of relief and safety comes from the community. It becomes our concern and responsibility to look after each other and it is our pride in being who we are that builds the solidarity. All this, after Section 377 of the Indian Penal Code has been partially read down in an effort by the Supreme Court to ensure Right to Life, Right to Equality and Right to Freedom of Speech and Expression for all its citizens. The coronavirus has definitely exposed several forms of intolerance and deep phobia toward non-heteronormativity and Queer perspectives and practices. 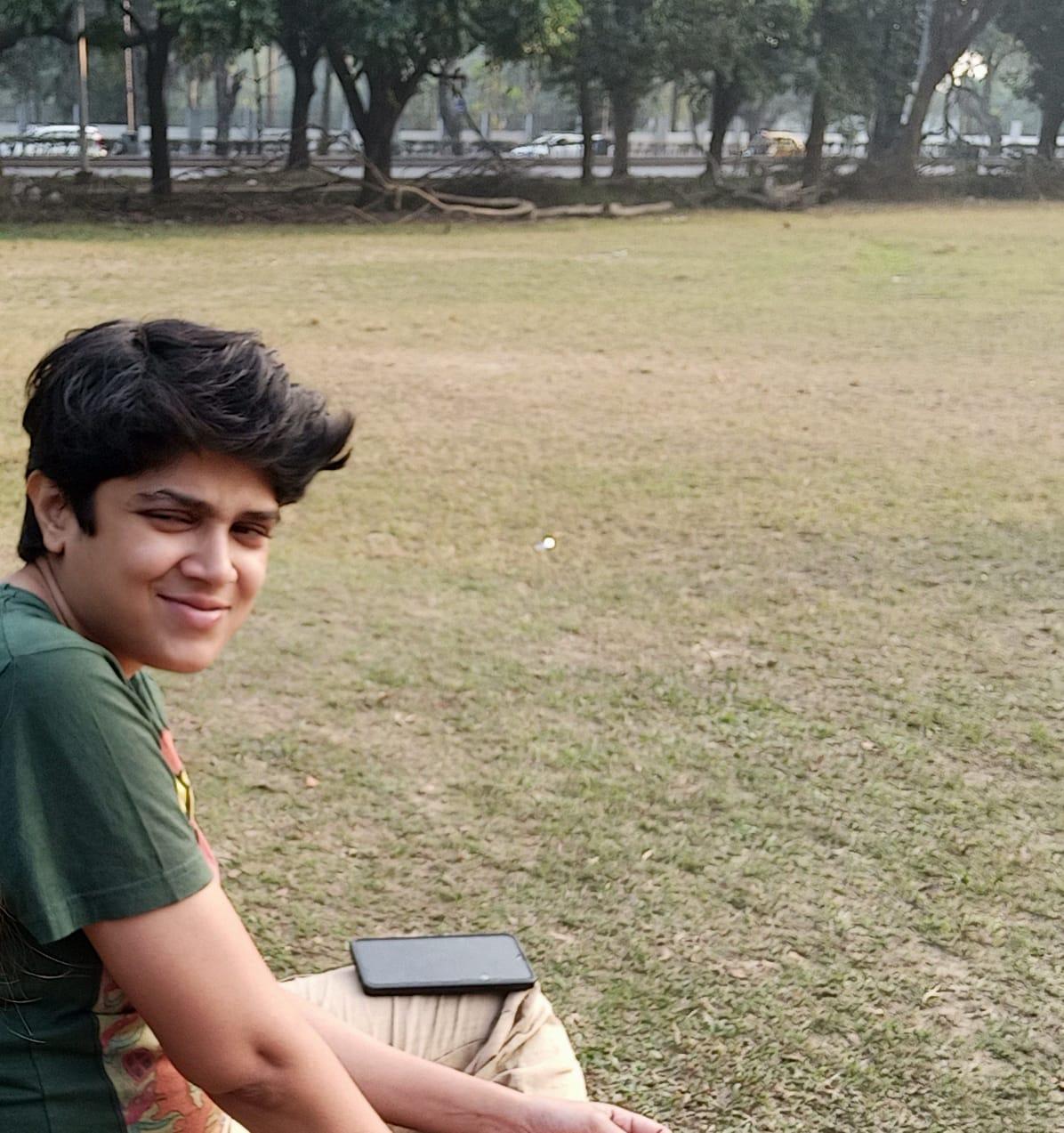 Kolika Mitra is currently working as Program Associate at Sappho for Equality, Kolkata, an organisation that works for the rights and social justice of sexually marginalized women and transmasculine individuals. She is a member of the West Bengal Transgender Development Board under the Department of Women and Child Development and Social Welfare, Government of West Bengal. Kolika identifies as non-binary and uses the pronouns she/they. She has been trained in Sociology and submitted her PhD thesis at Jawaharlal Nehru University. Celebrating queerness in all and challenging heteronormativity from every possible angle are her boosters in life, along with food, books and music.