The growth of hostile architecture: how developments in urban design are exacerbating social injustice 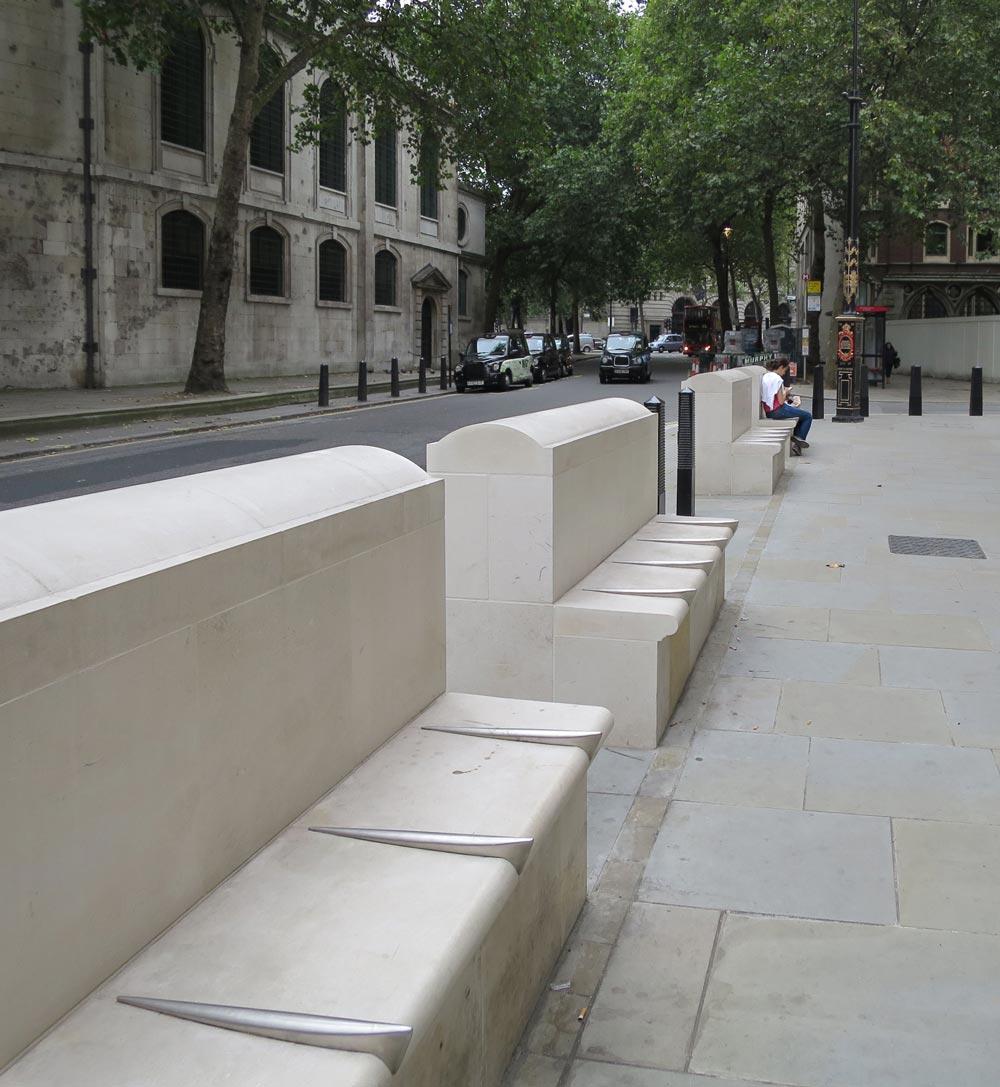 The development of architecture targeting vulnerable populations such as the homeless is not a new phenomenon, but there appears to be a growing recognition of the implications of such design trends upon social injustice and a rising feeling amongst the general public that it is undesirable and unpalatable aspect of modern urban life.

The development of hostile architecture might not be new, but some of the modern interpretations of it are certainly innovative: anti-homeless spikes outside apartment blocks, bars in the middle of park benches to prevent homeless people sleeping in these places; benches featuring a graffiti-resistant sloping surface to deter sleeping and skateboarding, curved bases on benches to prevent lying down and window sill ledges fitted with anti-loitering spikes.

Despite the fact that this particular type of hostile architecture specifically targeting homeless people is a relatively new phenomenon, the evidence suggests that it is rapidly becoming more aggressive and unpleasant in its pursuit of keeping homeless people away.

In Bristol, a salon has moved as far as to install sprinklers outside of its building in order to deter homeless people from sleeping there. In Seattle, the decision to install bike racks under a viaduct that homeless people were known to frequent has also been heavily criticised. It seems that even the animal kingdom is not immune from the reach of hostile architecture, because in Bristol the branches of certain trees have had metal spikes installed upon them to stop birds defecating on the cars below.

The recent bringing of this predominantly private form of urban planning and architecture into the public domain has aroused considerable controversy, because it is a particularly visible representation of inequality and social injustice.

There are a wide variety of different ways of interpreting the phenomenon of hostile architecture, but perhaps one core reason why it appears to be such an emotive subject is because it is presenting a window into the type of society that we have become and the ways in which less fortunate members of it are treated. The wider social context is hard to ignore and rising inequality, in particular, lies at the heart of the social injustice that is becoming increasingly unpalatable for many in the United Kingdom.

A recent major report into inequality has found that one fifth of the UK population now lives in poverty and that vulnerable groups such children and pensioners are amongst the hardest hit . This brings a new immediacy and potency to poverty and homelessness, because for many ordinary people poverty and homelessness are no longer abstract concepts and are becoming part of the orbit of their reality.

These are the types of issues relating to social injustice that ought to be considered when urban planners and designers construct features such as anti-homeless spikes. However, the systemic failings of mainstream society often make people so uncomfortable that they repress it and attempt to locate the problem elsewhere. Smith and Mac observe a similar pattern with regard to prostitution and argue that the visibility of homelessness and prostitution often make people angry with prostitutes and rough sleepers.

Reducing that visibility then becomes a metric for success and the reduction in rough sleepers and prostitutes is regarded as a victory rather than concentrating upon the factors that make people engage in these activities in the first place, such as a lack of education, increasing poverty or a history of mental and physical abuse.

For some, the increasing presence of hostile architecture represents the ultimate destination of a neo-liberal paradigm that is seeking to regulate and sanitise the streets and to re-imagine what constitutes the public space.

In this context, hostile architecture can be placed alongside other developments such as the building of free trade zones and privatised spaces for high-earner consumption, zero-tolerance initiatives and the growth of targeted surveillance and CCTV. This type of emphasis upon atmosphere and aesthetics shifts the onus away from systemic causes or structural drivers of hardship and inequality and towards signifiers of disorder at the street-level.

There are important issues that must be raised in relation to a re-imagining of the city landscape and it is vital to understand that space, development and social injustice are inextricably linked in relation to the phenomenon of hostile architecture. In all of the examples of hostile architecture highlighted above, it is the very spatial logic of the city in conjunction with codes of governance that are regulating the meanings and uses of public space. The idea that the use of public space ought to be restricted to a particular type of middle-class citizenry is certainly one that appears offensive to many people and for good reason.

The distinction between the gated community and hostile architecture in this respect is pivotal, because there is something tangibly different about the public space that confers different sets of rights and obligations on us all. Hostile architecture sends out an unmistakable message to poor, vulnerable and marginalised communities: you are not welcome in the social community. It also introduces a coldness and hostile aspect into the urban space, something Andreou has referred to as the “aggregated, concrete, spiked expression of a lack of generosity of spirit”.

However, throughout all of these objections, it is important to continue to remind oneself that these are not private spaces that are being altered, but that they are public spaces.

This is very important, because the general population is afforded certain rights in public spaces that are also quietly being trampled upon. The right to assembly and the right to access and use public space are rights of homeless people that cannot be forgotten as the rich try to engineer a silent coup of public spaces.

The officials and legislators responsible for approving hostile architecture can effectively be seen as redefining homelessness as a criminal act and a deliberate choice. By putting in place measures to stop people sleeping on the streets the message appears to be that the homeless could and should sleep elsewhere, as if that were a legitimate and viable option.

It is for these reasons that the meaning of the public space is at stake, because an ordered public space in which surveillance and control are the dominant watchwords is not a genuine public space, it is an illusory public space.

It is in this context that activists and social commentators have begun to fight back, undertaking both practical and conceptual measures in an attempt to undercut this development in urban space that furthers social injustice. Activists have made use of platforms such as social media to draw attention to their “anti-anti-homeless spikes”, which consist of a mattress, a small shelf and some books that were glued onto the spikes.

In Manchester, other activists protesting against the establishment of anti-homeless spikes outside residential areas decided to redecorate one area with a mountain of pillows and cushions. They also brought snacks and sandwiches for the homeless in an attempt to turn the areas into a welcoming place for them and wrote on a piece of cardboard: “Take a seat and have a bite to eat”.

This type of action both raises awareness of the brutality of using spikes such as this against homeless people, but also manages to capture and convey a sense of an alternative reality that most people find far more appealing.

However, such practical actions, though important in terms of raising awareness, must be complemented by other conceptual efforts to change the ways we think about public space, social injustice, urban design and the homeless.

It is vital to articulate that in many cases these are public spaces to which homeless people have rights and to foster an inclusive environment that is built upon fuller notions of civil, social and political citizenship that facilitate genuine inclusion in national social life.

This type of inclusion would represent the mirror opposite of the marginalisation for which anti-homeless spikes and other pieces of hostile architecture are such potent symbols. Only then, can public space become a “home” for the homeless once more. 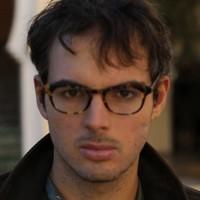 Matteo Bocchialini is a doctoral candidate in Political Philosophy at LUISS-Guido Carli.