In his first Independence Day address to the nation in 2014, Prime Minster Narendra Modi pointed out the contradictory and hypocritical stance Indians take towards their sons and daughters. When parents are prepared to impose restrictions on their daughters, he asked, why are they unwilling to on their sons?

Parents ask their daughters hundreds of questions, but have any parents ever dared to ask their son as to where he is going, why he is going out, who his friends are. … try to do this with your sons, try to ask such questions of them. … As a member of the society, as parents, we also have some responsibilities.

The desire to broaden the scope of the responsibility and accountability for violence against women is laudable. However the spirit behind these remarks does not seem to have percolated to the rest of the government. In 2015, the Minister for Corporate Affairs, Arun Jaitley, reportedly refused the suggestion of his colleague, Minister for Women and Child Development, Maneka Gandhi, that companies be mandated to reveal on their annual reports whether they have constituted Internal Complaints Committees to look into instances of sexual harassment, the formation of which is required under the Sexual Harassment at the Workplace Act of 2013. Mandating such disclosure would contribute to the broad sense of accountability and answerability that the Prime Minister described.

Such contradictions are emblematic of the NDA government’s position on women’s issues. The government has launched various schemes which directly benefit women. The Beti Bachao, Beti Padhao Yojana, initiated in 2015, targets 100 districts across the country which have a low child sex ratio (either below the national average of 918 girls to 1000 boys, or above this average but declining). The scheme entails various interventions to improve the child sex ratio, by ensuring that girl children are born, and can go to school. The Sukanya Samriddhi Yojana was also launched; herein parents or guardians can make investments in the names of two to three daughters/wards, using the money to fund either their education or marriages after they turn 18.

The Prime Minister also popularized the #selfiewithdaughter campaign initiated by Sunil Jaglan, Sarpanch of Bibipur village in Haryana, a campaign where people posted pictures of themselves with their daughters on social media. This campaign sought to challenge a culture of devaluing daughters.

The NDA government’s other schemes have also been popular with women. Last year, SBI Chairperson Arundhati Bhattacharya statedthat 49% of the accounts opened under the Pradhan Mantri Jan Dhan Yojana were held by women. This scheme aims to give the poor access to banking services.

The government has however not been as proactive on those aspects of women’s empowerment that cannot be fit within an individualised, economic framework. For example, the Mahila Samakhya programme, initiated in 1989, is now reported to be merged with the National Rural Livelihood Mission. Mahila Samakhya was conceptualized as an empowerment scheme that would facilitate the creation of local collectives (called sanghas). Sanghas would define their own development needs and set their own agendas. The scheme has beenshown to have given women greater awareness and decision-making power, opened up newer forms of employment, and contributed to increased participation of women in local government. Women from Scheduled Castes, Scheduled Tribes, and Other Backward Classes constitute over 80% of the Sangha membership. Sanghas are supported mainly by members’ contributions of time and money (in the form of lost wages). Observers have argued that the proposed merger will alter the programme’s nature and hinder its capacity for comprehensive empowerment.

The Sukanya Samriddhi scheme, though described as facilitating girls’ education, can also be drawn upon for wedding expenses. However the Minister for Law, Sadanand Gowda, recently stated that the government had no plans to enact the Marriage Laws Amendment Bill. The bill’s provisions make it easier to obtain a divorce on grounds of the ‘irretrievable breakdown’ of a marriage, and also enable women to receive part of their husband’s immovable property as compensation upon divorce. Thus while easing the financial burden of marriage on parents, the government has not expanded the scope of economic justice for women who seek to leave marriages. Additionally, Maneka Gandhi, responding to a Parliament question, reaffirmed the government’s position that it would not criminalise marital rape, though she appeared to be contradicting her own personal views on the matter. She later retracted the answer, clarifying that the government was “serious” about marital rape, but that legislation could not be enacted until women came forward to report incidents of marital rape and the government was able to gather data.

>While the Rajya Sabha passed the Rights of Transgender Persons Bill in 2015, the Bill has yet to be introduced in the Lok Sabha. The Lok Sabha has, twice, failed to introduce bills that would amend Section 377 of the Indian Penal Code, which penalizes ‘carnal intercourse against the order of nature’. If enacted, the bills would decriminalise consensual same-sex relations.

BJP-led state governments in Rajasthan and Haryana have added to the contradictory messages surrounding social justice issues. The Centre has launchedschemes to assist Scheduled Caste and Scheduled Tribe entrepreneurs; but in 2015, Rajasthan and Haryanaintroduced educational qualifications for candidates contesting Panchayat polls. The move has been criticised on grounds, amongst others, of disproportionately affecting women and Scheduled Caste candidates. One report states that 83% of the Dalit population of Haryana stands disqualified. The move opened up the BJP to the charge of caste-based discrimination, which their opponents in the 2015 state elections in Bihar werequick*toexploit.

The NDA government has so far offered economic solutions to social justice issues. Structural and cultural aspects have been ignored or downplayed; hence the contradictions in the government’s approach to the questions and issues raised by women and other marginalized sections of society. Nonetheless the Prime Minister has been vocal on the issue of women’s empowerment. As two years of his term draw to a close and the third begins, it remains to be seen if his government will put a holistic idea of women’s empowerment into action.

The author wishes to thank Rahul Menon for his comments and suggestions.*The link is to a video in Hindi. 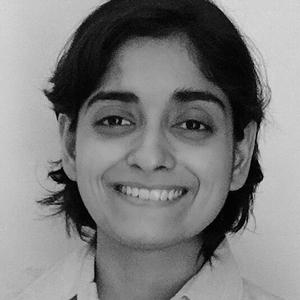