Women’s empowerments are core to global economic development, particularly, in Ghana where activities that women participate in form significant and integral portion in the country’s economic fabric. Attaining gender equality is crucial to the Sustainable Development Goal (SDG) 17. The wealth creation abilities of women are important contributor to their empowerment (Doss et. al. 2019), therefore, making financial inclusion very important in helping to attain women empowerment. Access to financial service such as savings accounts, loans, payment services, insurance, pensions etc. enable the households engage in intertemporal optimization of their accrued resources to enhance welfare. Therefore, women participating in the financial system is integral in addressing disparities that have characterized achieving the SDG 1.

Women have lagged in the financial inclusion process, despite significant achievement attained for the general economy. Data from the Global financial index suggests about 29 percent of adult Ghanaians (15+ age) owned formal accounts and uses mobile account as at the year 2011. This figure increased to 41 percent in 2014 and further to 58 percent in 2017. The increasing trend suggests a reduction in the Ghanaian populace excluded from the formal financial sector. This notwithstanding, women access to financial services lagged below the national average. From Table 1, while men access to financial accounts increased from about 30 percentage point from 2011 to about 62 percent in 2017, women increased only by 27 percentage point to 54 percent within the same period (FinDeex, 2017). Accordingly, the gender gap of 5 percentage point that existed in 2011 increased by about 3 percentage points by 2017. This gap exists among most of the components in the financial inclusion definitions. For example, the gender gap for ownership of financial institution account, mobile money and digital payments are 8, 10, and 11 percentage points respectively in 2017, which represent increase of 1, 2, and 4 percentage points respectively relative to 2014 estimates. The statistics suggest the gender gap keep widening as showed in figure 1. The burgeoning question is what account for this gap widening, and what can be done to reduce these trends?

The DFS policy offers opportunities to address financial inclusion in Ghana due to the tremendous growth in digital services over the years. However, the policy leveraging on digital growth presents opportunities to address financial inclusion more easily for men than women. This is because of the uneven growth in digital service for men and women over the years. For example, the Findex data shows that while mobile money grew by 30 percentage points between 2014 and 2017 for men, it only grew by 22 percentage point for women. Similarly, digital payment grew by 27 percentage point from 2014 to 2017 for men but grew by 20 percentage points for women. These uneven growth accounts for the gap between men and women access to financial services. Therefore, the DFS leveraging on digital growth has the tendencies of widening the gender gap if directed efforts are not taken to address the barriers women face in accessing financial services.
The DFS policy can improve on women inclusion through the following measures, First, policy should be directed at increasing women access to mobile phone and appetites for using mobile money. Studies suggest that women are less likely to hold mobile phones mainly due to lack of fund to procure. Those with access are also less likely to use digital finance services because of lack of financial literacy. For example, a World Cocoa Foundation study of rural cocoa farmers in 2018 found that women were 20 – 30 percent less likely than men to have a mobile money account, bank account, or both. About 50 percent of those without account cited lack of fund as the reason for not having an account. Therefore, creating an environment to increase returns on activities that women are dominated in participation is a starting point of addressing the fund issue.

Also, policy should be directed at enhancing financial literacy among women. The World Cocoa Foundation study in 2018 shows that about 17 percent of women had negative view about digital services and as such makes them uncomfortable using such services. Therefore, actions that will further worsen the views should be mitigated especially when digital service is driving the inclusion. For example, information on the electronic levy – which seeks to tax digital services – should be managed well in order not to worsen women’s accessibility and usability of digital services, consequently affecting the gender gap.
Again, formal identification also depresses women uptake of DFS. The challenges involved in accessing formal identification like the Ghana card should be addressed urgently.

Spending and the catastrophic impact of social expectations 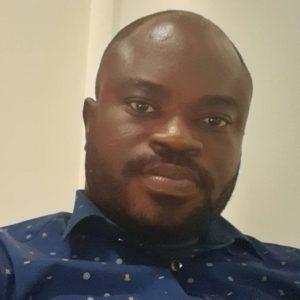 Richard K. Ayisi is an economist with the Department of Economics of University of Ghana. His research focus on incorporating the idiosyncratic characteristics of developing economics in economic models to develop policies that incorporate country’s specific characteristics. His research interest spans across development macroeconomics, monetary and financial economics, regulatory economics, among others. Richard holds a Ph.D. Economics degree from University of Milan, and MPhil and bachelor’s degree from University of Ghana.